NSW Labor … it just gets worse

Just when you might have thought, with the holidays looming, that things could not get worse with the New South Wales government, along comes a decision to try and muzzle a Legislative Council committee enquiring into the circumstances of the late-night signing of agreements to raise billions from electricity assets.

Hurry up, March. Just when you might have thought, with the holidays looming, that things could not get worse with the New South Wales government, along comes a decision to try and muzzle a Legislative Council committee  enquiring into the circumstances of the late-night signing of agreements to raise billions from electricity assets. 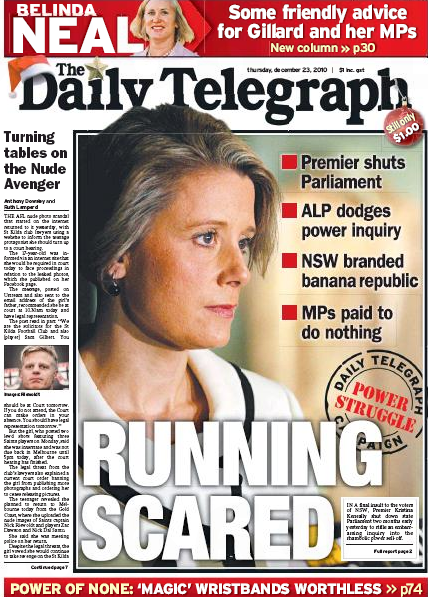 All this ham-fisted attempt to avoid public scrutiny will do is further reinforce the appalling reputation of this state Labor government. Talk about making things easy for Opposition Leader Barry O’Farrell whose Liberal Party, incidentally, is doing far better in Newspoll than I suggested earlier in the week. Since the last election the NSW Libs vote has actually risen by 13 points. It is the reported vote for the Nationals that makes things for the Coalition look not so good. Newspoll puts support for the Nationals at 5% compared to the 10% recorded back in March 2007 but there is some evidence that pollsters understate the Nationals vote. In any event, a combined Coalition vote this coming March at Newspoll’s 45% level would be a significant achievement — our past three results were 34 (in 1999), 34 (2003) and 37 (2007).

A rugby-led recovery. Never fear, the World Cup’s nearly here. New Zealand’s Finance Minister Bill English told his countrymen this morning not to panic about gross domestic product declining by 0.2% in the September quarter. Growth will accelerate next year, predicted Mr English, buoyed partly by the country hosting the Rugby World Cup finals, and keep the recovery intact. He made no forecast about the extent of the depression that would follow the All Blacks not winning.

India’s curry crisis — an onion update. Just a little update on yesterday’s chunk about India’s political crisis. The onion shortage has now morphed into the Great Onion Robbery as speculative traders are making super-profits by fixing prices in the onion trade while the government is playing around with ad hoc fixes. Even as citizens are yet to come to terms with skyrocketing prices of onion, reports the Times of India, rates of another important fruit, the  tomato, which has soared in the national capital due to supply crunch and export of the item to Pakistan. 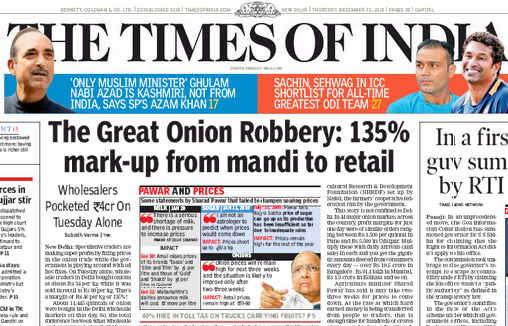 My silly season contribution. The Crikey email going on Christmas-New Year holidays deprives me of the opportunity to contribute to the feast of silly season yarns that are in store for regular newspaper readers in the fortnight ahead so I thought I should get in early with this contribution sourced from this morning’s edition of The Press. 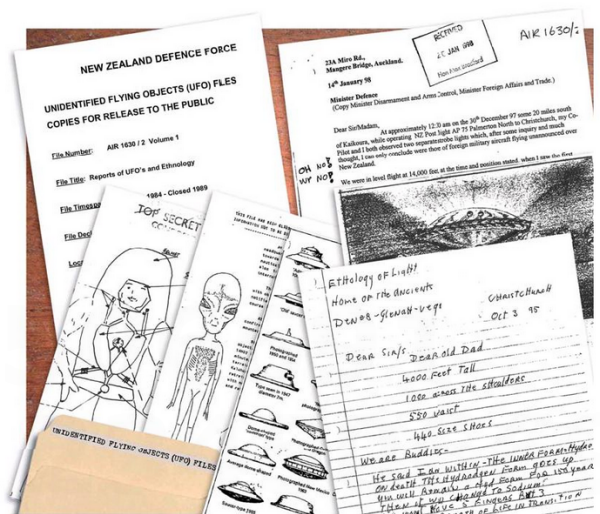 More than 2000 pages of formerly classified files were released yesterday.

Sketches of a “spacecraft” sighted over the Wairau Valley.

Letters from a Wellington mechanical engineer who claimed to have deciphered a tabloid that “detailed a drawing of a machine that is several thousand years old”.

300 pages of correspondence from a Christchurch man with accompanying sketches, detailing his contact with aliens over a 20-year period.

Oh, Richard!
Onion is not a fruit.
Normally I would ignore a slip like this, but, after all, you are a Farmer.
Thanks for another fine year.

Dear Mattsui
I plead not guilty. Twas those Indian journos what said it.