Gina and tonic of strange bedfellows

And the end result of that invasion of Iraq? Christians are trying to quit the country to avoid being murdered and those that remain are too scared to celebrate Christmas.

All over again. For an old fellow who in his youth spent much time in Perth helping Max Newton launch a newspaper for Lang Hancock and his partner Peter Wright, I have read with much interest the piece by Luke McKenna on Crikey’s stablemate website Business Spectator about the efforts by Hancock’s daughter Gina Rinehart to gain political influence.

Like father like daughter it appears with the fervent family commitment to a capitalism unfettered by government continuing. The major difference, perhaps, is that Rinehart will not be wasting her millions on newsprint and may even get a modest return, as well as some influence, by investing in the Ten television network instead.

She does, though, appear to have some peculiar associates in her mining lobby group, Australians for Northern Development and Economic Vision, with the climate sceptic Ian Plimer and that campaigner against company, income and profit-based taxes John McRobert prominent among them.

The West’s magnificent victory in Iraq. And the end result of that invasion of Iraq? Christians are trying to quit the country to avoid being murdered and those that remain are too scared to celebrate Christmas. “The Christians of Kirkuk will not celebrate the feast of Christmas this year, except for masses, which will not be held at night but at 10.00am, after myself and 10 other Christian personages received threats from the so-called Islamic State of Iraq,” Chaldean Catholic archbishop Monsignor Louis Sarko said overnight. “I fear that Christians will be targeted, which is why all ceremonies have been cancelled.” What a victory it was!

Grim Irish news continues. Their Parliament passed the draconian budget, the bailout money from from the European Central Bank and the International Monetary Fund appeared to have been negotiated but the bad news for the Irish just keeps on coming. The latest instalment is that the ECB has expressed “serious concerns” that a new law in Ireland could force the central bank to take losses on the collateral it accepts in exchange for loans to commercial banks.

Reuters reports analysts as saying they expected Dublin officials would work out the issue with the ECB and that for now they did not expect it to lead to any major upheavals or threats in the capital being provided to Ireland and its banks but the doubt has been enough to see interest rates rising again. 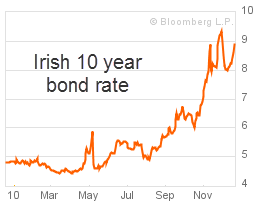 Still, the economic woes have not stopped the singing and dancing and there is great national pride in the band the Irish Times recently described as “the best band in the world that nobody’s ever heard of”. 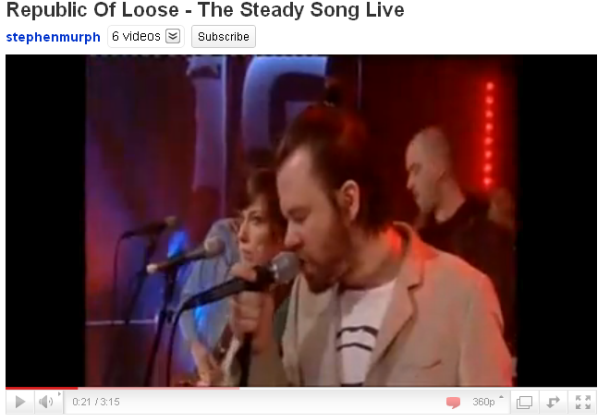 An onion story to make a politician cry. So Julia Gillard thinks she has a few political problems. What about India’s Prime Minister Manmohan Singh? He’s confronting a real crisis. A curry crisis. His country has run short of onions!

Professor B.B Bhattacharya, a leading economist at New Delhi’s Jawaharlal Nehru University, told the Telegraph that the humble onion had often been the cause political unrest and its dramatic price rise could sting the government. “A couple of years ago, the BJP government was discredited after the price of onions went up. Onion price hikes have a history of political fallout. Both government and people react to it. Fear will encourage the hoarding of stocks that will further take the prices up,” he said.

Gutsy Gillard gets a 10

NSW Labor … it just gets worse

Whatever else he may be, Ian Plimer is primarily an economic (i.e. minerals) geologist, so it’s hardly “peculiar” that he’s in a mining lobby group.