That NSW opinion poll verdict — A remarkable thing about that Newspoll verdict today on politics in New South Wales is not just how poorly Labor is doing but just is how few of the discontented Labor voters have actually turned to the Liberals and the Nationals. The predicted Labor vote is down a massive […]

That NSW opinion poll verdict — A remarkable thing about that Newspoll verdict today on politics in New South Wales is not just how poorly Labor is doing but just is how few of the discontented Labor voters have actually turned to the Liberals and the Nationals. 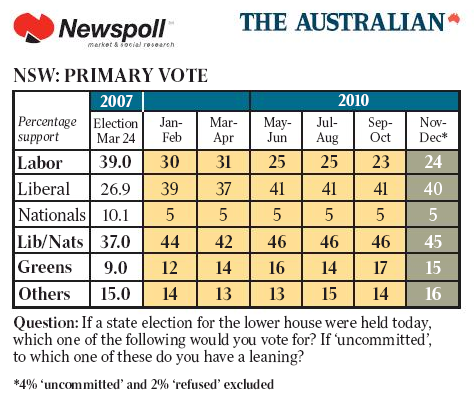 The predicted Labor vote is down a massive 15 percentage points (a fall of 38.5% for goodness sake!) but the Coalition has only gained eight of those points (a 13.5% increase). The big beneficiary appears to be the Greens and together with independents and other parties the non-major-party share is put at 31% by Newspoll. That suggests a major disillusionment with the traditional two-party system of government.

Gillard on competition. The Prime Minister put the principle of the benefits that come from competition in a beautifully succinct fashion when she participated yesterday in the release of more details about the National Broadband Network:

I hope Wayne Swan was listening and takes notice as he stumbles along trying to work out how to get Australian banks to offer lower interest rates and charges to their customers. Allowing the bank mergers of the past decade was a serious mistake and policy should now be concentrating on ways to make the big four smaller rather than allowing them to get bigger. 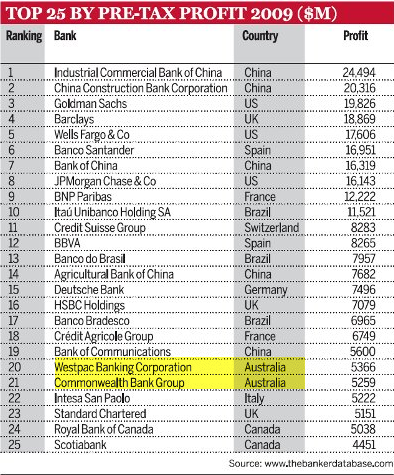 The mining tax mistake. Handling the planned introduction of a resources rent tax has to be the biggest stuff up in these four years of Labor government. New taxes always upset those they are levied on and the best way of countering that opposition is to have the winners outweigh the losers. This should have been put to the people as a clear alternative: either mining companies making super profits pay to get the budget deficit down or you ordinary wage and salary earners can pay. Treasurer Wayne Swan tried to be too clever by half with his talk of superannuation and investment in infrastructure.

An austere year. Austerity is topping the list at Merriam Webster as the most looked-up word for the year. The on-line dictionary says look-ups for austerity peaked dramatically several times throughout the year, as people’s attention was drawn to global economic conditions and the debt crises in Europe, but look-ups also remained strong throughout the year, reflecting widespread use of the word in many contexts. Defined as “enforced or extreme economy”, “Austerity clearly resonates with many people,” said Peter Sokolowski, editor at Large at Merriam-Webster, who monitors online dictionary searches. “We often hear it used in the context of government measures, but we also apply it to our own personal finances and what is sometimes called the new normal.”

Number two on the list is pragmatic, a word that rose steadily in searches this year, both during the election season and the political negotiations that followed. “In a way, the popularity of pragmatic is reminiscent of 2005, when integrity was the most frequently looked-up word,” said John M. Morse, president and publisher of Merriam-Webster. “In both cases, I think the word described a quality that people value highly, want to understand fully, and are looking for in their leaders.”

Although several words on this year’s list reflect a somber national mood, one notable exception is ebullient — “having or showing liveliness and enthusiasm” — which leaped to the top of the searches as the world watched the rescue of the Chilean miners. 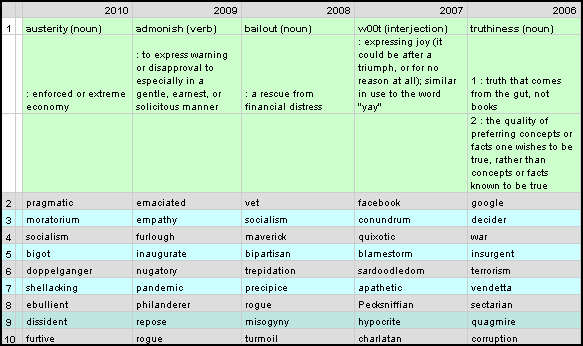 Hasta la vista, baby. But only from Californian politics. Arnie is not finished with public life yet. 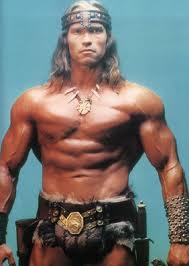 “I’ll Be Back” – The Terminator, its sequels and other Schwarzenegger films as well as public speeches throughout his career.

As his term as Governor of California draws to its end, Arnold Schwarzenegger is considering a life in Washington where he thinks he would be a most suitable energy czar for Barack Obama. Yesterday he declared himself a “very big believer in environmental issues” and said he wanted to build, at the national level, on legislation he enacted in California to reduce greenhouse gas emissions. His “celebrity power, knowledge and experience” made him an ideal person to appeal to the American public at large on environmental issues. “People are very receptive when I talk about these things because I’m a Hummer driver not a tree-hugger.” 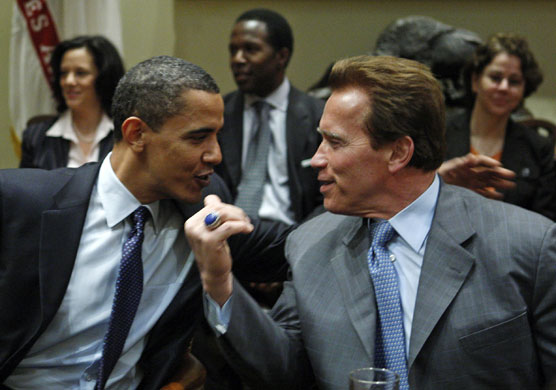 “Treasurer Wayne Swan tried to be too clever by half with his talk of superannuation and investment in infrastructure”:

No, actually. I prefer investment in national savings and infrastructure to cheap populist non-policy giveaways.

The problem has been brain-dead media commentators such as yourself who are incapable of thinking beyond Howard-style handouts to corporate and upper-middle class welfare bludgers.

I suggest the fact that former Labor voters haven’t just switched to the Coalition demonstrates the falsity of the claim frequently made in Crikey that ideology is dead. Clearly big numbers of voters take ideology into account even when disinclined to vote for a party they perceive as incompetent.

@ Gavin Moodie
Not sure it is ideology. The Labor/Liberal choice in NSW appears to me to be proven incompetents versus yet to be proven, but strongly suspected incompetents.

How is the NSW Coalition’s incompetence proven? It has several poor policies, but it hasn’t had a chance to demonstrate whether it can implement them competently.

Fallacious as it is given OPV, if that poll was reflected in seats it would be 22 Labor, 37 ‘Liberal’, 5 National, 14 Greens, 15 others. What chance a hung parliament?
All state governments are incompetent, the oppositions are incompetents-in-waiting.