New Matilda saved. On Wednesday the mammoth subscriberthon to save New Matilda received a last minute reprieve in the form of an interest-free loan. But owner and editor Marni Cordell and associate editor Catriona Menzies-Pike — who had hoped to raise the $175,000 budget target through subscriptions — delayed making a decision on the future of the commentary and analysis website until they’d taken another look at the figures. Well, it’s finally official:

Hold onto your hats: New Matilda will be online in 2011! Hooray!

We’ve done the maths and we’re prepared to head into the new year with an interest-free loan to help us make up our budget shortfall. We’ll have to pay it back, of course, so we’ll continue to seek donations in the new year.

…In addition to the work of NM’s regular cohort of writers, you can expect more data-driven journalism in 2011. We’re lining up longer view investigative projects too. There’s a shiny site redesign to implement as well which will help you access articles on the site more easily. The NSW state election will be on our immediate horizon when we return.

They will be taking a much-deserved break and the new New Matilda returns to publishing on February 1. — Amber Jamieson

The event’s special guest was none other than the outgoing Member for Broadmeadows, John Brumby, who delivered a colourful address recalling the zany hits and memories of the Spring Street crew, with hacks gifting him an engraved letter opener in return. 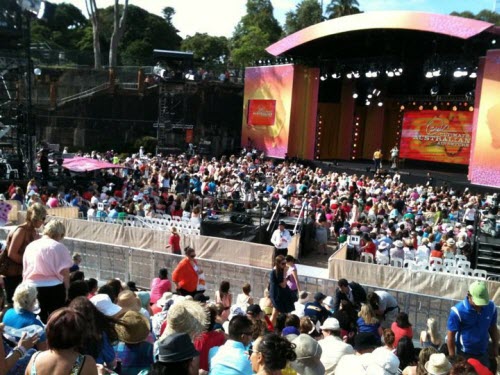 Amusingly, a very sober deputy opposition leader Rob Hulls, who during the campaign weirdly described himself as Brumby’s “Robin”, arrived at the venue to ferry his Batman away as the stroke of midnight loomed.

The festival of tears will continue this weekend, with private office congregating for some more melancholy at JB’s Harcourt farm, where the ex-premier been cooling his heels following Labor’s drubbing. Brumby is expected to pull the pin early next year once a preselection parachute can be assured for his prodigy, outgoing ALP state secretary and former staffer Nick Reece. — Andrew Crook

Heard something in the back rooms? And what’s your local pollie up to? Crikey wants to know — send us your on or off-the-record tips.

Does Fox News make you dumb? Some would argue Fox News devotees aren’t the sharpest tools in the American news shed — and now we have the empirical data to prove it. A survey conducted by World Public Opinion, a project initiated by the University of Maryland, has found Fox News viewers are “significantly more misinformed than consumers of news from other sources”. So Glenn Beck isn’t a wellspring of informed enlightenment?

Participants were quizzed on several leading US news items, with their responses measured against the facts. Here are just a few choice misnomers, as propagated by the Fox News crew:

WikiLeaks scores a nerdy twin. In marketing, they say brand recognition is everything — unless you’re a fledgling website, struggling to divert attention away from a famous relative. EveryMap is a new Australian site where locals can “share public information on a free, open and transparent platform”. Sound familiar?

For clarity’s sake, the finger-on-the-online-pulse PR minds at EveryMap decided to dispel any inaccurate comparisons between their site and the now-infamous WikiLeaks with a blazing headline for their first media release:

If WikiLeaks is the online equivalent of a guerrilla fighter, then EveryMap is that kid who always offers to clean the whiteboard after class. The media release makes painfully explicit that EveryMap, unlike WikiLeaks, is about sharing “local news & happenings, not international politics, though the principle of anonymity still applies”. Locals can upload information to meet the pressing challenges of suburban life, such as “potholes” and “graffiti”.

Forget Clinton calling China our “banker” or that Arbib is an American mole — potholes around Australia, your days are numbered. — Crikey intern Alexandra Patrikios

“When the lights dim on his desk this evening, Larry King, the primetime interview host for CNN for the last 25 years, will hang up his trademark braces and cede his throne to the British talent show judge and former editor Piers Morgan …” — The Independent

“Click on cable television or flip to the opinion pages, and you’ll discover that whenever things aren’t going the president’s way, it’s because he has lost control of the narrative. In other words, the Obama camp is desperately in need of a re-write.” — The Daily Beast

American newspaper open to the public

“At the new offices of The Register Citizen in this faded old mill town, there’s a sign out front welcoming residents to come in for coffee and muffins at the Newsroom Café … Mimeographed fliers reading ‘Public Welcome!’ invite people to walk in and participate in the 4 p.m. story conference …” — The New York Times

“According to our LinkedIn profiles, a great many of us tend to describe ourselves as motivated team players with extensive experience. Ironically, ‘innovative’ is the second-most clichéd word found in LinkedIn profiles. You’d think we’d be able to be more innovative with our vocabularies, no?” — Mashable

How the iPad will change tabloid magazine covers

“The cover of a celebrity magazine is crucial when it comes to sales. It will play an even larger roll on the IPad starting in 2011. Here’s how…” — The Huffington Post

“Two years after being ousted from the role of Fairfax Media chief executive, David Kirk has reaffirmed his interest in the media sector. He has made a $5 million investment in Sydney-based online video and digital media group Viocorp International …” — The Australian

“I am genuinely disappointed to have this Fairfax magazine insert depart the domestic media landscape, partly because it was the one Australian men’s magazine that didn’t reinforce a macho and s-xiest attitude or have (male) t-ts on the cover, but mostly because of the talented staff … But it didn’t bode well from the outset.” — Mumbrella