WikiLeaks editor-in-chief Julian Assange is free tonight, after the High Court in London rejected the appeal made against his bail by the Crown Prosecution Service. Guy Rundle was there to hear the Assange defence.

WikiLeaks editor-in-chief Julian Assange is free tonight, after the High Court in London rejected the appeal made against his bail by the Crown Prosecution Service.

Assange is wanted for questioning in Sweden in the investigation of four separate incidents of alleged sexual assault and violation of sexual integrity.

Surrendering voluntarily to a European Arrest Warrant on December 7, Assange was initially denied bail due to his uncertain residency in the UK and lack of a permanent address. At a second hearing on December 14, bail was granted under conditions of electronic tagging, residence at a Suffolk mansion and £200,000 cash deposit plus additional sureties.

The Crown Prosecution Service appealed the decision, delaying Assange’s release for two days. They argued that there had been no significant change in the conditions offered by Assange and his supporters, and that additional sureties were of little import — as they were political supporters and would be potentially supportive of a decision to abscond.

Assange’s defence, presented once again by Geoffrey Robertson QC, was that the onus was on the prosecution to prove the need for bail, that Assange does have a powerful motive not to sully his integrity by absconding, that lack of a fixed address was per se no measure of likelihood of flight risk, and that Assange’s problems with frozen bank accounts meant that he was not exactly the international man of mystery he was supposed to be.

Justice Ouseley in reviewing the case appeared to give weight to both sides as regards incentive for flight, while ultimately agreeing with the defence’s contention that there was substantial incentive not to flee. However, he required a wider network of people to stand surety, with the defence offering up eminent journalist Phillip Knightley, former Oz magazine publisher Felix Dennis, and various academics, and grandees.

Several of these had to be located at quick notice across the country, leaving Assange in limbo until six pm. When all the documents were signed, he made a brief speech thanking people and British justice ‘when it works’, and then climbing into his guarantor Vaughan Smith’s modified armour-plated car for the drive to Ellingham Hall, the country pile where Assange will spend at least the next month or so.

Here’s a selection of photos taken by Rundle at the hearing. 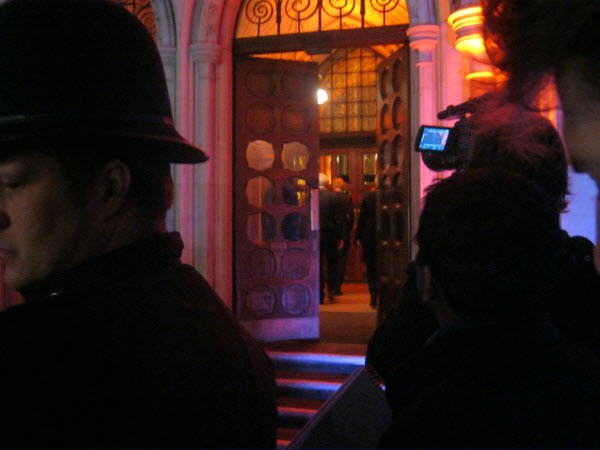 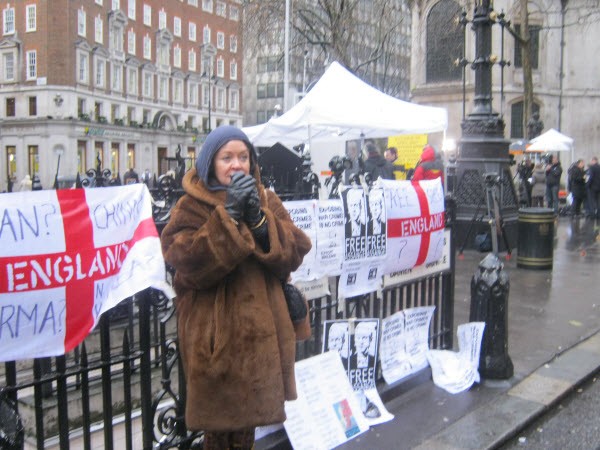 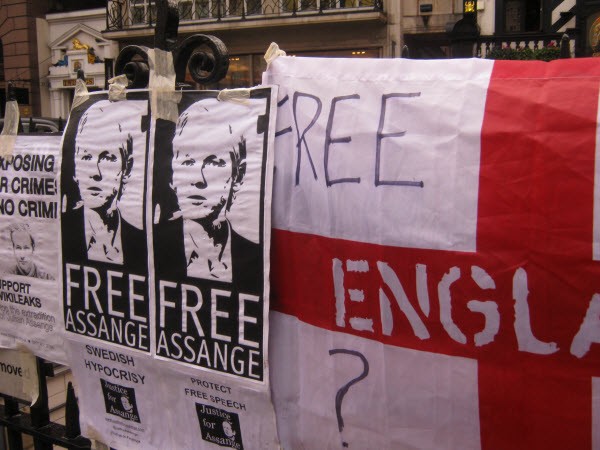 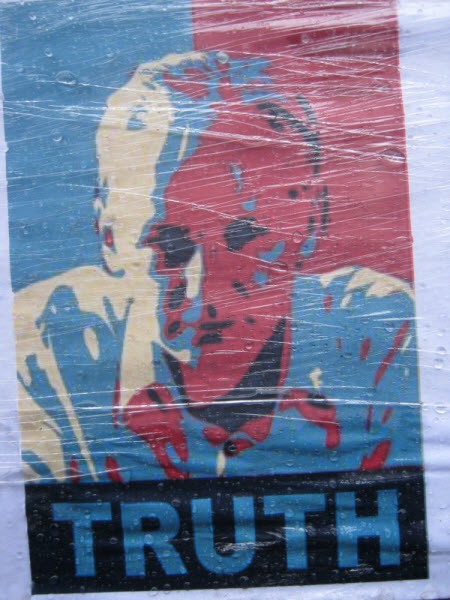 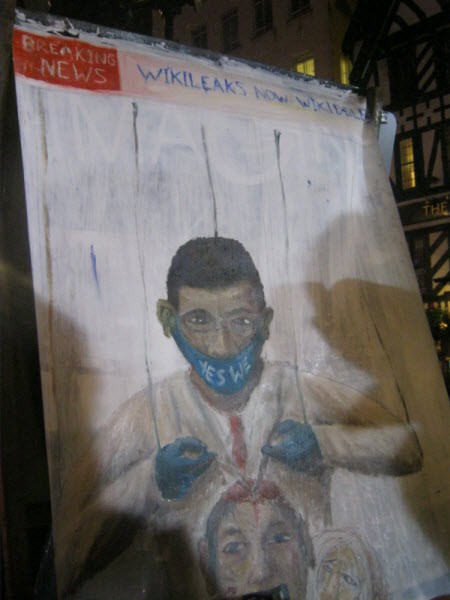 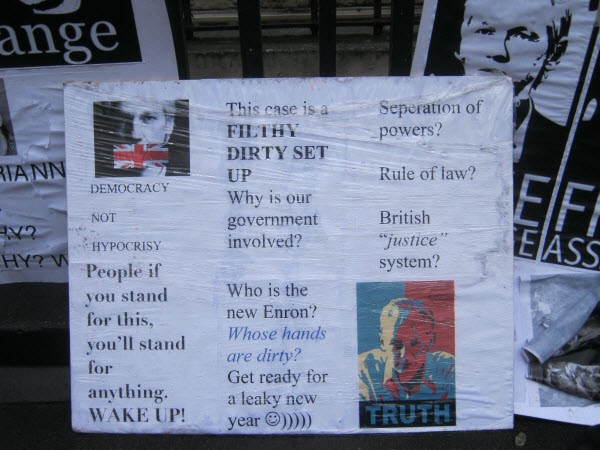 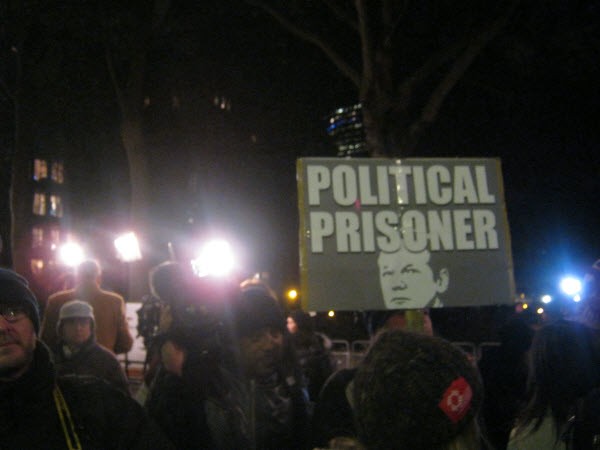 So he got out? Congratulations! But he still hasn’t answered the allegations made against him.

@TroyC: Do you mean except for the repeated instances where he and/or his legal representation have said, “The allegations are false, untrue, completely made up, piffle”?

No, Martin, under cross-examination.

Am I the only one who is gobsmacked by the bail conditions? You’d think Assange was charged with stealing the crown jewels of Ruratania, not a relatively minor offense such that if he is convicted–and the evidence is very flimsy– he would unlikely be imprisoned. The British Crown Prosecution “Service” again shows what a disgrace it is. This is the same mob that refused to prosecute cops that effectively beat to death a newsagent caught up in a demo.

@TroyC – that’s because he hasn’t been charged (well, there’s talk of one charge still hanging around from the first, or was it the second, or maybe even the third, Swedish prosecutor to have got their paws on the allegations).

A person is cross examined when they go to court. Having been charged.

So, what’s your point here, dear?