An old friend from my university days has kindly sent me a page from an ASIO document he received after making a freedom-of-information request about himself and I am puzzled to find a reference to myself in it.

Why were they interested? An old friend from my university days has kindly sent me a page from an ASIO document he received after making a freedom-of-information request about himself and I am puzzled to find a reference to myself in it. The page is dated 14 June 1972 and records that “further to telex No. CM0506001, the following information has been elicited from a source (known to Mr. D.H.MARSHALL and considered reliable) who attended the University of Tasmania with FARMER.”

My puzzlement is not at the contents of the information. Leaving out the reference to my friend (described as a self confessed homosexual under whose close influence it says I was without noting that the cause of the friendship was a desire to curry favour with a girl friend he had gone to school with) it records that I was a member of the University Labour Club (in fact I wasn’t because to my knowledge there was no such club); that “FARMER has always given the impression that he enjoys independent means of support (I suppose I did because I had a full time job as a journalist at the time); and “FARMER was always in the forefront of cultural movements at university and was a force in every club or society which was then considered ‘bohemian.’ ” (which I guess means I pranced around on stage for the Old Nick theatrical society.)

Searching for the relevance of this information I can only speculate that the inquiry had something to do with my having just replaced Alan Reid as the political correspondent of the Sydney Daily Telegraph and that the paper, under the new ownership of Rupert Murdoch, had become a supporter of Gough Whitlam’s effort to become Prime Minister. ASIO making inquiries on behalf of a worried Liberal Government? Surely not.

One in six workers are with the government. Australian Bureau of Statistics figures out this morning show public sector employment of  1,843,500 in June 2010, up from 1,807,400 in June 2009. That’s about one in every six workers being employed by a state, federal or local government. 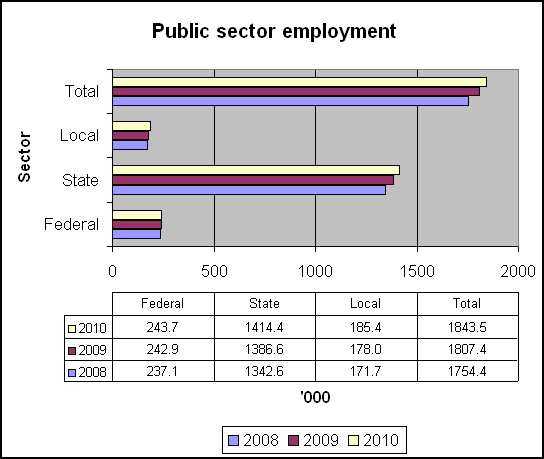 Preparing for a nuclear attack. The New York Times reports this morning that the Obama administration is wondering how to inform the people how best to handle a nuclear explosion caused by a terrorist without terrifying them all.

Quite a difficult feat I grant you but if you are interested yourself the Federal Emergency Management Agency has a child’s guide to precautions. 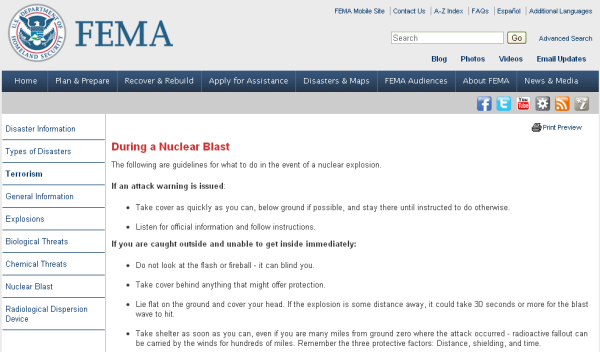