So where was Little Richard?

A sunny Sydney. That beautiful harbour as the backdrop. A song about prayer to close the program. But why oh why this Bon Jovi fellow?

Worry about public opinion not the competition regulator. There will not be much relief for Treasurer Wayne Swan in the opinion of the Australian Competition and Consumer Commission that Singapore Exchange Ltd’s bid for ASX Ltd wouldn’t adversely affect competition in exchange services.

Oprah misses a memorable opportunity. A sunny Sydney. That beautiful harbour as the backdrop. A song about prayer to close the program. But why oh why this Bon Jovi fellow? What a perfect opportunity for Oprah to bring back one of the great memories of rock’n’roll — the day when Little Richard found God and threw his $8000 ring from a harbour ferry.

As Wikipedia tells the story:

In early October 1957, on the fifth date of a two week tour of Australia, Penniman was flying from Melbourne to appear in front of 40,000 fans in concert in Sydney. Shocked by the red hot appearance of the engines against the night sky, he envisioned angels holding up the plane. Then, while he performed at the stadium, he was shaken by the sight of a ball of fire that he watched streak across the sky overhead. He took what was actually the Russian satellite Sputnik as another sign to quit show business and follow God. The following day he departed Sydney on a ferry and threw his $8,000 ring in the water to show his band members that he was serious about quitting. The plane that he was originally scheduled to fly back home on ended up crashing in the Pacific Ocean, which he took as confirmation that he was doing what God wanted him to do.

The old rocker is still alive and rockin’ and surely this would have been as appropriate for the Oprah Winfrey occasion as Bon Jovi’s Livin’ on a Prayer: 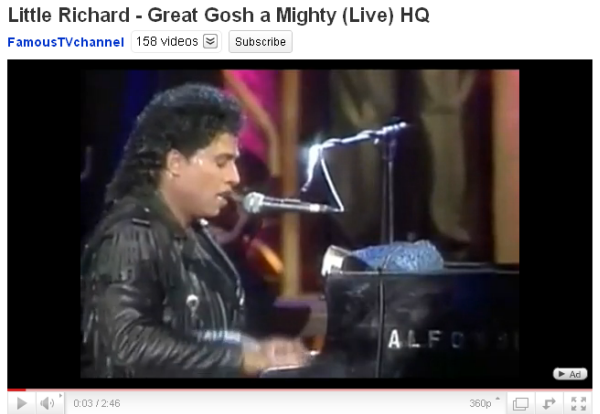 The Crikey Oscars indicator. It’s getting around to that “best of” time of the year and there is no bigger election of this kind than the Oscars. So here is the opening prediction for the year’s best film as measured by the Crikey Oscars Indicator, which is based on what the world’s markets on the event are showing: 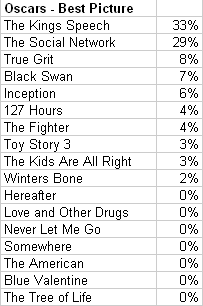 Thumbs up to Singapore takeover of ASX … but with caveats