Telling them the truth but not us

In the latest instalment of the WikiLeaks cables was Kevin Rudd telling a group of US Congressmen one thing when he had been telling us something quite different.

Telling them the truth but not us. Yes, I know. I know politicians tell lies. Everyone knows that. But that doesn’t make it any easier to take when proof of duplicity jumps out of the page at you like it did this morning. For there in the latest instalment of the WikiLeaks cables was Kevin Rudd telling a group of US Congressmen one thing when he had been telling us something quite different.

A cable from October 2008, the story said, which records what Mr Rudd told a group of visiting US congressmen, says he ”concluded by noting that the national security establishment in Australia was very pessimistic about the long-term prognosis for Afghanistan”.

And then: Mr Rudd also told US politicians that ”he supported the Afghan war ‘from day one’ but confided that ‘Afghanistan scares the hell out of me’.”

Send one to Tamas for Christmas. From Matt Davies, the editorial cartoonist for The Journal News (New York), comes this official global warming debunking tool. 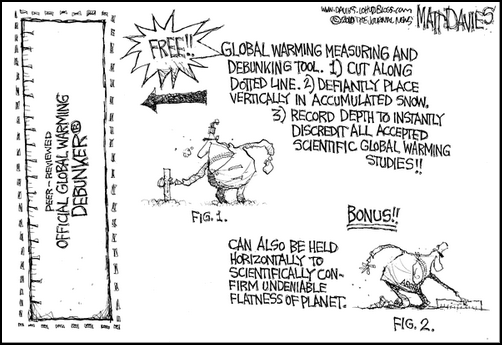 Bring back the relaxed and interested Kerry. I know he will be back but I hope it’s as more than just a talking head introducing Four Corners. The Kerry O’Brien I’ll miss is the one that occasionally did for The 7.30 Report those rather laid back chats with writers, artists, actors and other interesting people.

Michael Flatley’s really from Chicago. Talk about kicking an Irishman when he’s down! Some visiting television interviewers will stoop to anything. But if you don’t much mind a few “F” words, this little interview gives some perspective to the story in the Irish Independent about bankers in the failed AIB Bank still qualifying for their annual bonus. 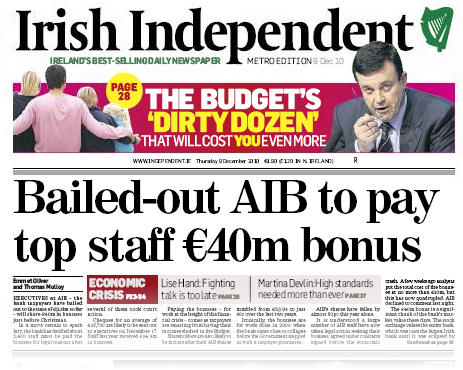 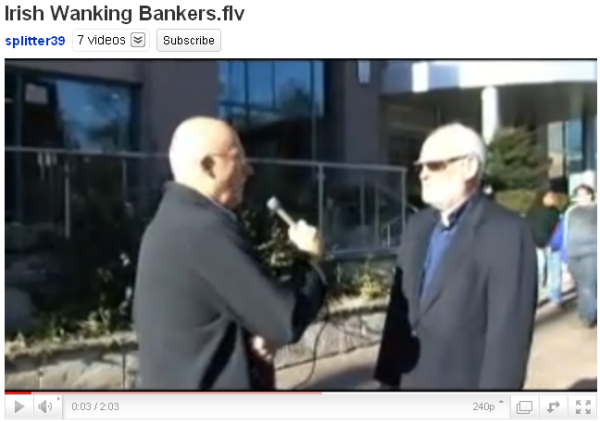 Picking the right year for economic stimulus. An interesting sidelight this morning to the current debate in the United States about tax cuts and such things. Paul Krugman makes the point that the Republicans have outsmarted the Democrats because the boost to the economy from the planned changes will be concentrated in 2011 instead of 2012. And what difference does that make?

Well quite a lot when it comes to voting behaviour apparently. He cites a paper by Princeton academic Larry Bartels that shows Republicans have fared better than Democrats, even though they have generally presided over worse economic performance, because they tend to have faster growth in year that precedes an election. 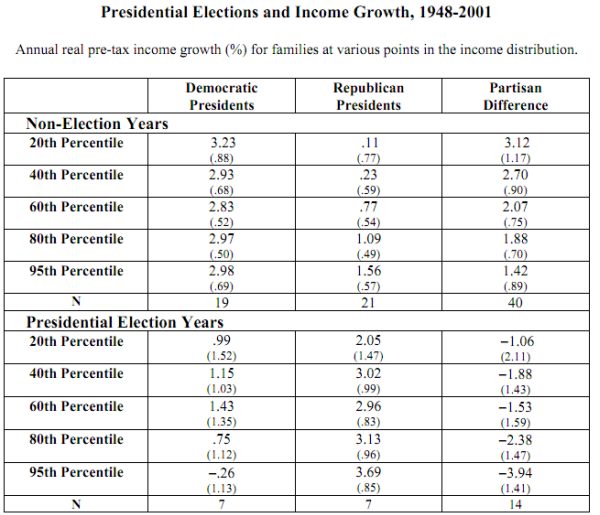 I’ve printed it up, cut it out and deployed it already. Merry Christmas Richard.

Hear, hear, I too will miss those unexpected delights in Kerry’s “arts” interviews.

You need a similar too for the Global Warming evangelists this summer Richard. – They will bring it out on day two of any heatwave.