Dragging out debate in Parliament is “part of the game”

Senator Boswell, like every other Senator, knows that there is no actual point in dragging out debate on the Government's legislation authorising the division of Telstra's retail and wholesale divisions.

Part of the game. National Party Senator Ron Boswell summed it up very nicely on his way into Parliament House this morning. “But that’s part of the game,” he said when commenting on the futility of having the Senate sit for an extra day today and the House of Representatives being recalled on Monday.

Senator Boswell, like every other Senator, knows that there is no actual point in dragging out debate on the Government’s legislation authorising the division of Telstra’s retail and wholesale divisions. The extra hours of talk have nothing to do with making the system of government better. It is just an exercise for an Opposition that thinks opposition is its only role.

For once I find myself in agreement with Labor Senator Doug Cameron who told AAP the opposition’s filibuster tactics show it is “frustrated and angry”.

“They do believe that they were born to rule,” he said.

A little man upsets the little men. There’s nothing big about people who think it fun to make jokes about people’s physical peculiarities. British Prime Minister David Cameron deserves the criticism he is getting for continuing with his Conservative Party’s jokes about the height of the House of Commons Speaker John Berkow.

The London Telegraph reports Mr Cameron regaled guests at a lunch yesterday with an anecdote in which junior health minister Simon Burns’s driver reversed into the Speaker’s car in a Parliament courtyard. The Prime Minister described how the diminutive Mr Bercow appeared and told Mr Burns: “I’m not happy!” To which Mr Burns replied: “Well, which one [of the seven dwarves] are you?”

The Walking with Giants Foundation (WWGF) quickly launched a launched a fierce condemnation of the Prime Minister’s decision to ”glorify” the previous incident. 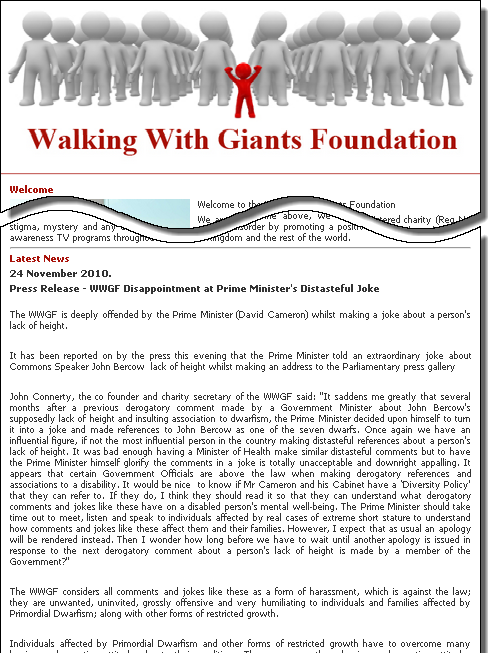 Rampant anti-ranga prejudice. It is spreading. Even the cricket writers now have it in for red-heads. 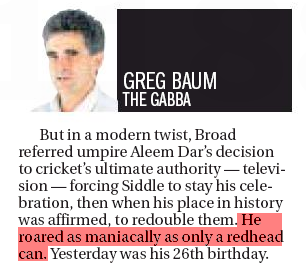 Where is the Listening to Redheads Foundation when it is needed?

The Victorian Election Indicator Update. A minor influence on the market’s expectations from this morning’s opinion polls. Labor now back to a 79% probability of retaining office.

Waiting for the verdict. The voters of Donegal overnight delivered their verdict on Ireland’s Fianna Fail Government with opinion polls pointing to a victory by the Sinn Fein candidate. Counting will not begin until 9pm Melbourne time.

Sinn Fein, which has never been a force south of the Northern Ireland border while Fianna Fail has been in government in Dublin for 53 years of the country’s 84 year history, campaigned on the theme that “now more than ever we should be sending the government a strong message – the IMF should not be here.”

According to the party’s candidate Pearse Doherty, “the decision to bring in the IMF and EU will cause enormous hardship for ordinary people.”

David Cameron acts and sounds like an upper class snob, whose dung doesn’t stink. How many tens of thousands of Labourites are regreting their defection to vote for the Conservatives? It appears the Lib/Dems are telling their leader, we are not happy, as he seems to have gone into political obscurity, according to fellow bloggers in the UK.