Fairfax staff are bracing for a wave of "efficiency" gains across The Age and The Sydney Morning Herald after the company's long-awaited investor briefing this morning relayed the widely-expected news that at least $10 million would be hacked out of the mastheads through a new corporate restructure.

Fairfax staff are bracing for a wave of “efficiency” gains across The Age and The Sydney Morning Herald after the company’s long-awaited investor briefing this morning relayed the widely-expected news that at least $10 million would be hacked out of the mastheads through a new corporate restructure.

According to Fairfax CEO Brian McCarthy, the revamped publisher will comprise nine business units, with the key move being the integration of The Age, The Sunday Age, the Sydney Morning Herald, the Sun-Herald, The Canberra Times and all of their websites into the one grouping, Australian Metro Media, to be headed by a yet-to-be-hired kingpin.

Previously, Fairfax was one of the only publishing companies in the world that maintained a division between its digital and print arms. The change represents a severe setback for Fairfax Digital boss Jack Matthews, who had been involved in a running battle with McCarthy for control of the company’s future.

(“It’s not a case of there’s no role for Jack,” McCarthy reassured the assembled analysts, as Matthews watched on.)

This morning’s marathon briefing was, according to McCarthy, an “opportunity to get the full story from some of the people that make the heart of this company beat”.

His strategic plan, on the table for months, reviewed by Bain & Co and signed off by the board in October, will almost certainly see a modicum of job cuts across the group, with the Metro CEO and a “National Editor” to coordinate section and feature content.

According to an upbeat McCarthy, the hiring would be actioned soon, with rampant speculation that new director Greg Hywood, out of a full-time gig following his resignation from Tourism Victoria, is in strong contention.

“I recognise that change is sometimes a challenging concept for us. However, we must change and adapt as the world around us changes. We must have flexible attitudes to change to achieve the best possible outcomes for our long-term future,” McCarthy reassured staff in an internal email obtained by Crikey.

In order to fulfill his vision of a “true multi-platform company”, each of the businesses will include its own sales force and regional publications would be broken out into their own separate business unit. The cash cow TradeMe and the digital transactions business would be elevated to direct reports.

It is unclear what the changes could mean for jobs. Sydney Morning Herald editor Peter Fray reportedly told journalists this morning there would be “no redundancies”, however earlier speculation suggested that around 100 positions would go as a result of the merger. One Fairfax source described the announcement as a “fizzer”, suggesting news gathering  jobs were safe in the short-term.

But McCarthy was specific on opportunities for cost-cutting. “I’d be very surprised if there wasn’t $10 million in savings to those metropolitan businesses,” the CEO said in response to a question from one analyst. 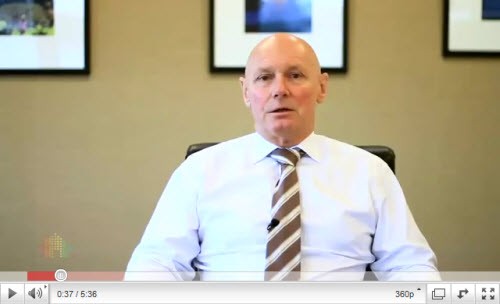 According to Churchill, the appointment of the Metro overseer “would be a major step to address some of the structural issues that have challenged us. Brian has said that this appointment will likely be made before Christmas, with the person in place by February.”

At the investor update, an upbeat McCarthy, buoyed by the absence of notorious shareholder activist Jack Tilburn, seemed extra-chuffed that a company that once relied on Saturday classifieds in The Sydney Morning Herald and The Age for 80% of its revenue, had now shrunk that contribution to “less than 20%”.

The acquisition of INL, Trade Me, the merger with Rural Press and the acquisition of Southern Cross broadcasting had meant the company was now free to embrace the brave new world of online, mobile and transactions. There was “no doubt about the quality of our product”, McCarthy said.

On paywalls, McCarthy reiterated his belief that the “jury was still out” on whether people were prepared to pay for the smh.com.au and theage.com.au’s vanilla offerings, however people would stump up for iPad and iPhone apps, souped-up versions of which will be apparently available early next year for around the same price as their News Limited rivals. Around 50 other apps, including the popular Domain.com.au offering, would be also continue to be leveraged, McCarthy said.

However, it appears the former Rural Press slasher will need to go further to convince the market. Investor reaction to the announcement was muted early this afternoon, with Fairfax shares trading down 0.7% at $1.38.

Simons: Fairfax’s decisions agonising for all

Restructure management but no actual plans on how to radically change and improve the company. No wonder shareholders are completely uninterested.

This should have been done years ago.

Integrating on line and dead tree was obvious once newspapers’ web sites became established, and integrating much of the national and international reporting and analysis of the different mastheads seemed an obvious second step.

I’m amazed they’re still around the culture in there is toxic I’m told.

There is a strong whiff of rotting carcass at Fairfax.
This grand old lady will fall or be bought out soon.
Fairfax has become a ridiculous anachronism, it is a dead parrot.
Try to subscribe to SMH on iPad – it’s a f**king nightmare. Impossible to subscribe without being confronted with many reasons not to.
Then try to subscribe to any News Ltd journal – it virtually grabs you by the throat and drags you in, takes the dough out of your pocket and says thankyou before you blink.
Fairfax is run by the most mediocre conglomeration of useless staff, journalists & management of any comparable company in the world. An embarrassment to Australian media.

I see that you have joined the TV news illiterates using the aberrant term “watching on”. What gives?