The economy maintains primacy, the single political focus for the first time in 2010 as Australian politics seems to return to some kind of normalcy — money, sport and media moguls dominating news coverage.

Wayne Swan and Penny Wong the main movers as Tony Abbott slips to fifth. Is the increasingly subterranean media profile of the Opposition Leader planned or does he just not have much to say, or are the media just focusing more on others? It should be remembered that Tony Abbott regularly received far more coverage in early 2010 than either Malcolm Turnbull or Brendan Nelson did when they were leader.

The visit of Bob Gates and Hillary Clinton and the defence agreement between the US and Australia bumps Stephen Smith back to the top ten, while the ever camera shy Bill Shorten jumps into the top 20 with his brave views on gay marriage — he’ll support it, but only when everyone else does too… 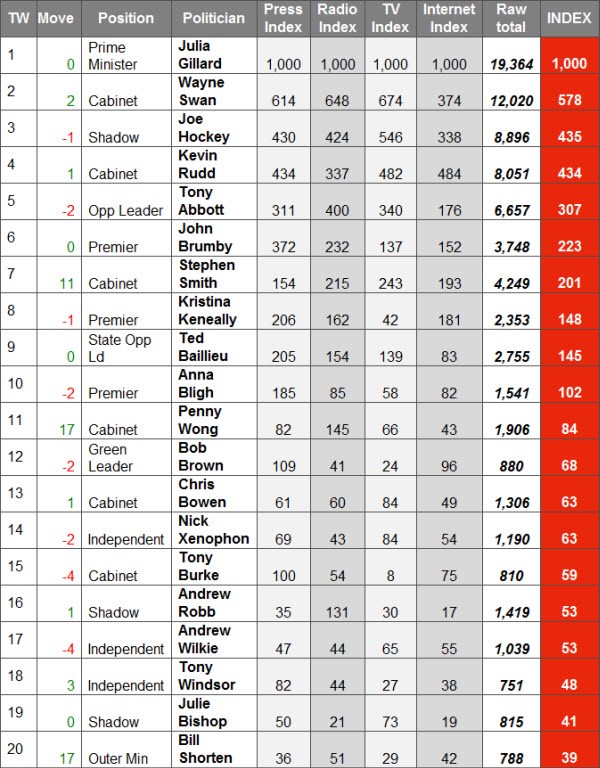 Juila Gillard way ahead in volume on talkback after touring the region, while the Victorian election has everyone mildly excited to middlingly thrilled.

And we thought nobody would be able to set the bar lower than Nate Myles … oh we of little faith.