In today's Media Briefs the ABC pool together resources for the bush, David Marr discusses his use of narcotics, Russian journo left for dead after doorstep beating and more...

ABC pools in the bush. ABC radio rural reporters are simultaneously celebrating and bemoaning an organisational restructure that will see them pool resources with abutting regions starting next year. Currently the Aunty outposts, often staffed by a sole journalist, produce and present their own segments, requiring substantial pre-6am overtime that attracts penalty rates. But under the new arrangements, one reporter will present the program from the office, while the other will hit the road to file stories over the merged terrain.

The program, which was previously trialled in Tasmania, the Northern Territory and Western Australia, will be extended to other issue-contiguous zones including Mildura and Horsham and Port Macquarie and Lismore. Shepparton, located in Victoria, and Wagga, in NSW will share resources owing to the towns’ dual reliance on irrigated water with Bega and Sale exploring a similar arrangement.

Rural reporters were told of the tie-ups a recent talkfest in South Australia and some are livid, with one telling Crikey that they would “lose substantial amounts of money and don’t get as much time on air. Like the foreign correspondents, no [journalist] jobs have been lost, but why should I bust a gut every day when I won’t be on air? This is not what I signed up for.”

But others were sanguine, suggesting that most staffers were in favour of the changes that would enable them to range far and wide, with the gripes put down to limelight hogs unwilling to relinquish their anchorman fantasies. The source said other platforms including the Country Hour, abc.net.au and local radio could take more content, and that high staff turnover and burnout had forced management’s hand.

ABC head of radio marketing Warwick Tiernan told Crikey the new arrangements “will hopefully allow more to content to go to air”, and said the changes had been “welcomed” because they addressed “work/life balance issues.” — Andrew Crook

Marr’s on something. Some stories you can just see coming. Like when Sydney Morning Herald scribe David Marr discussed his love for illicit stimulants:

Marr was in conversation with Peter Lloyd, the ABC journalist jailed in Singapore after being caught with ice. The Gleebooks chat in Sydney, launching Lloyd’s new book on the experience, was broadcast without fuss on ABC News 24 over the weekend as part of the ABC’s Big Ideas series. Lloyd noted at the time: “I think we just went from page three to page one.” Well not quite — it was page five, actually, in yesterday’s Sunday Telegraph:

There was more, in fact. Marr’s danced with ABC journos, too: “I seem to remember seeing some ABC people at parties, but then there’s no way of knowing how or why they were enjoying themselves.”

That, strangely, never made the Tele story. Nor, less surprisingly, did what followed: a discussion (we can highly recommended the fascinating hour-long chat) on why the mainstream press can’t talk sensibly about drug use. As Lloyd stated:

“Take News Limited out of the equation and you probably can talk about it. The Daily Telegraph and the rest of that corporation’s newspapers are the driving force behind moral panic in this country. Join with them commercial television, Channel Seven and Channel Nine and Ten. I’ve worked at two of those places; they drive moral panic and the agenda that they have is set by The Daily Telegraph in Sydney, and in Melbourne it’s the Herald Sun. If people stopped listening to them, if politicians stopped listening to them, then you wouldn’t have the moral panic we’re talking about.”

Marr responded: “I have nothing to add to that.” So is Marr in trouble? He didn’t want to comment to Crikey this morning, and Fairfax representatives didn’t respond to questions. — Jason Whittaker

First Ablett, then Bomber, now KFC! Just when the good burghers of Geelong thought that it couldn’t get any worse … So what do the people think? By people, we mean 12-year-old McDonald’s employees…

“Labour deputy leader Harriet Harman has questioned David Cameron’s judgement after his communications director Andy Coulson was interviewed by police. Mr Coulson, an ex-editor of the News of the World, voluntarily met police to discuss his alleged knowledge of phone-hacking at the paper.” — BBC News

Silent nights for BBC if strikes go til Christmas

“With a second day of industrial action by BBC journalists causing more disruption to programs, the public service broadcaster is bracing itself for a wave of strikes that could run on until Christmas.” — The Guardian

Ink dries up as US News & World Report turns to web

“US News & World Report, once part of the triumvirate of newsweeklies but reduced now to a spare monthly, will print its last issue for subscribers in December. Its news content will now exist exclusively and free on the web, though the magazine will still publish eight single issues a year.” — New York Times

“A leading Russian journalist has been left with a fractured skull, a shattered jaw and a broken leg after two men beat him close to death on the doorstep of his Moscow home.” — The Guardian

“In the wake of the US mid-term elections, the White House has turned to social media to get a feel for what aspects of the job market are of most concern to citizens.” — Mashable 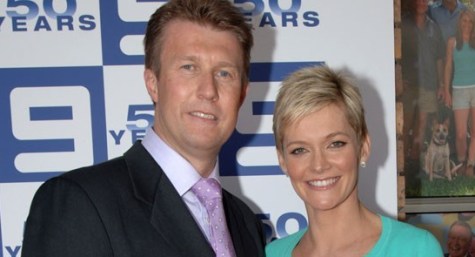 Crikey says: will the right-wing Phillip Adams please stand up?

But were Marr’s parents communists?