Tea Party has 40 year plan, but will they last that long?

The Tea Party movement was jubilant over its impact on the US mid-term elections, with some 40 candidates on their way to Washington. Harley Dennett joined the Tea Party Patriots in DC and found the movement has long-term thinking but splintered support.

On election night, Tea Party groups behaved exactly like any other political faction, despite the countless column inches written about how unique and antithetical to establishment they are.

They got drunk early in the night, CNN election tracker in the background (later Fox News) flanked by the “don’t tread on me” Gadsden flag. They cheered heartily when the GOP won, booed when they lost. They sang country music songs about how much they love America, not like those other guys.

And to prove they’re not a bunch of old fogies, a group of Dartmouth University basketball players calling themselves the Young Cons got on stage to rap about how much they love freedom and fiscal restraint. 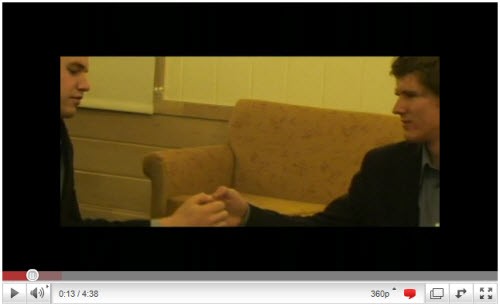 As high profile loses racked up, like non-witch Christine O’Donnell in Delaware, moments of doubt fused with alcohol to create ill-advised comments within earshot of the many journalists. “We did a sh-tty job in Pennsylvania,” said one organiser, Dana, 56, hours before it was clear the GOP had actually won sweeping victories there. It was her first time working a campaign.

Meanwhile, a man in a founding fathers costume walked around handing out DVDs of Tea Party: the Documentary Film. It’s no Michael Moore.

Although there are several organisations that claim to represent the movement, the two big umbrella names are the Tea Party Express and the Tea Party Patriots. Together they have thousands of chapters across all 50 states. They both endorsed the same list of ultra-connservative deficit-defying tax-hating candidates that typify Republicans at the start of their careers.

Bad blood began because the Express welcomed a spokesman seen by black America as racist; that spokesman, Mark Williams, was expelled from other Tea Party groups for attacks on the NAACP. Since then, there have been legal battles and outright poaching of candidates between the groups.

Last night that rancor was put aside as the groups, separately, claimed a national wind had come to Washington.

Patriots co-founder Mark Meckler told the faithful that Washington as we knew it was at an end. Big government would not operate under their control, and the $US13 trillion deficient can finally come down. Going back to the big spending ways wasn’t going to happen, he promised, because they have a 40-year plan.

That plan wasn’t available last night, nor could it be found on the group’s website. Meckler suggested it would tackle four areas: educational, judicial, political and cultural, infusing them with traditional values by supporting conservative teachers, judges, politicians and musicians.

The plan’s details should be made available soon, as the group’s other co-founder Jenny Beth Martin announced their first act will be to hold a freshman conference for the newly-elected lawmakers.

“If they uphold our values, we’ll give them the political backing to stand up to insiders in Washington,” she said. “If they don’t pay attention to that pressure, we’ll be back in two years to do it all over again and get people who will do it right.”

That my-way-or-the-highway approach has legislators scared. Dozens of their colleagues were challenged in primaries by Tea Party-backed candidates and although less than 40 eventually went on to be elected yesterday, for many incumbents in safe districts this is the first real challenge they’ve faced.

Meckler predicted many Democrats will see the signs and come on board with their agenda too. He’s extended an invitation to freshmen legislators of all parties.

While the GOP control of the House was firmly settled last night, the fractuous nature of the Tea Party movement was not. Wealthy backers have sustained the infrastructure to keep these groups alive for now, but like the financial backers of former GOP speaker Newt Gingrinch’s New Deal think tanks, without results that money could move elsewhere.

Without those financial backers, and Palin’s star power, it’s unclear if the movement could even last 40 years.

US mid-terms: a rout, not a realignment

Grassroots or Astroturf? True reforming outsiders or merely useful idiots (using the phrase, not implying the individuals are inherently stupid, which is patently not true)? A solid ideological platform with a comprehensive program for change, or surfers of a wave of populist anger over the GFC?

Next few years will be interesting/scary.

will they last that long?

Nope, I reckon another 40 months and they will disappear back into the rump of the Republican Party.

I’d give them 40 days in the wilderness.

The absurdity of the US mainstream media political debate was extreme. ONCE only – on the BBC – did I notice a commentator mention military expenditure; the rest of the panel giggled and quickly changed the subject.

Never, in all the ‘tea party’ bellyaching about budget deficits and big government did I hear a single complaint about the one part of the US Government’s budget crying out to be slashed: America’s utterly obese expenditure on the military, ‘intel’ and security.

The definition of Democracy is that the Most of Us call the shots.
Not a Priesthood, some Nomenklatura or self-appointed ‘Elites’ .
What the Most of Us want appears in democratic elections. You won’t find it in the group-giggling at ABC fora, where the audience pretends to be the People. Or among media pundits or academics, pretending they know more than the people who work to pay them. The Tea Party is the Most of Us, not these other noises. That’s all.

When only 40 percent of eligible voters actually vote , the “Most of Us” description is meaningless.
And even if you dont think so then exit polls of teh tea party “Most of Us” show that they didnt even know that they are paying less tax under obama , that the stimulus worked and that the bailouts have been re-payed with interest then perhaps the “media pundits or academics, pretending they know more than the people who work to pay them” actually arent pretending.