Watch this space: comet to bask in the fame glow on Friday

An obscure faint comet, now known as Hartley 2, will have its moment of fame in the midnight hour of this Friday morning, explains Ben Sandilands. 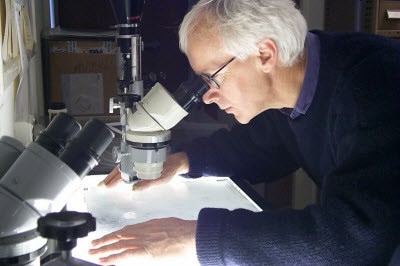 It was either early March 12 or March 13 in 1986 that I met comet hunter Malcolm Hartley in the common room at the Schmidt Telescope on Siding Spring mountain in NSW.

At that moment Hartley was part of a team studying the 4th predicted return to the inner solar system of Halley’s Comet, unaware that he was days away from discovering an obscure faint comet, now known as Hartley 2, that will have its moment of fame in the midnight hour of this Friday morning when it is imaged close up by the Deep Impact/Epoxi space probe.

Back in 1986, Halley’s Comet was bright and beautiful above the pre-dawn eastern horizon of a clear inland sky, with a luminous head and a slightly curved tail. It was putting on the only reasonable show for casual observers that accompanied its generally faint and distant n-ked eye visit that year.

And the Sydney Morning Herald had sent me, its Halley Watch columnist, and a photographer to see the comet astronomers on their telescope-studded hill before dashing down to Parkes, to what became latterly known as “the dish”, the radio telescope that was about to add the first images of a comet nucleus to the fame it achieved with the first images of the Apollo 11 landing on the moon, in July 1969.

We had to be inside the control room of the dish in the middle of the night on the 13th when the European probe Giotto was to scorch through the gritty gassy coma surrounding the nucleus of Halley’s Comet and try to image it.

But first, we were at the Schmidt, reporting on the work of astronomers, who like us, would not see Halley’s next return, in a shorter and much brighter visit, in August 2061, in the centennial year of Yuri Gagarin’s first manned orbit of blue planet earth.

At that moment back at the Schmidt, no one would have guessed that Giotto would not only succeed brilliantly when it met Halley close up that night, but go on to become the first spacecraft to visit a second comet, Grigg Skjellerup, in July 1992, simply because the European Space Agency noticed that it was still working and would be within range of the other comet six years later.

By coincidence, a similar double header is happening with Hartley 2. In 2005 the Deep Impact probe blasted a crater in comet Tempel 1, and was later found to be capable of making a close approach to Hartley 2 in order to take high-resolution images of its nucleus this Friday morning, eastern Australian time.

Hartley 2 never received any press when it was discovered by Malcolm Hartley on a deep-sky plate taken on March 15, 1986.  Halley was the only comet in town at the time.

Yet, that morning at the Schmidt, we did witness a similar discovery, and Hartley was in the room. I cannot remember who else was there but I remember Hartley because he was the only astronomer present who I had not previously met or interviewed.

Someone said something like “Ah, there’s one” and stabbed a finger toward a slightly elongated small black spot on the negative image of one of the deep-sky scans on the night just passed.

It was very gentlemanly. No rushing to say, “It’s mine”. Astronomers are good at scanning such complex images, wonderful but now passé negatives in which all the stars and planets, and asteroids and comets, are like clouds of black diamonds against white, and noticing anything that looks odd or blurry or out of place.

Spread before us was a deep-sky image of the enigmatic endless universe that began when time began, yet has always been infinitely large, massive and energetic, while continuing an expansion that stretches the void between its features further and further apart.

On the negative there were galaxies in collision, there were shreds of star stuff left over from supernovas, there were stars being born, and stars dying. Yet there were also in their infinite abundance, worlds without end, all on display with morning coffee, while in the cosmic foreground of eternity and infinity, “just” another new comet or asteroid had strayed into view.

Peering at the black fleck in question, someone said it was probably an asteroid not a comet. It didn’t seem fuzzy, as comets often do, even far from the sun. I don’t know who claimed the find but later images would have revealed its relative motion, its orbit would have calculated, a number assigned, and an entry made in the relevant cosmic catalogue.

And this was indeed the case with Hartley 2 several nights later,  which as a comet, generally gets a name and a number, in this case, being assigned in full the title of  Comet 103P/ Hartley 2.

It was a discovery of zero popular notoriety, until NASA realised the Deep Impact probe could be recycled into another close encounter, giving it two comets close up for the price of one.

Hartley 2 is in fact an exciting object. In recent days it has revealed itself to be a very elongated object 2200 metres long in radar imaging, and is releasing clouds of dust and gas that make it barely n-ked-eye visible as a smudge in a clear, dark sky.

We’ve learned that it has made several approaches to Jupiter sufficiently close to drastically shorten and thus change its orbit during the past 100 years. It is starting to tell us more already about “how stuff works” in the solar system, something that could prove of vital interest when, inevitably, a rogue comet or asteroid comes our way again, and we command the technology to detect, deflect and protect our species and its planet.

In 2007 the visible coma of Comet Holmes expanded to a diameter *greater than that of the Sun*. All from a nucleus a few kilometres across!

The idea that a “dirty iceball” or “icy dirtball” could throw off that much material, heated only by the Sun, and retain a visible coma, larger than the Sun, as it hurtles through space, is preposterous. Nothing, absolutely nothing, can ever convince me that this can be explained under the established comet model. Electrical explanations are far more plausible.

Thanks for a wonderfully inspiring article. It draws upon the uncertainties, the people issues, the unknowns and, per LimitNews, above, the unknowable about something as “simple” as a comet.

Which, after all, is only a dirty ice ball… or is it?

LimitedNews will, I am sure, look forward to the photographs as soon as they come available. No doubt, a toast will be raised in Siding Springs and a few other places where astronomers gather when these photos add substance to the conviction that “it is all worth it”.

Interesting how the ‘dirty snowball’ metaphor survives, even though the Giotto images, and those of more recently visited comets, show them to be tar black, crusty, dusty, and remarkably variable in topography. Giotto’s camera had been preset to follow the brightest area it could see, which meant that in the seconds before it was disabled by an impact with grains of dust at around 70 kilometres a second, it was drifting away from the unexpectedly dark surface of the nucleus to image the actual clusters of jets of glowing gas and dust erupting from its surface.