Hospital emergency departments across Victoria are under pressure due to declining numbers of general practitioners prepared to work after hours, and a combination of population ageing and growth.

And an Australian Medical Association spokesperson blames the lack of after-hours GPs partly on women doctors, who are not prepared to work full-time throughout their career.

Annual reports of hospitals and health services across the state show big rises in the number of cases handled by emergency departments. Rural hospitals, in particular, are under pressure, but the numbers are also causing problems in the city.

And since 2009 at the Alfred Health there has been a 14% increase in the proportion of seriously ill patients who have to wait more than 90 days for treatment.

Smaller rural areas are also under pressure, with the Cobram, Swan Hill and Echuca district hospitals all reporting steady increases in emergency patients in 2009-10.

Seymour District Memorial Hospital had an increase of 592 emergency attendances from the previous year, due to a new emergency department upgrade.

Rochester and Elmore District Health Service for aged, acute and community-based services reported an increase from 578 in 2009 to to 771 in 2010 — which was the highest emergency admission in the five years reported.

A source at Ballarat Health Services said that many of Victoria’s regional emergency departments were having trouble coping with increasing demand. The hospital was upgrading its emergency department to take the pressure off in patient beds, including a new short-stay area for patients who did not need to stay overnight, but required observation.

A spokesman for the Alfred Health Emergency Department said the increase in emergency admissions was due to Melbourne’s rising population, and the ageing of the population — and this is only going to get worse on current population projections.

A spokesperson from Alfred Health’s Corporate Governance department said the declining number of GPs working out of business hours was also to blame for increasing Emergency Department admissions.

“Patients looking to be treated out of business hours, are pouring into our ED department because their local GP clinics are closed,” he said.

Australian Medical Association official Dr Mason Stevenson said the high number of women training to be GPs was also partly responsible for the decline in the availability of GP services.

“Our female colleagues do not work full-time all of their potential working life.”

Dr Stevenson said male GPs were also cutting back on working hours as they searched for a better work-life balance.

And Barb Repcen, from Melbourne East GP Network, said GPs would continue to work fewer hours as doctors over 60 are replaced by younger doctors over the next 10-15 years.

The annual report of the Health Services Commission shows that complaints about treatment at emergency departments form the single largest category of complaints received by public hospitals, at 19% — ahead of general surgery at 12% and general medicine at 9%.

Leading issues raised in complaints were delays in admission and no or inadequate service.

A case study included in the Health Services Commission report concerned a man with abdominal pains who attended an emergency department on a weekend, and who was discharged and told to see his GP on Monday. The pain increased after he left the hospital, and he died of a ruptured abdominal artery before the ambulance arrived. The case was referred to the coroner, who was critical of the hospital’s failure to properly investigate the cause of the pain. 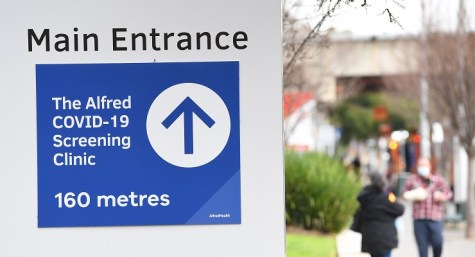 ‘The hospital has cut corners’: Alfred Hospital emergency nurse says staff are overworked and at risk of COVID-19 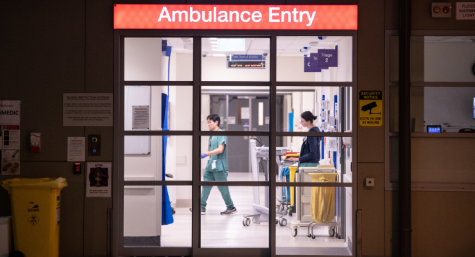 Swine flu chaos? GPs only have themselves to blame

When you have a suspected fracture why would you go to your GP who will send you off for XRays then off to a specialist? If you go to a major hospital emergency department they have XRay and CT scan facilities as well as specialists on tap. Gone are the days when your GP would attempt to set a complex fracture or is trusted to set a simple greenstick fracture