Some Age titillation … Crabb on new media … back in, Black … 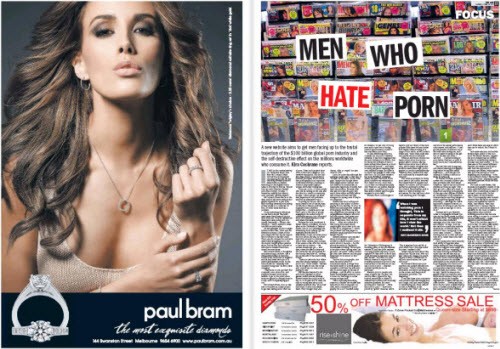 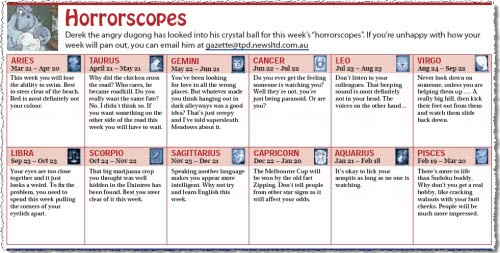 “I left newspapers because all of a sudden it seemed like a good time to take a risk. At Fairfax, where internecine warfare still rages around the control of the websites, it felt as though an absurd structural roadblock was obstructing a great company’s adaptation to the new media environment. At the ABC, a group of enthusiastic executives — Mark Scott, Kate Torney, Gaven Morris and others — was embracing the new terrain with vigour.

“We are all — especially those of us who love newspapers – exhaustedly aware of the threats that exist. I want, in this speech, to talk about the opportunities. And the experience of making the leap.” — The Drum

“File sharing websites were dealt a huge blow last night when a judge in New York City pulled the plug on LimeWire, the music-sharing website used by as many as 50 million users, issuing a permanent injunction forcing it to go offline, probably for good.” — The Independent

He’s baaaaack … and he wants Black in

“Former Daily Telegraph owner Conrad Black has hinted at a return to media ownership, saying there were ‘bargains’ to be had as the value ofnewspapers has tumbled during his time in a Florida prison.” — The Guardian

“I am with Murdoch on the need for the retention of ‘big media’ to act as a public watchdog on ‘big government’ and ‘big business’ (not least his own, of course). Most often, the people who best help to hold power to account are the diggers and delvers who work for Britain’s press.” — London Evening Standard

“Hating President Obama has become its own industry — and here’s a new stat to prove it: To date, there have been at least 46 anti-Obama books published.” — The Daily Beast

You know you can decide which ads to see, right?

“Google’s global privacy counsel says he’s surprised by how few people choose to control what ads are steered their way — a tool which the Internet search giant launched, albeit with minimal fanfare, over the past year.” — Associated Press