Australia's approach to foreign investment remains as confused as ever. But the mishandling of the ASX-SGX merger isn't going to help, write Bernard Keane and Glenn Dyer.

While the press gallery was getting into a collective tizzy over the sheer effrontery of Bob Brown in not telling them that both Christine Milne and Sarah Hanson-Young contested the deputy leadership months ago, they were letting the Greens leader off the hook over a real policy issue.

Brown’s official statements on the ASX-SGX merger aren’t much to argue with: “The Greens will not support any move to exempt the 15% shareholder cap on the Australian Stock Exchange to allow it to be taken over by the Singapore Exchange unless benefits can be clearly proven. We want to know what the impact will be not only on the Australian market and shareholders but also superannuation accounts and financial service and other workers, and on sovereignty. It is very important that the Foreign Investment Review Board also closely scrutinises any potential negative impacts of this proposal.”

Sounds fair enough, but at yesterday’s press conference Brown led with the 2005 execution by Singapore of drug trafficker Van Nguyen as an example of why Singapore’s human rights record should prevent SGX, partly-owned by the Singapore government (or, more correctly, monarchy), from acquiring the ASX.

He got about three questions about that remarkable statement before the assembled pack, led by angry Australian journalists, turned their attention to the critical issue of the deputy leadership of the Greens.

Brown isn’t exactly alone in raising these sorts of fears. Bob Katter and Barnaby Joyce have gone berserk about it. And Joe Hockey wants Wayne Swan to explain why it is in the national interest for the acquisition to go ahead.

The involvement of the Singaporean regime in SGX should have set alarm bells ringing in the ASX and its spruikers like Maurice Newman. Only the likes of Bob Katter can indulge in blatant economic nationalism these days — although the debate over foreign acquisitions of residential property was little more than blatant racism. But more responsible types like Barnaby Joyce (and, yes, I know it takes someone as far out there as Katter to make Barnaby look more responsible) hide behind the argument that foreign governments shouldn’t be allowed to invest in Australia.

However, the distinction between foreign government and private foreign investment is meaningless. Foreign companies are no more likely to act in Australia’s national interest than foreign governments. And many foreign companies have appalling human rights records. Do Shell, BP, Coca-Cola and Nestlé have better human rights records than Singapore? Moreover, if we took Bob Brown’s logic and refused to accept investment from companies with commercial links to governments that execute criminals, we’d be closing off an awful lot of investment — from China, from the United States, even from Japan.

Far from Australia being under threat from foreign investment that might undermine our sovereignty and prosperity, we continue to have an entirely obscure and uncertain foreign investment regime, under which a politician — the Treasurer — can veto any major investment on the basis that it is not “in the national interest.” How is the “national interest” defined? It isn’t, and successive governments have resisted any attempts to give definition to it. Economic nationalism and simple xenophobia therefore continue to prosper in our politics.

Keep in mind that SGX is under increasing pressure. The Financial Times and Bloomberg have both reported on opposition to the deal from a major shareholder, the Tokyo Stock Exchange.

The FT reported Atsushi Saito, chief executive of the Tokyo Stock Exchange, declaring that if the SGX-ASX deal went ahead, it would be “not a good story” for Tokyo. “If Japan becomes isolated on the international stage — that is not good.” Bloomberg reported that the SGX suffered its largest fall in two years on Monday and Tuesday in the wake of the takeover announcement. The SGX share price fell around 9% over the day and a bit of trading.

In other words, they look at the ASX as a bit of a millstone, but they are ignoring the 40% drop in trading volumes this year on the SGX.

The more the opposition appears in Canberra, the more it looks as though the proposed merger/takeover (depending where you live), was rushed and not thought through.

No one sorted out the governance issues for the two exchanges before the announcement; or the primacy of Australian laws or found ways to prevent companies arbitraging the regulatory and disclosure differences. Importantly, no one sorted out the capital position in the ASX’s clearing house after the merger was completed.

The SGX and its foreign CEO have shown a complete lack of understanding (helped by inept handling of the issue by ASX chairman, David Gonski) of the political delicacies, the requirement to have at least the government on side and ready to defend what was always going to be a touchy issue, and greater board representation for the ASX on the merged company. A local board for the post-merger entity should have been revealed as well, not to show it as a done deal, but to show that Australian interests would be looked after and give the government and APRA something to work with.

In short, the parties have taken regulatory requirements and political reality for granted, and are now likely to pay the penalty.

No wonder the ASX lost another 56 c, or 1.45% to $38.11 this morning (up till noon). That takes the loss yesterday and this morning to around 9%, equal to the loss for SGX shares in Singapore. 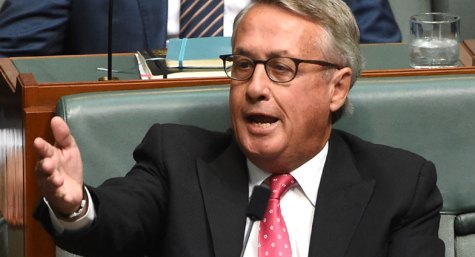 Thumbs up to Singapore takeover of ASX … but with caveats

The 15% provision is not aimed at just foreign companies. The cap exist to prevent any single entity from controlling the ASX because it is an integral part of the Australian financial system. Like the big 4 banks, it is ‘too big to fail’, therefore some kind of Australian government control is required.

All they do though is list companies so wankers can gamble on them.

They have no product you know.

the very fact that this can be an issue shows how incompetent everyone is: has Australia had a stupidity transplant? We have an essentially free market system (whether right or wrong), against the Singaporean tightly controlled and regulated system: how the two could merge is beyond me. It would be like the NRL merging with the AFL: sure – double the market, but would either organisation really benefit?

this is the fact of only Investment.
http://renadexwarning.com

I am sorry but I am all at sea with this one. Who actually calls the shots on this? Does the ASX have a board of private executives from overseas financial institutions or is there some sort of government control here?