Disappointment abounds. The disappointment was almost palpable. The consumer price index figures from the Australian Bureau of Statistics — no matter which one the traders looked at — showed Australia does not yet have an inflationary problem.

The headline all groups CPI figure showed a rise of just 0.7% for the September quarter and that as an annual rate of 2.8% was exactly what the figure for the year was. Then, for those business economists so keen to have interest rates moving upwards, the two measures favoured by the Reserve Bank — the weighted median and the trimmed mean — were even worse.

The statistician’s calculations of those showed inflation was actually going down! 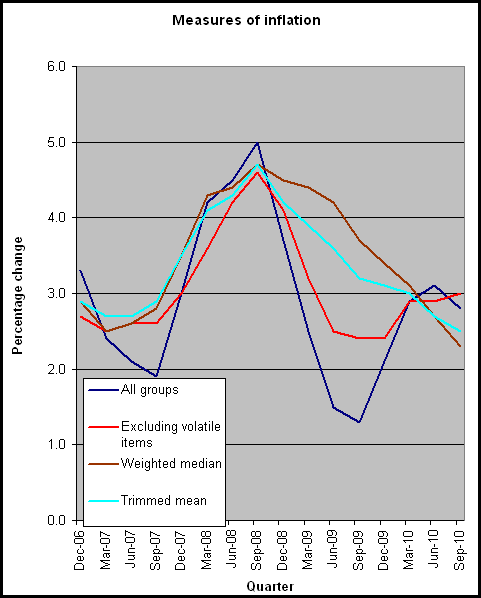 The merchants of doom and gloom might just have to wait a little longer to witness pain being inflicted on housing housing mortgage holders and small businesses for there is no evidence in today’s numbers to suggest inflati0n is getting out of control.

The initial movement on the Crikey Interest Rate Indicator was to make no change the most likely outcome of the meeting of the Reserve Bank Board on Melbourne Cup Day. 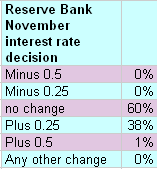 Accounting firms Australia’s best lobbyists. Without a doubt the best lobbying firms in Australia are the major accounting firms. They continue to con the federal government into not making them register themselves and their clients. There could be no greater advertisement of their skills!

In the United States things are different. Over there the accountants and law firms are treated just the same as other lobbyists as this little extract from the International Herald Tribune makes clear. 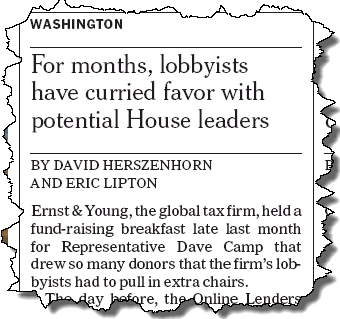 Have a latte instead. It has taken a while but the fight back has begun. The Coffee Party Movement is well under way in the United States with 311,933 people liking its facebook page when I looked this morning. 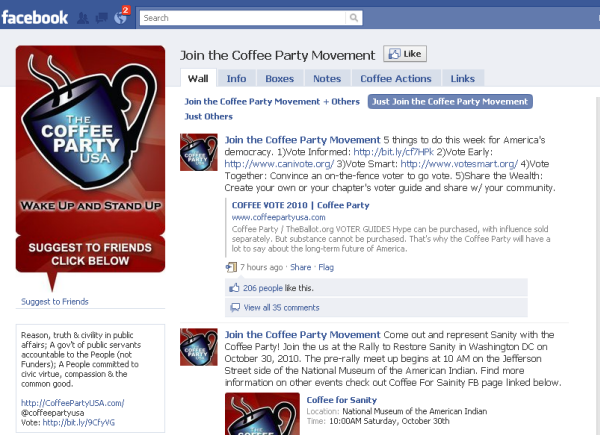 Set up as a reaction to the Tea Party Movement which is having such a big influence on this year’s mid-term Congressional elections, the Coffee Party has a simple aim that would bring a little civility back into the country’s politics. 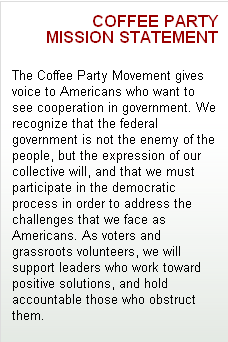 A political advertising led recovery? Perhaps in the United States they are going for a new form of economic stimulus. Spending on this year’s House of Representatives and Senate elections is expected to nearly reach $US2 billion! The latest projection by the Public Campaign Action Fund (PCAF) says candidates for the U.S. House of Representatives will easily raise and spend more than a billion dollars for the first time ever.

By the end of September, House candidates this election cycle raised 30 percent more and spent 54 percent more money than they had up to the same point in 2008. A statement by the PCAF said Senate races are also seeing a surge in fundraising and spending. 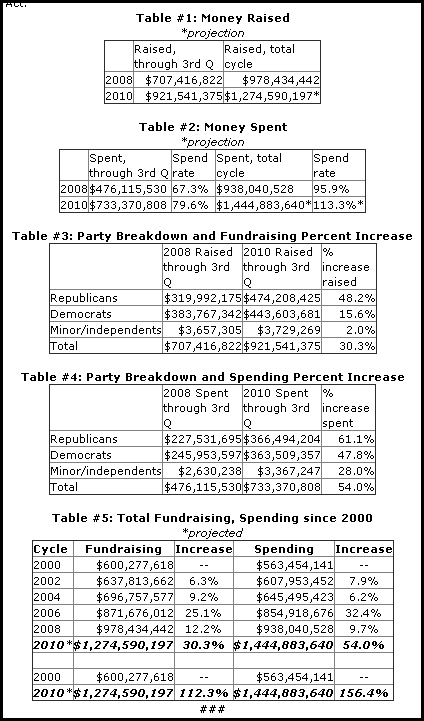 THe banks will be furious if they don’t get an excuse to increase interest rates. (After publishing their profits, there’ll be little sympathy for an out of band increase)