Panic at Seven, so where’s Batho? Word is there’s panic in Martin Place after Seven News was beaten four weeks in a row by Nine in Sydney. The ratings race is on, with both a chance at taking out the prize of being number one. So many are asking why Chris Bath is missing in […]

Panic at Seven, so where’s Batho? Word is there’s panic in Martin Place after Seven News was beaten four weeks in a row by Nine in Sydney. The ratings race is on, with both a chance at taking out the prize of being number one. So many are asking why Chris Bath is missing in action. Is weekender Mark Ferguson being used to prop up the ratings? The last time he filled in was the last time Seven News won a week. Seven is so desperate reporter Lee Jeloscek was pleading with the NSW minister for transport to release video footage of drivers speeding through Sydney streets which had been given exclusively to Nine. With only five weeks of ratings left, we’re in for some interesting times…

MIS MIA. Why hasn’t the Australian Financial Review‘s tech site MIS been updated since about October 8…?

Ageless, dysfunctional CASA. I’m about to leave a severely dysfunctional CASA. If there wasn’t a business imperative aircraft would be crashing all the time — CASA doesn’t have the first clue as to how to ensure or monitor compliance. According to a key system internally, 100 pilots have yet to be born (no accurate birth date on file).

Anyone seen the uni report? When is that Council of Australian Postgraduates Association (CAPA) report going to be released, which says some damning things about the quality of teaching and other standards for PG students at Australian universities?

Lazarus rising — again. John Howard isn’t the first author to title his book Lazarus Rising. There was the 2003 sci-fi military novel Lazarus Rising, from David Sherman and Dan Cragg. According to Wikipedia:

“Dominic DeTomas, formerly head of the secret police of Kingdom, is now dictator and has put together a new fascist government that strongly resembles that of Nazi Germany. DeTomas’s policies engendered resentment among certain parts of the populace, and this festers into an uprising. While the mild-mannered inhabitants of Kingdom might not expect to succeed against an implacably violent police state, the uprising is advised and led by an amnesiac Confederation Marine who had been captured by the alien Skinks and later released when the Skinks were driven off Kingdom. 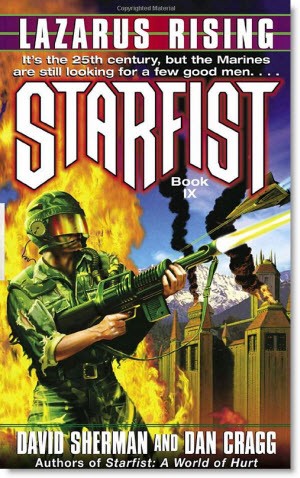 Perhaps Mr Howard should have chosen a better name…

Has anyone else noticed The AFR has stopped updating its technology web site — since about 6 October.