If the ABC sports comment program Offsiders on Sunday thought it was getting an unbiased commentator in media buyer Harold Mitchell, they would be thinking 'never again' after Mitchell was appointed to the Crown board yesterday. Also life imitates art and why the Newsweek deal collapsed.

Mitchell speaks out from the board. If the ABC sports comment program Offsiders on Sunday thought it was getting an unbiased commentator in media buyer Harold Mitchell, they would be thinking ‘never again’ after Mitchell was appointed to the Crown board yesterday. Mitchell replaces veteran PBL and Crown director Richard Turner (a former auditor of PBL in years gone by) as a non-executive director Crown, which owns casinos in Melbourne and Perth, as well as a stake in gambling joints in Macau.

The news gives a fresh angle on Mitchell’s effusive comments on Sunday on Offsiders about James Packer, such as: “Kerry was amazing in that he knew the ordinary person, what they wanted. I don’t think he actually knew one of them. Well James is the same, you know, it’s very down to Earth in what it is. And so, you don’t have to get too far ahead of the game here.”

Kerry Packer saved Mitchell’s company back on the late 1980s when he overreached. The cost was a $1.9 million loan which was repaid. That was at the urging of then Nine boss Sam Chisholm because he could see the business ability of Mitchell and his powerful position in the ad market. Being a former ad salesman, Chisholm could also see the strength of the argument: supporting Mitchell would stand Nine in good stead in future years, which it did. Mitchell is also close to Kerry Stokes.

Would Offsiders have invited Mitchell on to talk about James Packer’s move into Ten, if the program’s producers were told that Mitchell was joining the Crown board? Or matters involving Kerry Stokes? An interesting question for the ABC… — Glenn Dyer 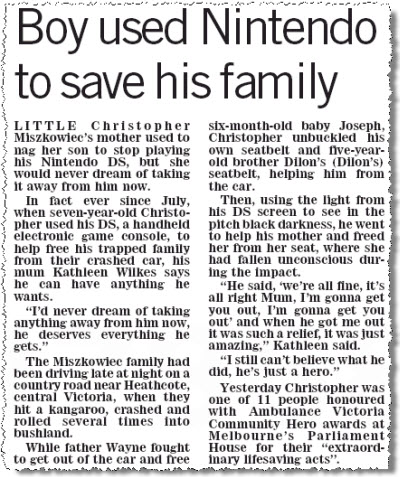 NT News watch: Newspaper rules 101 — when you have a big story, follow it up.

Packer on the board, but what his Foxtel interest?

“James Packer’s bid to gain board representation on Ten Network Holdings is unlikely to be opposed by the free-to-air broadcaster’s board. But Ten directors are likely to seek undertakings from Mr Packer that his pay-television media interests are not allowed to conflict with his $280 million Ten investment.” — The Australian

Why did The Beast sour on Newsweek?

“Looking for one last turn in the spotlight, 92-year-old Sidney Harman paid his dollar for Newsweek. And Tina Brown was all set to dance. So why did it fall apart?” — New York Magazine

“Newspapers across the country broadly reported falling circulation from April through September, though the rate of decline has slowed. Figures released by the Audit Bureau of Circulations showed that overall weekday circulation at 635 newspapers declined 5 percent from circulation in the same six months last year. The decline last year was at more than twice that rate.” — New York Times

“Top Gear presenter Jeremy Clarkson has been criticised by media regulator Ofcom for describing a car as ‘special needs’ on the BBC2 show.” — The Guardian