China to the fore for four

Dealing with China is becoming more difficult if we want to avoid upsetting our biggest ally, the United States of America.

Juggling China and US relations to get difficult. The Gillard Government, the Melbourne Age told us this morning, is set to break its virtual silence on China, with as many as four cabinet ministers, including Foreign Minister Kevin Rudd, planning visits in the first fortnight of November. They are sure to be in for an interesting time as dealing with our biggest trading partner is becoming more difficult if we want to avoid upsetting our biggest ally, the United States of America.

The International Herald Tribune reports today of the Obama Administration, facing a vexing relationship with China on exchange rates, trade and security issues, and stiffening its approach toward Beijing by seeking allies “to confront a newly assertive power that officials now say has little intention of working with the United States.”

Waiting for the carrier. I wonder how long it will be before the Australian Navy starts agitating for the purchase of the as-yet unbuilt British aircraft carrier that the Conservative Government has given the go-ahead for because construction will cost less than cancellation? The way things tend to turn out with naval ship building at home here, it might even be a cheaper option than the new air warfare destroyers currently under construction in Melbourne!

Bank waiting for an opportunity? Back in July when Australian Bureau of Statistics figures for the producer price index came in lower than “the market” expected, economists from Westpac told us to ignore them because producer price pressures “are no longer a deflationary influence as they were through 2009”. Yesterday when the September quarter figures were released by the ABS showing a higher index figure than that “market” expected, Westpac warned that “price pressures grow as an upside risk for the medium-term inflation outlook.” Surely the men at Westpac would not be trying to talk up the case for an interest rate rise.

A positive spin to a negative ad. In those long gone days when I was producing election campaign television ads, the aim with the negative ones was to give them a positive aspect to avoid the turnoff factor that occurs because many people don’t like politicians attacking each other. It’s quite a difficult feat to pull off but this morning I have seen a perfect example of what I call “the positive negative ad.”

In California, Jerry Brown, the man who was the Democrat Governor of the state from 1975 to 1983, is running for the position again and twice in the last week he has used television to feature the words of his Republican opponent Meg Whitman giving him an endorsement. 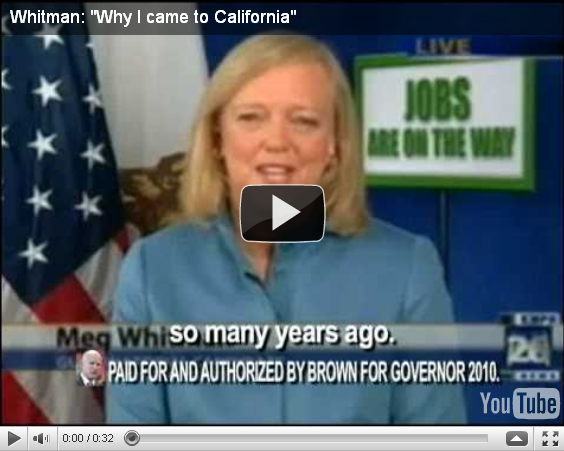 The Brown ad earlier in the week was more directly negative with its portrayal of a woman without an idea of her own but would get away without offending all but the staunchest Republicans because of its deliciously light touch of starring the current Republican Governor Arnold Schwarzenegger as well as Whitman. 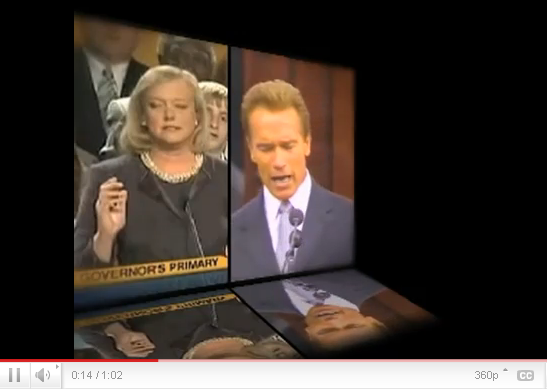 Both ads deserve a place in the campaigning text book.

Sorry Telstra, individual excellence, noble though it may be, does not help us all

Obama’s anti-Chinese push IMHO is all about the mid-term elections – ie it’s domestic politics. If push comes to shove all the Chinese have to do is threaten to dump their $US holdings and the Americans will cave. Then we’ll really know the international order has changed. (qv Suez in 1956, when the US threatened to dump its UKP holdings to get the British to call off the operation)