Why would anyone be surprised about the polls?

Why would anyone be surprised about the polls? The media obsession with opinion polls continues (with some of my Crikey colleagues being just as obsessed as the rest). But why should anyone be surprised that a pollster predicts that an election today would be close just like the last actual one was? After all, nothing of significance has actually happened in Canberra since election day. Even the slight improvement in the support for the Greens found in the Nielsen published this morning is really nothing more than national polls were predicting before people marked their real ballot papers.

The nonsense of the Greens being a threat to Labor. And as for all the publicity that is emerging from the inner suburbs of the big cities about the Greens becoming a threat to the very continuation of the Labor Party as an electoral force, just have a good chuckle. It is a wonder to behold the horror of Labor’s lefties fearing that their planned easy entry to parliamentary life is threatened. As for the Greens picking up a few lower house seats at a state and federal level affecting the Labor Party as a whole — that’s just nonsense. Shedding a few members at the extremist edge will make mainstream Labor candidates electable in more seats than will be lost on the left fringe.

Don’t blame the burger and fries for obesity. The social engineers have become keen on telling us that the number of restaurants and the prevalence of obesity have been rising for a number of decades. The close correspondence between these series has led some researchers to propose that there is a connection between these trends. There appears to be broad consensus, write two academics from the University of California, Berkeley in a recently published paper, among the health policy community that greater availability of restaurants increases body weight. 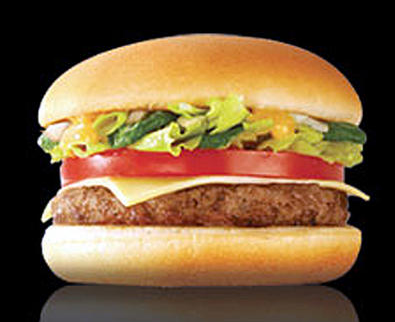 But simple correlations between restaurant visits and overeating may conflate the impact of changes in supply and demand. People choose where and how much to eat, leaving restaurant consumption correlated with other dietary practices associated with weight gain. A key question say Michael L. Anderson and David A. Matsa in ‘Are Restaurants Really Supersizing America?’ is whether the growth in eating out is contributing to the obesity epidemic, or whether these changes merely reflect consumer preferences. 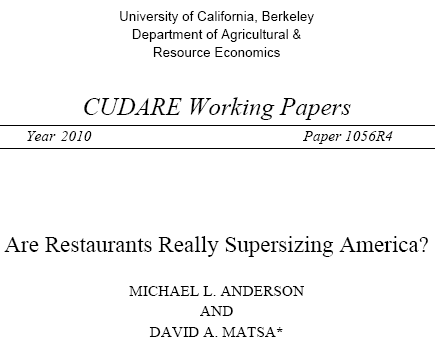 The interesting causal parameter is how much more an obese person consumes in total because he or she ate at a restaurant. To the extent that changes in preferences are leading consumers to eat out more, regulating restaurants may only lead consumers to shift consumption to other sources rather than to reduce total caloric intake.

In part using data food intake data collected by the U.S. Department of Agriculture (USDA) and US Census data, the Berkeley pair found there is selection bias in who eats at restaurants; people who eat at restaurants also consume more calories than other consumers when they eat at home. “Second, when including individual fixed effects,” they write, “we find that people who eat large portions in restaurants tend to reduce their calorie consumption at other times during the day. After accounting for these factors, we find that although the average restaurant meal contains approximately 250 calories more than the average meal eaten at home, the existence of restaurants increases BMI by only 0.2 BMI points for the typical obese consumer.”

The abstract for the journal article concludes:

While many researchers and policymakers infer from correlations between eating out and body weight that restaurants are a leading cause of obesity, a basic identification problem challenges these conclusions. We exploit the placement of Interstate highways in rural areas to obtain exogenous variation in the effective price of restaurants and examine the impact on body mass. We find no causal link between restaurant consumption and obesity. Analysis of food-intake micro-data suggests that consumers offset calories from restaurant meals by eating less at other times. We conclude that regulation targeting restaurants is unlikely to reduce obesity but could decrease consumer welfare.

In his memoir, John Howard says it was “inconceivable” that Australia would not back the US in Iraq. He accuses former Labor leaders Kevin Rudd, Kim Beazley and Simon Crean of hedging their bets on the war. “I had a contempt for Labor’s position,” Mr Howard writes in Lazarus Rising. The former Liberal prime minister charges the Labor Party with lacking conviction, hiding behind the UN and outsourcing its foreign policy to the Russians and French on the Security Council. 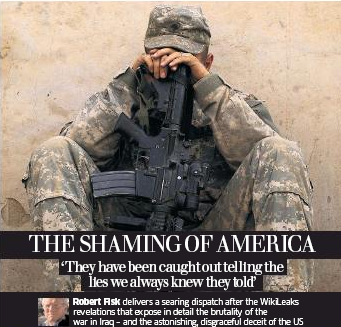 As usual, the Arabs knew. They knew all about the mass torture, the promiscuous shooting of civilians, the outrageous use of air power against family homes, the vicious American and British mercenaries, the cemeteries of the innocent dead. All of Iraq knew. Because they were the victims.

Only we could pretend we did not know. Only we in the West could counter every claim, every allegation against the Americans or British with some worthy general — the ghastly US military spokesman Mark Kimmitt and the awful chairman of the Joint Chiefs, Peter Pace, come to mind -– to ring-fence us with lies. Find a man who’d been tortured and you’d be told it was terrorist propaganda; discover a house full of children killed by an American air strike and that, too, would be terrorist propaganda, or “collateral damage”, or a simple phrase: “We have nothing on that.”

Australian housing market the world’s most overvalued. A survey by London’s The Economist of world housing prices puts Australia’s as the most overvalued in the world. “Our analysis of ‘fair value’ in housing, which is based on comparing the current ratio of house prices to rents with its long-run average, suggests,” says the report”, “that China has less to worry about than the likes of Australia, which is again the most overvalued of the markets we track. That makes it all the more surprising that Australia’s central bank opted not to increase its benchmark interest rate this month.” 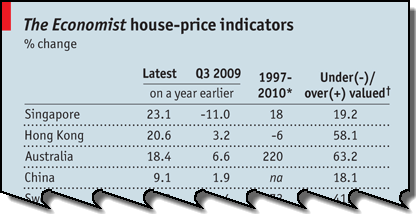 Some things getting cheaper! At least the price of some things is going down. The Australian Bureau of Statistics Import Price Index out on Friday showed this trend for electrical, computer and communications goods: 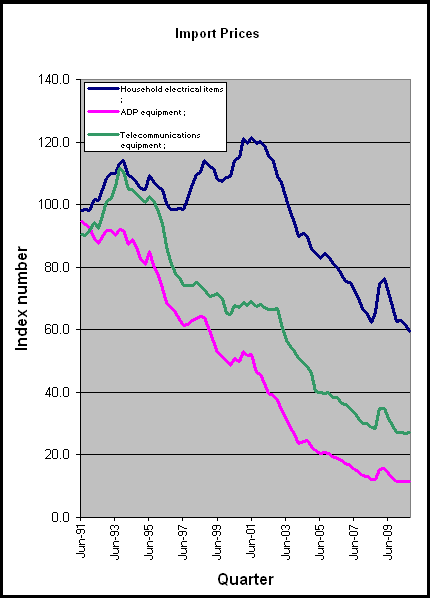 I suspect the hamburger’s the healthy part of the meal, but the fries and the coke are not.

I understand Rodney Cavalier proclaimed the death of the ALP Left coincided with the fall of the Berlin wall. Good to see Doug Cameron is still manning the barricades. I think Julia should pull her head in.

“Shedding a few members at the extremist edge will make mainstream Labor candidates electable in more seats than will be lost on the left fringe.”

EXTREMIST? LEFT FRINGE? Only in comparison with a Labor party that has outsourced its policy development to focus groups and polling and stands for nothing.

Guess what? There’s already a party that stands for nothing except getting government – the Coalition.

The shift to the Green’s isn’t just a left-wing agenda – it’s a for a party that actually stands for something and listens to its members.

“In his memoir, John Howard says it was “inconceivable” that Australia would not back the US in Iraq. He accuses former Labor leaders Kevin Rudd, Kim Beazley and Simon Crean of hedging their bets on the war. “I had a contempt for Labor’s position,” Mr Howard writes in Lazarus Rising. The former Liberal prime minister charges the Labor Party with lacking conviction, hiding behind the UN and outsourcing its foreign policy to the Russians and French on the Security Council.”

So outsourcing foreign policy to the US is OK?

… and 300,000 anti war protesters in Sydney in 2003 had contempt for John Howard. That’s got to be a record for any Australian politician.

And Crean got it right. And Howard got it wrong. That’s a fact.