With Illinois’s moderate voters up for grabs, the GOP Senate candidate avoids the blooper reel, writes Alan Mascarenhas from Illinois

On Tuesday night in Chicago, America witnessed something of a minor miracle: a GOP Senate hopeful who didn’t put his foot in it.

In the second candidates’ debate for the fiercely contested Illinois Senate race, Mark Kirk didn’t betray a stupefying lack of knowledge of the separation of church and state (hello, Christine O’Donnell). Nor did he refuse to shake his opponent’s hand (Rand Paul), have his security guard handcuff a reporter (Joe Miller) or impolitically describe homos-xuality as a “choice” (Ken Buck). Unlike doddery old Sharron Angle in Nevada, he didn’t suggest to his audience that they looked Asian.

It’s certainly been a horror few days for the Tea Party class of 2010, whose off-key utterances must have had national GOP operatives trembling. Still, all of them apart from O’Donnell are running in red or purple states where the national anti-Democratic tide and parlous economy should propel them close to victory. The 51-year-old Kirk, a five-term Congressman, has a much tougher task: to win in President Barack Obama’s home-state, deep-blue terrain where he is still popular. Accordingly, the debate was notable for its respectful tone towards the President: no shrieks of socialism or spat out denunciations of “Obamacare”.

In the process, Kirk provided something valuable: a reminder that moderate Republicans still exist — and this is what they look like.

Kirk’s pathway to victory in Illinois is a tight-rope. Clean up in the rural areas downstate, win a majority in the collar areas surrounding Chicago (including Lake County, which overlaps his congressional seat) and hold down Democratic Alexi Giannoulias’ margin in the city itself. This means tapping into the fervor of the Tea Party base yet pulling the trick of not scaring away suburban independents or inflaming strong turnout among core Democratic constituencies (including African-Americans and Hispanics).

Hence his incredibly careful positioning last night. Embrace fiscal conservatism yet side-step moderator George Stephanopoulos’ repeated trap to say something “bad” about the Tea Party. Refuse to state a position on the DREAM Act, a potential path to citizenship for the children of illegal immigrants.  Oppose gay marriage and the repeal of “Don’t Ask, Don’t Tell” yet support civil unions. Remind everyone of his support for Supreme Court appointee Elena Kagan, yet stay squishy on why he opposed Sonia Sotomayor. (A cynic might note that Sotomayor’s nomination came up as Kirk tacked right to win his Senate primary in Illinois, while Kagan’s came after it).  All this obfuscation prompted one of Giannoulias’ best lines, allowing him to evoke Kirk’s previous exaggeration of his Gulf War military service. “Just give them an answer, Congressman. Let’s hear where you stand on the DREAM Act. Let’s hear where you stand on whether you were shot at [in Iraq].”

At just 34, Giannoulias, the Illinois State Treasurer, has a big future in national politics if he can win this race. But there are many reasons it remains a toss-up, not least the state’s budget crisis, the stench of corruption since the Blagojevich scandal and his own family’s well-documented banking woes. There are more than enough Democrats in Illinois — but worrying for Giannoulias, he has yet to rouse them. Hence his efforts last night, the mirror-reversal of Kirk’s: to proudly tout his support of gay marriage, the DREAM Act, and better neighborhood services for Chicago’s minority-dominated south and west sides. In 1960, Mayor Richard Daley told John F. Kennedy, “With a bit of luck and the help of a few close friends, you’re going to carry Illinois.” For Giannoulias, if the polls stay uncomfortably close, that close friend may well be Obama, making an eleventh-hour bid to gin up his lethargic Chicago base.

Still, just maybe, on last night’s evidence, Republicans have found a candidate with a fiscal message that can flip the pivotal Chicago suburbs. Mark Kirk has many flaws — and he’s no Jack Kennedy. But just as importantly for the GOP, in a rare year when Illinois is winnable, he’s no Christine O’Donnell. 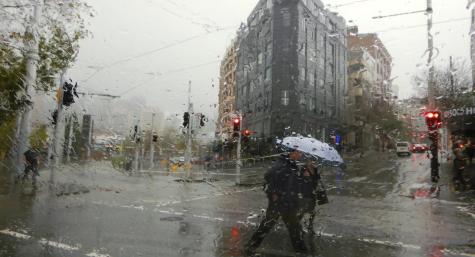 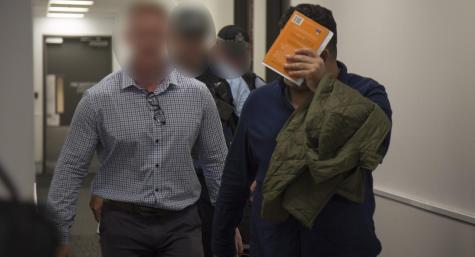 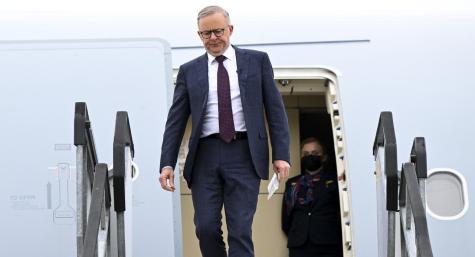