Banking on the bashed banks to return fire

Watching the captains of finance turning on the Liberal Party will be even more entertaining than miners savaging Labor.

Bashing the banks. Role reversals in politics are always fun to watch and Shadow Treasurer Joe Hockey plays the comedian so well with his cherubic looks that I hope he goes on with his new bank bashing stance. Watching the captains of finance turning on the Liberal Party will be even more entertaining than miners savaging Labor.

Alas, the cheap populism of Mr Hockey’s threat to legislate to stop banks from increasing mortgage interest rates outside the limits of increases in the official rate of the Reserve Bank will not last for long.

Re-regulation of bank interest rates is no solution and there are enough level headed people in the Liberal Party who know it to get the would-be Treasurer to back down. What Mr Hockey should be turning his attention to are proposals to strengthen competition within the banking industry.

Looking for the half monkey man. Talk of lunatics taking over the asylum! Rupert Murdoch is helping them take over the United States. Consider this little excerpt from the Fox News personality Glenn Beck’s October 20 edition of Premiere Radio Network’s The Glenn Beck Program. 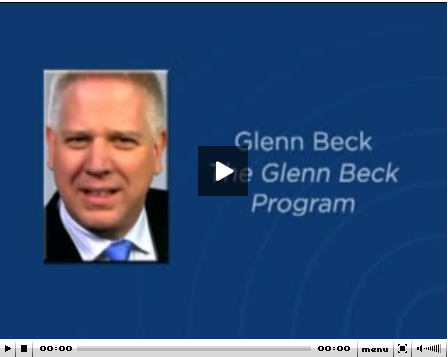 Beck denies evolution: “I haven’t seen a half-monkey, half-person yet”

Preparing for the Democrat fall. Before the mid-term Congressional  elections in 1982 the Gallup poll recorded only 24% of Americans saying they were satisfied with the way things were going in the  country.

On polling day 28 members of the President’s party lost their House of Representative seats. In 1994 with 30% in the satisfied column the losses in seats totalled 53. Since July this year satisfaction as measured by Gallup has registered in a narrow range from 19% to 21%, after descending from a 2010 high of 27% in April.

The latest figure is 21% and unless there is a major change before election day in just under a fortnight that would be the lowest level of U.S. satisfaction Gallup has measured at the time of a midterm election in more than 30 years of tracking this measure. Now comes the hard part. In Britain the words are over and now the action begins. The Conservative Chancellor of the Exchequer George Osborne now has to turn his promised £81bn in government spending cuts from promise to reality to honour his vow to restore “sanity to our public finances and stability to our economy”. The Guardian’s page one budget summary

The £46bn cuts to administrative expenses will be the hardest part. It is so easy for a politician to promise to take 25% or 30% off administrative and general expenses but civil servants have a wonderful way when protecting their patch to make it difficult to achieve in practice. Just watch for the ingenious ways where proposals are put forward that the mandarins know will cause the maximum embarrassment and thus put the maximum pressure on a government to relent.

With implementation depending on the continued support of Liberal Democrats where a substantial proportion of members do not favour such a hard line austerity approach there are bound to be many problems along the way.

Perhaps more important is the concern that shedding 490,000 civil servants, with some consultants predicting another 500,000 to go from the private sector as contracts with government are not renewed, will push Britain into another recession Chancellor Osborne should not be cracking the champagne yet.

Surviving in Australian business. The tough task of making a success in small business is revealed in figures out today from the Australian Bureau of Statistics. Less than 74% of businesses survive past their second year. Bank bashing: Richard, the same thoughts were going through my mind this morning during Hockey’s interview. One can understand the concept of a Labor Treasurer or Finance Minister making enemies of the powerful banking boffins but it takes a special talent for a Liberal to achieve this. Joe is destined to give us many entertaining hours yet. Stay tuned.

They’ve already taken over “FUX News” and how many “Americans” “get all the news they need to know” from there – what’s wrong with them taking over the rest of the country?
As for not having seen a “halfling”, do his keepers turn all mirrors to the wall? But, in his defence, he probably wasn’t around a few million years ago – which would have been pretty hard, if the earth is only 8 thousand years old too, another advantageous, exploitable “belief”.

Glenn Beck says he “…doesn’t know how God creates.” This came as a shock. I thought Glenn Beck knew pretty much everything and didn’t have any doubts on any given subject. He’s always so conclusive, so positive, so sure of everything.

He raises an interesting point ie: Beck hasn’t seen a half human/half monkey therefore it cannot be. Which reminds me, I haven’t seen a virgin birth. Over to you, Glenn…

The Beck item ties in neatly to yesterday’s item about the vast majority of potential new Republicans regarding global warming as a hoax or conspiracy.

I have been cruelly moderated so will try this re-draft…

Glenn Beck says he “…doesn’t know how god creates.” This came as a shock. I thought Glenn Beck knew pretty much everything and didn’t have any doubts on any given subject. He’s always so conclusive, so positive, so sure of everything.

He raises an interesting point ie: Beck hasn’t seen a half human/half monkey therefore it cannot be. Which reminds me, I haven’t seen a virg*n birth. Over to you, Glenn…