Lack of exercise is the "new" tobacco. It is strongly associated in large numbers of studies with heart disease, stroke, most cancers, diabetes, osteoporosis and depression, writes sports physician John Orchard.

When Nicola Roxon became health minister, she made a lot of noise about need for change in the health system so that it focused more on prevention of disease. Her best work in preventive medicine to date is the plan to have plain paper cigarette packaging. If she can get this through both houses of parliament, Australia can take credit as a world leader in the prevention of tobacco-related illness.

Tobacco control is viewed as perhaps the biggest challenge in public health and Roxon should receive credit for taking up this fight. However, she is far from world-leading on another public health problem which will have far more impact on a country such as Australia in the 21st century — lack of exercise.

Lack of exercise is the “new” tobacco. It is strongly associated in large numbers of studies with heart disease, stroke, most cancers, diabetes, osteoporosis and depression. For diseases that cause the vast majority of deaths in Australia, lack of exercise is a risk factor. Only smoking is comparable in its association with our major diseases.

The reason lack of exercise is now a bigger problem for Australia is that while only 15% of Australians regularly smoke (due to the belated good work of our governments), at least 50% don’t exercise adequately. In the 1970s, smoking was seen by governments as an issue that didn’t concern them — while they knew it was a health risk, it was wrongly seen as an individual choice outside the government’s scope of policy.

Governments now make anti-smoking policy a priority but do not see any major role for public policy to promote exercise. The census, which is due again in 2011, doesn’t even bother to ask Australians how often they exercise. It is amazing that the government has such a minimal interest in what is now the biggest risk factor for disease in Australia.

On November 1, sport and exercise medicine will finally become a specialty under Medicare after 18 years of lobbying by the Australasian College of Sports Physicians (ACSP). One could credit Roxon for being the minister to finally recognise sport and exercise medicine, except for the fact that she has decided to cut Medicare rebates to the patients of sports physicians by 28% to coincide with specialty recognition. Inactive patients referred to, say, rehabilitation physicians for a knee problem will be receiving Medicare rebates that are almost double active patients being referred to sports physicians for the same knee problem for the same consultation length. Roxon hasn’t explained why she has decided to discriminate against exercising patients in the Medicare schedule.

Representatives of the ACSP have been trying to meet with her for over three years about her plans for Medicare rebates and she has refused to engage in any dialogue or communicate reasons for her recent decision to cut rebates. Sports physicians are the doctors most likely to promote exercise during a consultation but much of the general population will find sports medicine consultations inaccessible because the health minister has cut rebates and does not see sports physicians as being equal to other specialist physicians under Medicare.

In the last government term, Roxon as health minister effectively oversaw the sports ministry as well. In this time, she didn’t assess or set any targets for the number of Australians who exercise and basically had no comment on sports policy. Sport the ministry has now been dissociated from health and Roxon gives the impression that she has no interest in sport or exercise whatsoever.

While there is no need for her to take out membership of, say, Collingwood Football Club to prove her credentials, as health minister she is facing massive problems with cardiovascular disease, cancer, diabetes and depression. Ignoring what is now the No.1 risk factor for these problems and refusing to engage with the ACSP — the peak specialist medical body on exercise — will mean that any public health gains she achieves in smoking reduction will be lost by continuing low rates of Australians who exercise.

Why you can’t find a sports physician in the bush 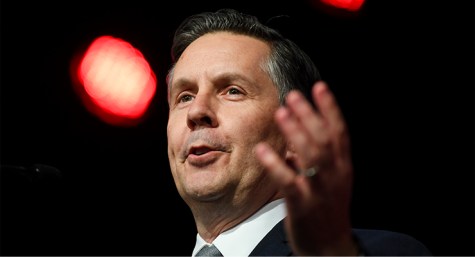 Dear minister for health, here’s an agenda for change from someone in the system

Inside the 2020 Summit: A healthy look at the future

I agree that more emphasis should be put on the contribution physical activity can make to overall health.
Where I’m stumped is in how this is achieved – merely telling people to exercise more is never going to work, so how do you motivate people to get active? The concrete steps required always seems to be lacking from those espousing increased exercise.
A couple of answers I can think of are:
– Hugely increase the funding and building of infrastructure that facilitates cycling as a viable transport alternative. This is currently being tried to a limited extent in Sydney due to the foresight of Clover Moore, but is continually butting against the likes of Alan Jones and the predjudices of the car loving/cyclist hating (seeming) majority. The limited funding and marginalisation of cyclists has resutled (in my opinion) in what is generally poorly thought out infrastructure and, where dedicated cycling lanes have been installed, it is so limited as to not even cater for a small rise in an increase in usage. (but you’ve got to start somewhere).

– Another possibility is to so increase the funding of grassroots sport substantially, in order to increase the availability of facilities, fund coaches and organisers of sports for non-elites, subsidise equipment etc etc such that *everyone* has the easily available opportunity to participate. If my memory serves me correctly, the Crawford report suggested funding increases along these lines and it was howled down (probably by many of the same people knocking cycling infrastructure) due to the erroneous belief that it was suggesting a reduction in funding for elite sports people and olympic sports would suffer. In my opinion, redirection of funding away from elite sports people would be fair – I don’t see why taxpayers should subsidise people who choose to pursue their hobby to such ridiculous extremes.

Dr Orchard is right to praise the government and Minister Roxon for their approach to tobacco. This in itself would be a massive achievement for any government, responsible for saving literally tens of thousands of lives. But they also commissioned the National Preventative Health Taskforce, which made recommendations across other issues, some to be implemented in short order, such as the establishment of the Australian National Preventive Health Agency, which will make a further contribution to action in areas such as tobacco, obesity and alcohol.

Of course we will always want more – and the progress already made on tobacco is an encouraging indication that action can result over time, even against tough and cynical opposition – but we also need to ensure that the arguments being presented to government are evidence-based, especially if seeking funding for a particular specialty.

Dr Orchard writes that “Sports physicians are the doctors most likely to promote exercise during a consultation” – but how many of the overweight and obese people in the community will go to a sports physician as their first port of call; and are sports medicine consultations really the highest priority for a national program of action on obesity?

Dr Orchard may have a case, but it would have been good to see this in the context of argument for measures we know can make a difference in the community.

We have seen a dramatic reduction in smoking precisely because governments listened to major health organisations and focused on measures that will have a broader impact. There was no special interest pleading by any specialties – all joined in calling for the action we are now seeing.