A bit late for that Kevin

The kind of warped judgment we came to know and love from Prime Minister Kevin Rudd survives now he is Foreign Minister.

A bit late for that Kevin. The kind of warped judgment we came to know and love from Prime Minister Kevin Rudd survives now he is Foreign Minister. There he was yesterday using the example of Canada’s failed bid to get membership of the UN Security Council to argue the need for political parties in Australia to adopt a bipartisan approach to gain a seat for Australia.

The time for trying to get bipartisanship was surelybefore beginning this vain and costly pursuit when it was Rudd the internationally grandstanding PM. Canada’s failure, which their government blames on a lack of support from its Opposition, is surely a good reason to call the whole wasteful Security Council campaign off.

And there’s not a thing we can do about it. Treasurer Wayne Swan is wisely keeping as far out of the debate about the use of exchange rates by countries to gain a trade advantage as he can. For Australia this tiff between the United States and China is one where we have absolutely no influence however important we might like to think we are. Our fate will be determined by others.

Real political dog whistling. Don’t vote for the dog killer is the short sharp message of this extraordinary ad being run by the Democrat Governor of Illinois Pat Quinn who is struggling to hold on to his job from a challenge by the Republican Bill Brady. 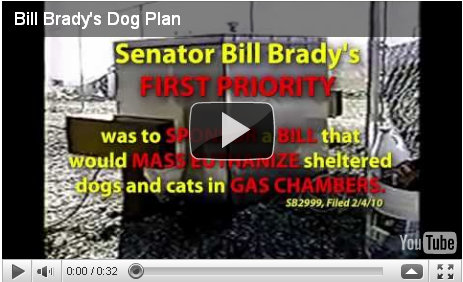 Apparently Mr Brady, who pollsters say is leading in the governorship race, once did sponsor a  bill authorising euthanasia for stray dogs but withdrew it after  complaint from the US Humane Society.

Perhaps the Speaker in the House of Representatives, Nancy Pelosi, could do with a little help from the Humane Society too because smearing her is the theme not only of Republican advertising but increasingly of members of her own Democratic Party Congressional candidates as well. 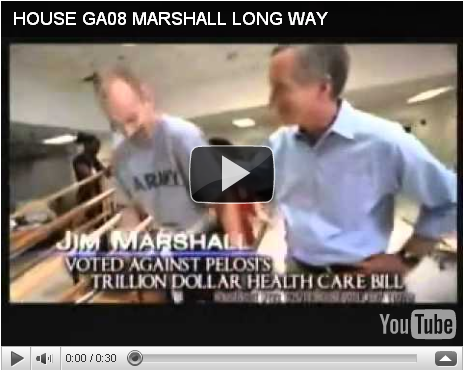 Now that, I assure is a Democrat ad!

The more things change … The Friedrich Ebert Foundation, a think tank linked to the center-left Social Democrats, this week published the results of a survey into the right-wing attitudes of Germans.

A sample finding: some 17.2 percent of respondents agreed with the statement: “Even today, Jews have too much influence.” But never fear, there’s just not a dash of anti-semitism in the modern Germany.

The pollsters also asked whether the practice of Islam should be significantly restricted in Germany. A total of 58.4 percent of respondents said that it should be, even though such a restriction would violate Germany’s constitution, which guarantees freedom of religion.

What is particularly pertinent is that 55.5 percent of respondents who tended to otherwise reject right-wing extremist statements agreed with the statement on the practice of Islam. The study’s authors characterized this as a “modern racism,” which is based on cultural differences rather than on supposed genetic differences.

Just over 55 percent of respondents agreed with the statement “I can fully understand why some people find Arabs unpleasant,” a result that was about the same in the east and the west. Again, over half of respondents that agreed with that statement tended to disagree with traditional right-wing extremist views. The researchers warn that right-wing extremist parties or right-wing populists could exploit this kind of resentment for political gains.

Before we do too much tut-tutting, perhaps the time is opportune for the pollsters to have a look at Australian attitudes to similar questions. I doubt that the findings would be much different.

55.5 percent of respondents who tended to otherwise reject right-wing extremist statements agreed with the statement on the practice of Islam. The study’s authors characterized this as a “modern racism,” which is based on cultural differences rather than on supposed genetic differences.

Doesn’t that mean that it’s not racism, by definition? We really need to find a different word for this (‘culturism’?), that isn’t so weighted with holocaustic/apartheid baggage. I’d wager that ‘culturism’ is much more prevalent than true racism, and it’s not really helpful for ‘culturists’ to be tarred with the racist brush.

Re anti semitism and Israel’s right wing government – there is no under estimating the depth of sickness to the human spirit that violence breeds.