You be the judge. Chief Judge Michael Rozenes has withdrawn from a listed hearing this afternoon, as he has been called to an urgent meeting with the Attorney-General. Is Jeremy Rapke’s predicament on the agenda? Doctors’ voice signs off. Kirk Coningham, the AMA’s general manager of communications, left last week. Before he packed up his […]

You be the judge. Chief Judge Michael Rozenes has withdrawn from a listed hearing this afternoon, as he has been called to an urgent meeting with the Attorney-General. Is Jeremy Rapke’s predicament on the agenda?

Doctors’ voice signs off. Kirk Coningham, the AMA’s general manager of communications, left last week. Before he packed up his office he sent the following email to all the presidents and CEOs of AMA state branches:

You likely knew before I did that Friday was my last day in the AMA. Francis managed the process with dignity and grace, and I depart with no ill feeling. Indeed, it is the right time for me to go.

From atop my now toppled ivory tower I needed to see the AMA with a very different future. A strong, united, national voice for all doctors (or at least the majority). Alas, it is none of these things today, and I fear it is unlikely to be so in the future.

If your role is to protect the AMA entity that you lead — you were right to dispose of me.

You were right to stop me asking the 50,000 doctors who choose not to be members what they want. I wanted to ask them what their priority was: professional or personal? Profession-wide advocacy or individual IR and training support? What flavour advocacy, national or state? Is geographical representation relevant? Then I wanted to ask them what they were prepared to pay. What services would they forgo for a cheaper membership? What do you think about ‘fee for service’ for those individual services they need intermittently throughout their medical journey, (AMA provides the best services at the best price to members only).

From my review of all other surveys I’d guess the answer was going to be something like:

I’m not saying the CEOs can’t deliver this without Canberra. But history says you won’t.

As you successfully guard against a national membership agenda, the membership slide steepens. We’re tracking at negative 1.8 percent. Disturbingly we have 16% fewer DiTs today than we had at the same point last year. The biggest threat? 28% of today’s membership is over 60 — and now that we’ve failed (without even firing a shot) to preserve the professional dignity of limited prescribing rights, why should they stay in retirement?

Other doctor groups are poring into the advocacy arena. They won’t insist their membership is a $1200 job lot paid to preserve a hide bound extraordinarily inefficient geographic structure that was out of date when it came into being 50 years ago.

I found the light at the end of my tunnel was a train. I’d heard the tooting, but genuinely believed my most obvious and essential agenda would get traction. It did so at Federal Council, but that’s not where it was needed. The CEOs, not the members, have the power.

While you exercise that power to protect your state entity ahead of the national interest (and I admit that’s your job), you will stop the AMA becoming the organisation it needs to be to survive.

I was originally despondent on this point. I came to the AMA to help preserve and strengthen the voice of doctors in the health system, and despaired at my lack of capacity to do so. I don’t despair now because I know that this voice is so essential it must ultimately be heard. Someday soon a group of doctors will get together and form a national doctors’ association that delivers the efficiency and unity required with a structure that guarantees it reflects the true voice of doctors and delivers what they want at a price they are prepared to pay. I’d put my hand up to be part of that.

Thanks — that was cathartic.

That said, I do very much appreciate the individual kindnesses you’ve all shown me at various times over the past two years. My problem was with the structure, never the fine individuals you all are. Thanks also for your patience in the face of rising provocation on my part.

I hope you will forgive my passing on these final thoughts and wish you all the very best for you and yours, today and into the future.

Rudd and his Cubbie. Close investigation will reveal Kevin Rudd had a lot to do with the emergence of Cubbie Station. At the time no thought was given to the “water catchment” affecting river systems. Water was taken to be a given, which it is with people in cities. Review shows Queensland, NSW and Victoria utilise irrigation that permits “large evaporation” from dams and old water channels. Convert the irrigation channels to pipes and install slow sprinkling into orchards and vineyards thus saving thousands of gigalitres.

Members of the myki mouse club. Packed tram, three officials in Melbourne Council uniforms on board standing in the doorway, looking like inspectors. Woman passenger asks: “I think I just topped up my myki but I can’t get it to work.” One replies: “Oh, we’re not inspectors. I don’t even know how to use it, I use a Metcard.” Another chimes in: “Yes, Metcards for me too, not myki.” All three laugh at myki while the bewildered woman walks away.

Rupert and Citizen Kane — spot the difference. Have you seen how Murdoch looks now without hair? Very much like someone else in the mogul business… 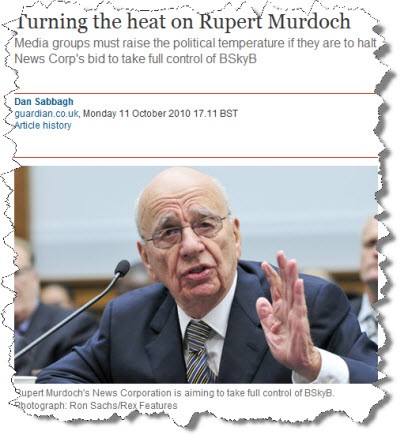 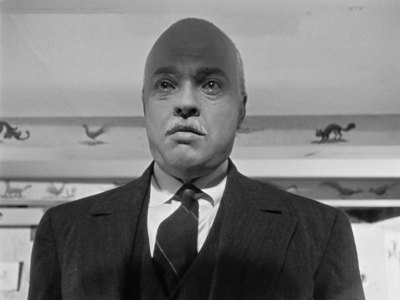