Should Mitchell and co be accountable for naming names?

Whatever the motives of 3AW’s Neil Mitchell in revealing the names of the Collingwood footballers questioned by police over an alleged incident last weekend, his actions highlight the urgent need for law reform in this area. Should what Mitchell did become a criminal offence?

Whatever the motives of 3AW’s Neil Mitchell in revealing the names of the Collingwood footballers questioned by police over an alleged incident last weekend, his actions highlight the urgent need for law reform in this area. Should what Mitchell did become a criminal offence?

This might sound an overreaction, but consider this: once a person is named as being investigated by police in relation to a criminal offence, their reputation is put at risk, even though they may be completely innocent. This damage to their reputation can be economic as well as personal. They may lose sponsorship dollars if they are a sportsperson. A person might also be suspended from their employment.

The most prominent and egregious example of the latter fact was the immediate suspension earlier this year by the ABC of The Collectors host Andy Muirhead, after he was charged with online p-rn offences. While the presumption of innocence is a fundamental right in a democratic society, the sad reality is that many people rush to judgement and pronounce individuals guilty once they see their name linked to a police investigation.

This is not the first time Mitchell has used his powerful medium to reveal the names of people being investigated by police. In October 2008, Mitchell stunned Victorian Premier John Brumby when he revealed that senior government minister Theo Theophanous was being investigated by police over an allegation of r-pe. Theophanous beat the charge hands down — it did not even get to trial. But from the moment Theophanous was named, his political career was finished.

Mitchell is, of course, not alone in his preparedness to name names. Police forces and other law enforcement agencies such as anti-corruption commissions around Australia regularly leak names, particularly of prominent individuals, to friendly media sources.

The law in this area does nothing to protect the individual named. Melbourne criminal lawyer Robert Stary observed this morning that according “to the … letter of the law, [Mitchell] may have been within his rights to name the suspects. But it’s certainly contrary to the spirit of the law.”

If an individual is charged with an offence then they have some legal protection because of the need for the media to be careful in their reporting and through a suppression order. But what about those individuals who are not charged? How do they prevent the mud from sticking?

This is where the law needs to step in. Contemplation needs to be given to making it a criminal offence to publish the name of an individual in circumstances where that person is the subject of an investigation for a serious criminal offence. While it may not be burdensome for an individual if Mitchell and others were to broadcast the fact that Joe Blogs was going to be charged with drink-driving, it is a different story if Joe Blogs has been questioned by police about an alleged r-pe, a fraud or an assault.

Some will say that the introduction of such an offence amounts to an attack on freedom of speech. But that right is not absolute, and it needs to be balanced against the right of an individual to be able to protect their reputation. And the possibility of a criminal charge would seem to be the only way to get the Mitchells and others of the world to understand that their desire for ratings and sensation is not an open book.

*Greg Barns is a barrister and a director of the Australian Lawyers Alliance.

The boredom of Mitchell on naming rights and wrongs 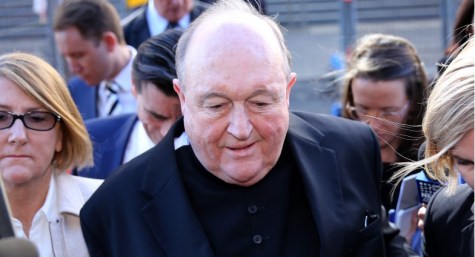 Greg has a point. We often cry “protect freedom of speech” and “the public has a right to know”…. until it is me they are throwing mud at…..

An example of the unfairness of the media are the recent spate of headlines following a married woman accused Brendan Fevola of exposing himself. This received feverish prominent print and electronic coverage. But, a few weeks later, when the police dropped any case against Fevola there was scant interest by our nation’s august editors. Fevola is no angel but he, like anyone else, deserves balanced reporting.

I’ve often thought that names should only be released if someone is convicted. I don’t think it matters if we’re talking rape or littering. Even the example given of a drink-driving charge may hurt someone who is a professional driver.

As pointed out, someone merely being investigated (let alone charged) often tars someone with an undeserved brush.

Ah so, if you name an AFL player for being investigated on sexual assault charges that’s a No No, but if it had been 2 NRL players I will bet you sanctimonious prats you would have been all over it like a rash.
Its the old double standard,nice middle class supported lads playing AFL don’t do these things,from what I have read in comments elsewhere its all the girls fault,whereas with the NRL, well you have to expect that from those kind of people,and please don’t bull S#$% me that its not the attitude that’s taken

I agree! As a woman who’s closely involved in advocating the rights of women; of eradicating all forms of violence against women, the naming of people who could be innocent is not helpful. I believe in the right to be treated as innocent until proven guilty – this is an affront to justice. In some situations, it could mean that a guilty person has a charge/es dismissed due to media treatment. This would be a travesty and would certainly not help in the quest to stop sexual and other forms of violence! It could also destroy peoples’ lives, and I’ve seen too many victims in this situation. People should not be judged ‘guilty by association’. That is the opposite of justice!

Journalists, shock jocks and others have a responsiblity to the community, to uphold the human and legal rights of all persons – persons of interest; persons who are charged with criminal acts, and of course the victims. The presenter in question has a reputation that only exhibits his own selfish wants – shock treatment to attract listeners. I don’t think he gives a toss about the damage that could be done.

Having said that, with the treatment of the police in almost all instances of sexual abuse that have involved footballers from the two major codes, I don’t have much faith in justice being served. Sadly, there are instances in both NSW and Victoria, when the interest of the media fades, and nobody is charged! And the alleged victims are left with damaged lives. We’ve also seen the aftermath of that, and what has been quite disgraceful has been the major TV stations’ attitude – after a short time, the alleged perpetrators of revolting behaviour end up with their own TV show/s!
The message to the community only reinforces the culture of violence, and indicates, that it’s the victim who’s to blame! Makes me feel very angry and frustrated!

It should be added, that the comments made by a well known female TV presenter has not helped the attitudes to women’s sexual abuse. Her comments and the alleged responses by the public were most disheartening. We still have a long way to go re community attitudes and sexual assault! People in the public eye also have a responsiblity, to not victimize the victims. I’d hoped that this attitude might be dead and buried – cremated even – but sadly, this is not so!

So, the struggle continues! I just hope that justice ends up being the winner here!