What lay behind the Villawood <br>protests?

Are immigration detainees risking their lives under the belief protests will be rewarded? The government is keen to send the signal that they won't be after a recent spate of protests at the Villawood Detention Centre.

The recent spate of protests by immigration detainees at Villawood Detention Centre has raised concerns about whether detainees are being encouraged to take dangerous protest action in the expectation they will be rewarded.

There have been three separate protest actions at Villawood in recent weeks: 16 Iranian Kurds undertook a hunger strike; nine Tamils, an Iraqi and an Iranian undertook a rooftop protest after the death of Josefa Rauluni, and nine Chinese nationals also mounted a rooftop protest after the Tamil group ended their protest. The first two actions were undertaken by detainees seeking protection visas; the majority of the Chinese group were students who had overstayed their visas or in one case, Crikey understands, entered Australia using false documents. Several had not applied for protection visas.

There are claims they were encouraged by refugee advocates outside Villawood using mobile phones (detainees are permitted mobile phones by the department on the basis that detention is not intended to be a form of punishment).

In all cases, the protests related to the length of time taking to finalise applications, rather than conditions of detention. This has been exacerbated by the long delays in processing protection visa applications, particularly given the suspensions of processing for Sri Lankan and Afghan asylum seekers earlier this year. One issue is the difficulty ASIO is having in processing large volumes of security checks on applicants who arrive by boat.

In all cases the Department of Immigration, and new immigration minister Chris Bowen, adamantly denied that any deals were negotiated to end protest action.

This is where there is a substantial difference between refugee advocates and the department. Jamal Daoud, of the Social Justice Network, told Crikey the Iranian protesters received verbal assurances from departmental officials that their cases would be finalised within three months. This is partly confirmed by Ian Rintoul, of the Refugee Action Coalition, who says protesters weren’t given an explicit three-month deadline but encouraged to think that timeframe would apply.

Sandi Logan, of the Department of Immigration, rejects this. “The department has always made it clear it does not respond to protest action and such action does not affect the handling of, and/or decisions made around the grant or refusal of people’s visas,” he told Crikey. “Further, if there is property damage and/or assault involved, criminal prosecutions can, and are pursued.”

The Tamil group have, since ending their protest, met twice with UNHCR representatives, according to Rintoul, which was a condition of their ending their protest. The department notes that this is unrelated to its own processes for determining protection visas.

“The Tamils definitely think they got something as a result of the protests,” says Rintoul. One protester has since received a letter from the department acknowledging information about possible threats to his safety, which will be considered in his application for a ministerial intervention. But, says Rintoul, “the bottom line for the Iranians was there was no specific deal”.

But Daoud has a different view. He says that while the department never gives any concessions immediately to protesters, it always does so “within a couple of months”, once attention is no longer focused on protests. This includes, Daoud said, the release of detainees.

This is a high-stakes issue for the government, which is determined to send a signal that protests will not be rewarded, but ultimately more so for detainees who may undertake dangerous protest action in the belief that it will be. The Villawood roof on which the protests were conducted is 15 metres off the ground and if a protester slips of, serious injury or death is almost certain. “Some of the activists involved in the recent immigration detention centre protests failed to appreciate the impact their words and actions could have on the protesters,” Logan says.

“They [the government] are obsessed with the idea of ‘rewarding bad behaviour’ even when that behaviour is more clearly the result of mental illness than a deliberate strategy to achieve a result. The Darwin walkout resulted in the men being taken to the lockup in Darwin overnight then in caged utilities out to the airbase where they were loaded on an Air Force plane and flown to Curtin — hardly a good result. Some were separated from friends, all were taken without their personal effects/possessions…

“The recent Villawood protest has seen the five Chinese including four women put in a van and driven to Melbourne/Maribyrnong IDC in the middle of the night, separated from friends and family in Sydney. This follows a pattern of removal of people after trouble — break them up.

“Recently a teenager in the MITA threatened to jump if he did not get a date for his hearing — he had been waiting months. He tried and was stopped. He then said that he would do it a few days hence. DIAC said that they would not give him a date even though they had one — rewarding bad behaviour. They got around it by giving all the dates out.”

In response, Logan told Crikey: “A number of people involved in the recent protest action at Villawood were transferred to more appropriate accommodation, at another detention facility, for their personal circumstances and for the good order and safety of the detention environment, when the protest action concluded.” He said placement decisions are made based on security security considerations, the needs of the individual, health and welfare issues and the general safety of staff and detainees.

All advocates reject the idea that they encouraged the protests in the strongest terms. Tamil activist Sara Nathan said she pleaded with the rooftop protesters to come down, so much so they eventually stopped taking her calls. The protests “certainly did not arise because of specific encouragement or suggestion from refugee supporters outside”, says Rintoul: “RAC does not encourage any actions that might result in people harming themselves.”

And all agree it is the uncertainty and mental health impacts of detention that are ultimately responsible for the protests. “No one wants to admit how much the mental illness, depression and desperation play into these incidents,” says Curr, who fears a big rise in suicide attempts in coming months. “It only takes poor communication to set something off like the Darwin walkout. Those guys believed that they were going to be sent back to Afghanistan. That’s why they walked out.”

Rintoul says the protest by the mainly Tamil group was in the immediate aftermath of the death of Raulini and prompted by the mistaken belief that Serco and the department were trying to cover up what happened. The department says it remains worried about the possibility not merely that detainees believe they will benefit from protests but that some may endanger themselves in the process.

“These are people’s lives we are talking about,” said Logan, “not simply pieces of paper, or nameless files, or visa forms. It is unfair and unhelpful to raise expectations in the detainees’ minds that a protest action, or prolonging a protest, will in any way bring about a changed outcome of the department’s consideration of their cases. This is simply not the case.” 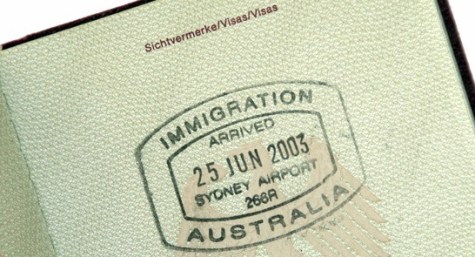 Hehehe. When I saw one comment under this article I thought “‘llI bet it’s marilyn”. Good one Daniel!

Wouldn’t it be convenient for DIAC to be able to blame the protestors outside the fence for inspiring the actions inside Villawood. Nothing to do with the way in which the asylum seekers are processed of course! The punishment of the Darwin protestors after they were lied to by DIAC is reprehensible. And it smacks of parternalism that DIAC cannot accept that the Villawood protestors had very good reason to be angry and that the suicide of the Fijian man from the roof was just the match that lit the tinder box.

I am quite sure that protesting does not speed up your claim. It probably means that it slows it down given the attitudes expressed and actions taken by DIAC after the protests. And this punitive approach is all for what – for legitmately seeking asylum in another country under international convention? But of course there is the nasty xenophobia and racism in the Australian community to be kept satisfied.

Bernard – give Ian Rintoul ANOTHER call, you’ve got your facts muddled up:

Wrong. At least since the start of the “new political interference” by Rudd & Co, March or April this year, NOBODY is permitted mobile phones. Not in Derby, not on Christmas Island, not anywhere. While those phones that had been permitted before, are not confiscated, advocates and “friends” who sent new ones, simply found they never reached the person they sent it to.

I strongly disagree with the argument that the protesters are the ones that provoked the protests – and that those protests have nothing to do with the conditions in detention.

I am a protester and have stood outside Maribyrnong in Melbourne on Sunday. It was the protests inside that inspired me to come out and show solidarity with them.

If you add together the conditions inside and the wait they have to endure to be processed, it is no wonder they take such drastic actions. The government puts them in far off islands, out in deserts and behind high electric, razor wire fences in part to hide them away from journalists and protesters, to try and keep them out of sight, to hide them away, to hope people will ignore them.