Elizabeth Thornton writes: Re. “Greater compulsion isn’t the answer to voter disengagement” (yesterday, item 8).  I keep suggesting to different people that voting could be different.

As we know, young people do not connect with politics, unless they are born and bred to it. They do not get what impacts parliament can have on their lives because they have different priorities.

When I was at school in U.K. years ago, we had a great teacher who wanted us to understand the party system as an election was due. We had a hat with all the different parties inside it. We had to draw out a party, then research what policies they had. The next week we took turns as candidates and we had to sell the party to our peers. Then we had a vote. I believe that this is what gave me an interest in politics.

Can this not be a part of research in schools? There was no particular leaning from the teacher. It was just fun.

“The amount of election funding payable is calculated by multiplying the number of formal first preference votes received by the rate of payment applicable at the time. This rate is indexed every six months in line with increases in the Consumer Price Index. The current election funding rate from 1 July 2010 to 31 December 2010 is 231.191 cents per eligible vote.”

By my reading, and I may well be incorrect, but the cost to the major parties based on 3.2 million people not voting in the election is not over $7 million, it is over $14 million, as surely first preference votes includes both the lower and the upper houses.

Chris Hunter writes: Re. “Support the Afghanistan troops by bringing them home” (yesterday, item 2).  Charles Richardson writes of  “an illegal and pointless adventure in Iraq”. Of course the same thing could be said about Vietnam, a war I misguidedly participated in. That Afghanistan follows along in similar vein raises the same old question — if these wars are ‘Illegal” then why are the perpetrators not brought to justice?

Andrew Wilkie speaks of the “illegal” war and he is now a parliamentarian. Isn’t it about time these so called law breakers were outed and if found guilty, disgraced once and for all. That Afghanistan is just Vietnam without trees is patently obvious. Bush, Blair and Howard continue to enjoy the benefits of office as elder statesmen. But if they are  war criminals, as is being suggested by countless commentators using the “illegal” tag, then why is this?

Surely they should be arrested and charges laid. Let them argue their case to the international court of justice. Only then will western leaders soberly consider their options before rushing off to their next “illegal” boys’ own adventure.

Bob Warn writes: I assume that Charles Richardson is a retired general or strategic/military expert?  (Or maybe just another lefty journo?) More left wing tripe from Crikey. I am doubly glad that I am not a subscriber.

A paradigm too far:

David Adler writes: Re. Yesterday’s Editorial. Please take Crikey to the editorial doctor to cure it as it seems to be also infected with the term “new paradigm”.

Occasional use perhaps but its continual use to describe the current Federal Parliament is getting more than tiresome! I just put the phrase “new paradigm Julia Gillard” into my Google search engine and there were 19,000 result.

Niall Clugston writes: Re. “The class of 2010: maiden speeches from the new MPs” (yesterday, item 9). Sorry to be pedantic, but Ken Wyatt is not “Australia’s first indigenous MP”.  Neville Bonner became the first indigenous Federal MP when he joined the Senate in 1971. Senators are Members of Parliament too.

More recently Aden Ridgeway served as a Democrat Senator. There have also been indigenous MPs in state parliaments, such as Linda Burney in New South Wales.

Wyatt is the first indigenous member of the House of Representatives, which is not quite as momentous.

Matt Andrews writes: Tamas Calderwood (Wednesday, comments) takes exception to the idea that “sceptics are irrational and economic dunces”, but then dives straight in to a truly dire piece of numerical mangling that even he should be ashamed of.

Casting aside all the actual economic modelling of the effects of a carbon price, Tamas pulls from some orifice or other the idea that a carbon price worth $10b per year would not result in any actual reduction in Australian emissions, but that they would triple. He does this by using the sleight-of-hand that Australia’s share of global emissions might drop by the end of the century — but in the context of the IPCC’s worst case scenario, which is that emissions grow by roughly 400%. In this la-la-land scenario, every other country on the planet completely fails to get off the worst-case-scenario path of quadrupling emissions … and so, duh, there’s not a whole lot of cooling going on.

Tamas then distorts things even further by presenting a price on carbon as if it were purely and simply a cost to the economy, like, say, income tax is to the family budget.  In reality, it’s a transfer from high-carbon sectors to low-carbon sectors: some parts of the economy benefit directly, some parts of the economy need to change how they operate, and indeed most economic analysis of this has underlined that early action is much more efficient and economically beneficial than significantly delayed action.

So-called climate “sceptics” (usually the utterly credulous) are fond of saying that reducing Australia’s emissions without the rest of the world is pointless — and, in terms of absolute global emissions, that’s obvious. Equally obvious is that if every country waits for every other country to act first, it just produces a tragedy-of-the-commons result. All (or most) nations will end up having to work together on this, no doubt about it; and a crucial component of building this kind of agreement is that rich, highly polluting societies like Australia take visible strong action on emissions: taking responsibility for cleaning up our act.

Ray Edmondson writes: Re. “Kohler: let’s hang up on old Telstra” (yesterday, item 22). Of all the things that are wrong with Telstra, nothing is more eloquent than its automated system for paying bills by telephone. A pontifical voice intones what you are “required” to do step by step, and when you finally get to the end, the experience has taken twice as long as making phone payments to my electricity supplier, mobile phone service, ISP and all the others who send me monthly bills and who have crisp systems voiced by someone who sounds alert and at least mildly enthusiastic.

It has been like this for years. Why?  Doesn’t it annoy Telstra employees when they pay their own phone bills? Perhaps they all have Optus mobiles and simply don’t know what their own system sounds like. Does Telstra never check its performance against its competitors?  It is the kind of thing that should have been automatically smartened up years ago, but the culture of the organisation doesn’t work that way. I think Alan Kohler is right. The bureaucratic behemoth is so set in its ways that it can’t be reformed and it’s better to cross it out and start again. 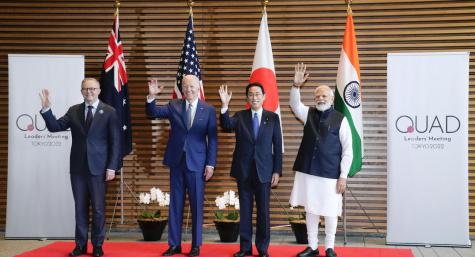 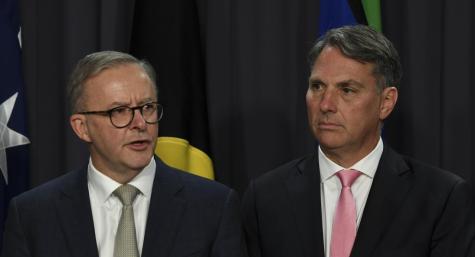 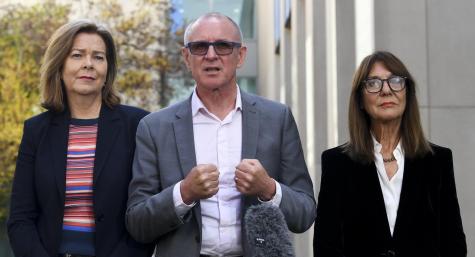 @Chris Hunter: Only states can be parties to ICJ proceedings. You’re thinking of the International Criminal Court.

“Member of Parliament”, or “MP”, in the Australian context is thus the generic noun applicable to all parliamentarians in Australia, perhaps a couple of thousand at any one time.

“Australia
“In Australia, the term “Member of Parliament” refers to Members of the House of Representatives, the lower house of the Commonwealth parliament. Members may use “MP” after their names – previously “MHR” was used but this is not current. The members of the upper house of the Commonwealth parliament, the Senate, are known as the “Senators”.

So, perhaps MP’s include all LOWER HOUSE parliamentarians throughout Australia.

Whatever the case, it is clear that Niall Clugson’s pedantry is founded not well.

Another letters page, another resounding rebuttal of Tamas Calderwood. His misinformation is surely deliberate, not just born of ignorance and innumeracy. For how long will Crikey collude with him and the other merchants of doubt? I’ve seen quite a few opinion articles on Crikey taking the ABC to task for giving a platform to denialist lies in the name of “balance”; when will Crikey put its money where its mouth is and institute a “no deniers” policy?

Voting and electoral funding:
Elizabeth Thornton writes: Re. “Greater compulsion isn’t the answer to voter disengagement” (yesterday, item 8). I keep suggesting to different people that voting could be different.
Your intellectual (because that’s what it is) ‘game’ idea is terrific and so easily doable for students at school. We would have loved it at school.
It might even be personally very valuable for some in parliament to be retrained as human beings to go to ‘school’ one day a month to achieve the next ‘allowed to sit for another month’ certificate.

So Guy Rundle doesn’t support euthanasia? Odd for a man from the Left because what he is really saying is that he wants euthanasia only for the upper middle classes who have social access to a doctor.

Does anyone seriously think that doctors, and those whose Class position allows them social access to a doctor, deny their terminally ill relatives wracked with pain (and who have clearly expressed their wish for it to end) the right to die?