The Model screw-up … The Oz ‘campaigning’…

The good thing for Sarah Murdoch is that only 196,000 people saw her live stuff-up on Foxtel last night. Plus, Channel Seven will book millions of dollars in advertising for its unexpected AFL grand final replay on Saturday but no high definition and other media news of the day.

A Model screw-up by Foxtel. The good thing for Sarah Murdoch is that only 196,000 people saw her live stuff-up on Foxtel last night (in the five metro markets) of the announcement of the winner of Australia’s Next Top Model: 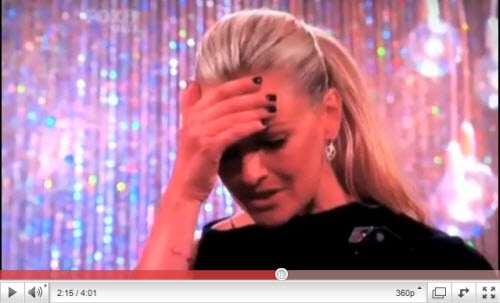 So in terms of pay TV audiences, a lot of people saw it. But in terms of the total TV audience, it was a blip. More people were watching free-to-air TV and probably read about it first in the Wednesday papers, or heard about it on breakfast radio/television.

As to why the winner’s name had to be spoken to her down her earpiece (IFB in TV jargon) is beyond me and others in the TV industry. What was wrong with the usual theatre of live awards in having someone hand an envelope that had been checked? Sounds like a cost saving to me. Fox 8 is one of the core channels owned by Foxtel. Who decided it should be announced in this fashion? Where are the executive producer and the Foxtel executive in charge? There are claims the person responsible for the mistake has been sacked. But the bloodletting should go higher because it was preventable.

Foxtel’s Jamie Campbell seems to suggest it was Murdoch’s fault. Why hang the host out to dry? Everybody in TV has made mistakes, some bigger than this, and the bottom line from all of them (including some of mine in my time at Nine) was they were preventable, but I/we stuffed up. The bottom line though, especially on live TV programs, is “protect the host” because they are the link to the audience. Make them look bad, you damage them and the program. That was obviously forgotten at Foxtel and Fox 8 for this final program. — Glenn Dyer

The Oz ‘out to bring down the govt’. The Australian is a “phenomenal campaigning organisation” that is dedicated to making sure the current federal government doesn’t work, according to new Greens federal MP Adam Bandt. In an extended interview posted by Slow TV, the free internet channel linked to the Black Inc publishing house, Bandt says he believesThe Australian is “immensely powerful” and “intervening on the side of the Coalition”.

Hardly surprising, perhaps, given the bollocking The Oz has given his party. Laura Tingle’s “belling of the cat” gets a mention, and Bandt says he is now glad that people are talking about what is happening. But: “I have no doubt that they will do what they can to try and bring down this government and make this government fail.”

Bandt says that he used to enjoy reading the newspaper, but now regards it as partisan. — Margaret Simons

Standard coverage for AFL replay. Channel Seven will book millions of dollars in advertising for its unexpected AFL grand final replay on Saturday. But it won’t broadcast the match in high definition, the network has confirmed to Crikey. Spokesperson Simon Francis says Seven prebooked outside broadcast facilities in the event of a replay, but:

“In order to assist other broadcasters with events like the NRL grand final, cycling events this weekend, etc, we decided to ‘hold’ SD facilities rather than prevent HD facilities being available to others. Taking into account the possible likelihood of a drawn match in the GF, this seemed like a reasonable insurance option at the time.”

No doubt. Except for Lenny Hayes errant behind that locked the scores at 68-all in the dying moments of Saturday’s match. Seven vowed to use its new male-skewed entertainment channel 7Mate to broadcast sport in HD — instead, as the umpire makes the first bounce on Saturday, 7Mate will be showing Magnum P.I., followed by The Rockford Files and Knight Rider. — Jason Whittaker

“The Iranian blogger Hossein Derakhshan, a beacon for those fighting for freedom of expression in the Islamic nation, was sentenced to 19 years in prison today for alleged anti-state activities.” — The Guardian

Ads will be more social, mobile and real-time: Google

“Google might be late to the display advertising game, but it wants Madison Avenue to know that it will be ahead of the game in the future. At the Interactive Advertising Bureau’s Mixx conference in New York on Tuesday, Google made seven predictions for display advertising that the company thinks will happen by 2015.” — New York Times

Forbes invests in a blogging future

“When Forbes bought blogging start-up True/Slant, it got a familiar face in True/Slant CEO and former Forbes editor Lewis DVorkin but an entirely unfamiliar editorial model for its website.” — AdvertisingAge

Why I sold out to AOL: TechCrunch boss

“The truth is I was tired. But I wasn’t tired of writing, or speaking at events. I was tired of our endless tech problems, our inability to find enough talented engineers who wanted to work, ultimately, on blog and CrunchBase software.” — TechCrunch

Re. Foxtel: “But in terms of the total TV audience, it was a blip. More people were watching free-to-air TV and probably read about it first in the Wednesday papers, or heard about it on breakfast radio/television.”

So the publicity stunt worked spectacularly! A series that was getting tired after several series and a network under threat from Digital fee-to-air got massive coverage you couldn’t buy on free-to-air TV and all other media. Expect an uptick in Foxtel subscriptions and renewed interest in the next series. Mission accomplished! There won’t be any sackings or bloodlettings – there’ll be promotions and bonuses for the brains behind this stunt. So what if you’ve crushed a young woman’s hopes to do it – this is reality TV folks.

I know that if you can explain something by a conspiracy or stuff-up normally you choose the latter, but in this case I’d need a lot of convincing it was an innocent mistake. If Foxtel weren’t part of the Murdoch empire and the host weren’t a Murdoch I’d be less cynical.

So what if you’ve crushed a young woman’s hopes to do it – this is reality TV folksABC says she got 25grand and a trip to Noo York an is happy.