Independent MP Rob Oakeshott is really getting the tabloid beat-up treatment from the News Limited empire.

Gunning for Oakeshott. Independent MP Rob Oakeshott is really getting the tabloid beat-up treatment from the News Limited empire. This morning’s attack, which made page one in some states and was featured prominently in them all, resurrected an 11-year-old finding by the NSW Independent Commission Against Corruption that there was no merit to a complaint against him as if it was some kind of new shock-horror revelation.

Then for good measure it was suggested that making representations to the Defence Department on behalf of someone Oakeshott knew without disclosing that the person was a friend of his was in some way improper. Complete nonsense but, I fear, a sign of what is going to make this Parliament a very ugly one.

Distorting Westminster. This morning it was the turn of the Liberal Member for Fadden Stewart Robert to display his ignorance for the benefit at the Canberra ritual of the doors. With the subject of the day for the gaggle of journalists being the election tomorrow of a Speaker and a Deputy Speaker of the House of Representatives, Stewart, a comparative parliamentary newcomer just about to start his second term, pronounced that “the Westminster system requires the government to provide a Speaker”. Which is simply nonsense because the House of Commons, sitting in the Palace of Westminster, requires no such thing.

Now it is true that only once in the 20th century was someone elected Speaker for the first time not a member of the governing party but subsequent elections saw those once chosen re-elected until they retired irrespective of which party had become the government.

And then there was the exception of 1992 when Labour’s Betty Boothroyd became the first female Speaker of the House of Commons when the Government was Conservative. That precedent of choosing a presiding officer from the ranks of the opposition party was followed in 2009 when the Conservative MP John Bercow was elected despite there being a Labour Government.

What Republicans mean by being American. The Daily Kos website produced an ingenious illustration of who the modern US Republican Party sees itself as appealing to — a collage from all the photos used in the party’s just released pledge to America. 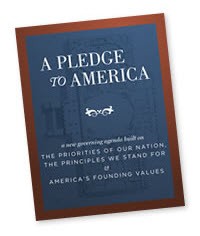 “The hair on top of the head must be neatly groomed,” the regulation says.

“The length and bulk of the hair may not be excessive or present a ragged, unkempt, or extreme appearance.”

“Males will keep their face clean-shaven when in uniform or in civilian clothes on duty … Handlebar moustaches, goatees, and beards are not authorised.” 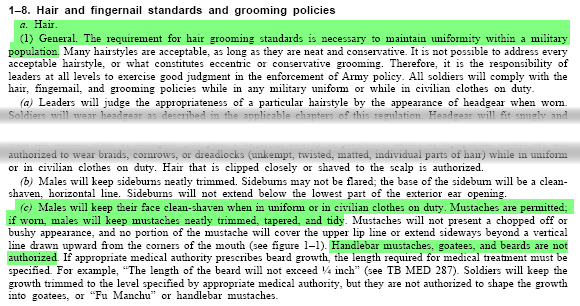 That might be all well and good for white Anglo Saxon Protestants but to Sikhs it smacks of religious prejudice. Their religion dictates that men not cut their hair, which is wrapped under the distinctive turban with moustaches beautifully twirled. And in the United States there are more than 500,000 of these original inhabitants from India.

The New Delhi-based newspaper Mail Today reported this week that, in what appears to be a quiet shift, the US military since last year has allowed three Sikhs to serve while retaining their turbans and beards. 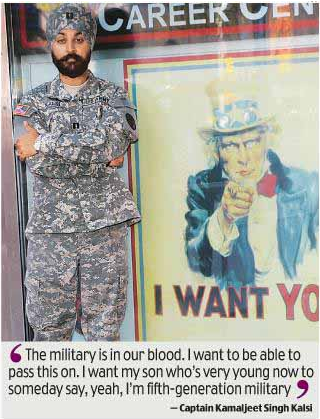 The US Sikh suffered hate crimes after the September 11, 2001 attacks by assailants who falsely associated the religion founded in India with al-Qaeda leader Osama bin Laden and one of the three new military officers, Captain Tejdeep Singh Rattan, of Dayton, Ohio was quoted as saying he thought “the only way for that perception to be eliminated is when young Sikhs come up and say: ‘I want to serve in the military’. I said ‘whatever it takes, I’m going to fight this thing — I’m going to serve’. Maybe if nothing else comes out of it, people will know who Sikhs are,” he said.

“It is the army’s policy to accommodate religious practices as long as the practice will not have an adverse impact on military necessity,” Wright said.

But lawyers for the men believe the US military has developed guidance to accommodate Sikhs.

Most recently, the army on August 30 accommodated a new recruit, Simran Preet Singh Lamba, after initially denying him.

Lawyers are closely watching his case as he undergoes rank-and-file training. He is not in the medical field as yet.

Critics have argued that the military needs to ensure conformity and that easing rules could be a slippery slope with precedent for other issues. President Barack Obama’s administration is cautiously moving to allow gays to serve openly in the military, a hot-button political issue.

The hair on top of the head must be neatly groomed. The length and bulk of the hair may not be excessive or present a ragged, unkempt, or extreme appearance.

Disclosure of interest: the author is bearded but bald.

“Jess, what’s the best thing about necrophilia? You never have to say you’re sorry.”

The musical taste of a dictator in waiting. London’s Sunday Telegraph reports that the favourite song of King Jong-un, the 27-year-old son of North Korea’s Kim Jong-il, when he was at school in Switzerland was a German remake of an original Hot Chocolate hit. 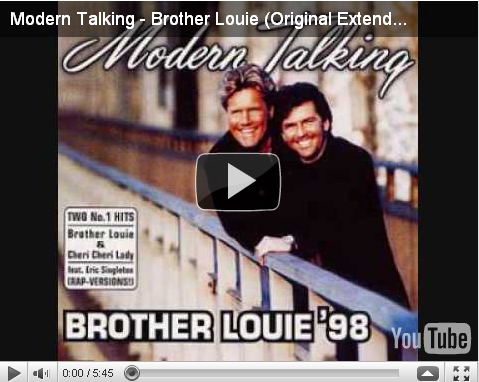 Who said things could not get worse in North Korea?

Talk about “The Godfather”, and “Good Fella’s”?
But can you blame “the Limited News Coalition (“The Pick-a-Nostral”?) – with their non-elected influence on our governance – with what these “Independents” have, and stand to, cost them – for trying to nobble them for the next election?
They’ll “neglect to mention” or adjudicate on any number of embarrassing “transgressions” by members of their party “today”, in their attempts to influence voting intentions, and play those of any opposition to the heavens, if they reckon it will deliver them more say in the way we are run, it doesn’t matter how “current”.
And who brought us this latest 10 year old “explosive revelation” – after 10 years, and being “kept up some sleeve” – “for just such a rainy day”? “Godwin Grech Inc”?

It’s no accident that News Ltd in Holt St Sydney’ is surrounded by pubs and brothels. Really.