Powerful, and a bully? One of the men in the Australian Financial Review‘s power issue could be next in court for behaving inappropriately towards women in the workplace, some years back. Liberal musical chairs. The musical chairs within the Liberal Party has begun following the successful WA campaign during the federal election. State director Ben […]

Powerful, and a bully? One of the men in the Australian Financial Review‘s power issue could be next in court for behaving inappropriately towards women in the workplace, some years back.

Liberal musical chairs. The musical chairs within the Liberal Party has begun following the successful WA campaign during the federal election. State director Ben Morton is being widely touted as a possible replacement for his underperforming NSW counterpart Mark Neeham. Neeham is under fire following the lacklustre performance of the NSW division during the election campaign.

Meanwhile, back in WA, in anticipation of Morton’s depature, deputy director Ben Allen has already begun canvassing support from key party figures behind closed doors in a bid to fill the state director position. Allen is understood to have key factional backing for the position following his strong performance in the marginal seat campaigns during the federal election.

Rann’s retirement. Mike Rann will leave South Australian politics by mid next year and head off to Europe.

Queensland LNP leadership spill. A senior state opposition MP has been so busy doing the numbers to dispose of current leader John-Paul Langbroek that he’s taken leave to ensure the job’s done properly. Langbroek will be gone within weeks, replaced by Clayfield old boy Tim Nicholls, with the very urbane David Gibson as his 2IC.  Former leader and current deputy Lawrence Springborg has also been keenly casting an eye over recent proceedings.

Is the fight over on Qld sell-off? Union anger towards the Bligh government’s rail freight sell-off is now largely just for show. Bosses in one electrical union have started telling members to wind down the protests. Free share allocations for all workers in the new rail company are also helping smooth the waters.

Entsch can’t talk on travel. So Liberal whip Warren Entsch is telling the ABC this morning that the prospect of them allowing a pair “so that somebody can have an overseas jaunt is highly unlikely.” This would be the same Mr Entsch who racked up $207,163 in publicy-funded international travel between 2003 and 2007?

Does everybody need good Neighbours? Following on from Bernard Keane’s story on Australian drama quotas: the price Ten pays for Neighbours is incredibly low and a fraction of the production cost. When Ten ran into financial trouble years ago Reg Grundy bought their interest from the receiver and it has made a fortune in overseas sales.

What one can be assured of is that Ten will do everything possible to clear out the cupboards and buy anything that cheaply fulfills the Australian drama quota. One pities the Australian producers of real drama who have watched production decline over the years, the victims of commercial cynicism, fierce political lobbying and an impotent regulator in ACMA. Or are Ten going to try to lobby the government so that Neighbours is counted on its digital channel?

Demidenko gets real. Look what Helen Demidenko is up to. I love this bit: “I went to considerable trouble to catch the racist, sexist, ignorant attitudes and milieu of my characters only to be accused of making excuses for them. This was proof to me that people are not capable of bearing much reality, and that historians are some of the worst offenders.” Not capable of bearing much reality?! You can’t make that up…

Tax man calls on teachers. When the WA College of Teaching was set up six years ago, the accountant assumed it was a state government entity and therefore exempt from payroll tax. Apparently the bill received from the ATO recently has a lot of digits to the left of the decimal point…

The papers just don’t stop… I’m a member of the Melbourne footy club, and The Age offers discount subscriptions to all members of the club at $25 for a year of Friday/Saturday/Sunday/Monday editions, or $50 for the whole week (or something similar; I can’t remember the exact details). I took this offer up in 2008 when I was living at my sister’s place. It was a one-year subscription, halfway through the year I moved house and couldn’t be bothered to change addresses and all that nonsense as it was a small amount of money and my sister still read the papers. The curious thing is that I’ve never renewed the subscription, and the papers are still being delivered — a full 19 or 20 months after my initial 12-month subscription should’ve stopped.

Protecting privacy — and impotency. Yesterday I was looking up some information for a client regarding online privacy legislation. When I went to the website and clicked on the link in the second paragraph — “Visit State and territory privacy laws for more information” — the link gets redirected to an online drug store selling Viagra. I rang “Australia’s national privacy regulator, protecting personal information” and spoke to a staff member who took a look whilst I was on the phone and said thanks for letting them know, but 24 hours later it is not yet fixed. The site still appears to be compromised using some javascript exploit but although I’m uncertain where or how it’s inserted the re-directs. 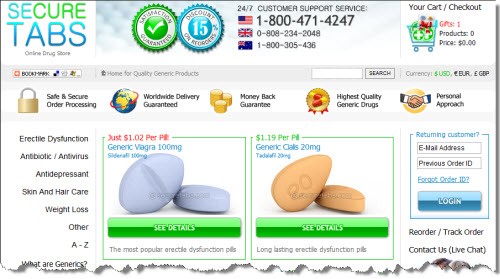