New Telstra magazine? Telstra has signed a major publishing deal with ACP Magazines, Crikey understands. A spokesperson for the formerly Kerry Packer-owned publishing giant wouldn’t comment on the deal but confirmed an announcement was imminent this afternoon.

Crikey hears the new venture — the first between the two companies since Ziggy Switkowski and Bob Mansfield’s ill-fated attempt in the early 90s to buy Channel 9 from Packer — is the brainchild of former Sol Trujillo henchman Rod Bruem, corporate affairs manager for Telstra Business who was responsible for the now-dead propaganda website Now We Are Talking. Bruem could even be parachuted into the editor role at the ACP venture, insiders tip. — Jason Whittaker

New digi channels live online. In 2011, the Ten Network launches its new branded digital multichannel Eleven. It’s interesting to see that despite the fact the channel doesn’t launch for another four months (approximately), they’ve already set about establishing a web presence. Eleven can be found on Twitter and on Facebook.

The Eleven website URL offered on the Facebook and Twitter leads to Eleven Lighting. Mild fail, but we can probably cut them some slack on that one. It’s worth noting that Nine has also established a Facebook presence for the soon-to-launch GEM channel. — Dan Barrett of Crikey TV blog White Noise

Barbie threatens Crikey jobs. Journalists at Crikey are in a state of panic today after the announcement that Barbie, the world’s favourite bottle-blonde, is throwing her hat into the journalism ring. The 50-something year old super-woman, who has excelled in careers as a “registered nurse, surgeon, Olympic gold medalist, presidential candidate, and astronaut”, is far more attractive than any of the Crikey team and would undoubtedly bring more publicity to the organisation than any quality reporting could achieve.

And, charging a fee of only $12.99 for a lifetime contract, she is vastly cheaper than any of the Crikey team (except me, the intern). While Barbie is expected to start her career as a television reporter, her extraordinary written communication skills make her a prime target for other media outlets, and media commentators believe that the transition to the online platform is imminent. Crikey journalists have already resigned themselves to the fact that they will no longer be needed, and have started looking for jobs at fast food restaurants. — Crikey intern Nick Johns-Wickberg 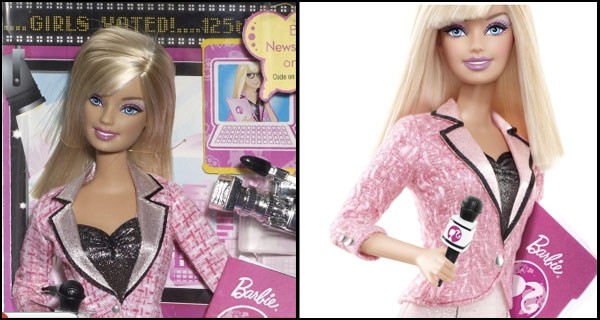 NT News watch: Slow news day? Not in Darwin — it’s under attack … from the Koreans! 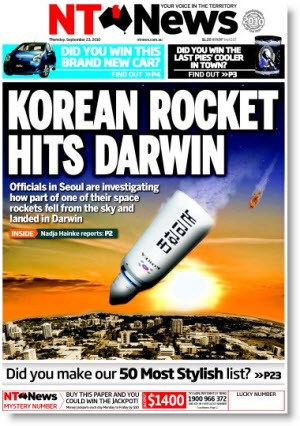 “Legendary Australian bushman and documentary maker Malcolm Douglas has reportedly been killed in a car crash on his Broome property.” — The Australian

Demi Down Under for gossip mag fight

“Hollywood star Demi Moore is scheduled to personally appear in a Melbourne court next week for a legal battle over photographs published in a gossip magazine.” — The Australian

“While it looks like he won’t be starring in any more Old Spice ads for the time being, Mr Mustafa has accepted at least two film roles, one in a movie starring Jennifer Aniston.” — AdvertisingAge

The Simpsons: TV’s most lucrative family

“The Simpsons is the most successful television brand of all time with global DVD and merchandising sales of more than $8bn (£5.1bn), according to a survey of industry experts.” — The Guardian

The best: magazine covers of the year

“Those 12 category winners, seen below, are now the finalists in a vote to determine the best magazine cover of the year.” — Huffington Post

The worst: TV ads of the year

“We asked you to tell us which commercials you hate the most, and oh boy, did you let us know.” — The Consumerist