On YouTube there is a 14-minute warning -- about the air superiority crisis facing Australia as a US ally -- that new defence minister Stephen Smith and every member of the new parliament needs to review.

There is today, worldwide, on YouTube a 14-minute warning — about the air superiority crisis facing Australia as a US ally — that new defence minister Stephen Smith and every member of the new parliament needs to review: 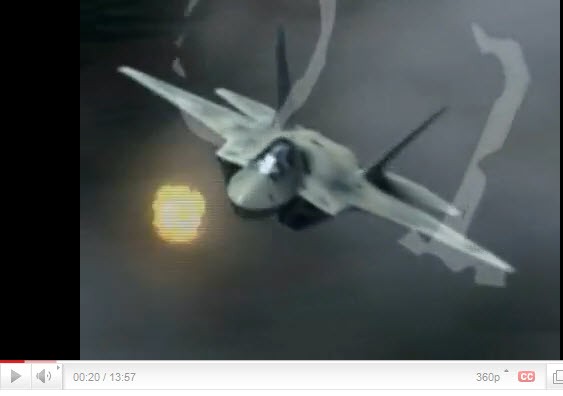 That video is a presentation by the recently retired commander of the USAF Intelligence Surveillance and Reconnaissance agency, LtGen David Deptula, to an Air Force Association conference in Maryland last week.

It has taken a week to suddenly go viral, and we need to be clear about who is behind it.

America’s Air Force Association had this presentation made by an extremely important commander days into retirement as an unimpeachable wake-up call to politicians and media, who are the captive of feel-good propaganda by the proponents of the JSF or Joint Strike Fighter F-35 project, which has bled the brains, and the dollars, out of defence thinking across the Western alliance.

For all of the “corny” presentation, the contents put in lay terms the diabolical loss of air power superiority facing the West that has been substantially caused by facile over-reliance on a JSF project that is terminally late, incredibly costly, and incapable of delivering on its promises.

It is like trying to tell the French about the futility of the Maginot Line before WW1 or warn Congress about the true nature of the Japanese threat before Pearl Harbour.

The video brutally summarises the failings of the JSF. It summarises the lock-out strategies of Russian and Chinese surface-to-air developments in terms of not just their territorial limits, but those of client states such as Venezuela, or Indonesia.

All of this new technology is for sale. Deptula says the Russian answer to the JSF, the PAK 50, will be deployed from 2015, and that China will fly its version, the XXJ, by 2012 and deploy it by 2018.

He could be wrong by four years and Australia still faces the loss of air superiority because of the inherent limitations of the JSF.

Stephen Smith is now defence minister surrounded by an establishment of advisers and bureaucrats who have behaved like the agents or sellers of the JSF rather than the servants of Australia. Our defence establishment has dismally failed to get on top of the officially documented shortcomings of the Lockheed Martin lead JSF project, and has not provided timely and impartial advice to his predecessors as to the true situation of a project that will leave this country without air superiority in the Asia-Pacific. Worse, leave the US, as our defence saviour, without air superiority.

It might seem easy for parliament to ignore the consistent warnings of Air Power Australia, an independent Defence think tank about such issues in recent years.

But will it ignore the US Air Force Association? This pillar of the US defence establishment has not resorted to social media at whim. It has done so out of frustration and a sense of fast-approaching calamity.

Ben
For once I agree with you – the JSF is a massive waste of money when compared to the vastly cheaper (i.e. cost effective) Euro Fighter which literally gives you more bang for your buck, and is available, and operational, NOW (as opposed to in the ‘years to come’).
ADF – scrap the JSF project now, buy twice as many Eurofighters, and still come out saving money – can the defence force listen to logic?

The Maginot Line was designed and built after world war 1

I disagree that describing the limitations of the joint strike fighter F-35 ‘is It is like trying to tell the French about the futility of the Maginot Line before WW1 or warn Congress about the true nature of the Japanese threat before Pearl Harbour’.

The Maginot Line and Pearl Harbour were attacked by big wealthy industrialised fighting forces. Neither the US nor Australia face such a threat in the foreseeable future.

It’s simple. We need to bring back the F-14 Tomcat. They looked great, had wings that went forwards AND backwards, and the two-man cockpit thing allowed Maverick and Goose to get close without being discharged from the USAF under “don’t ask don’t tell’.

Apparently only Iran is using still them. Methinks the Iranians are on to something…

You might or might not have a point about the JSF, but the video is a sick joke. Describing Venezuela’s air-defence system as a “threat”, for example. The US is never going to be in a fighter-critical battle with Russia or China – it will come down to missiles and nukes if it comes down to anything. US air superiority has not been even the slightest issue in Afghanistan, Iraq, Grenada, Cuba, or anywhere else since WWII.