Paris and the RBA … #optusfail …

Nobody wants to hear about what Reserve Bank governor Glenn Stevens has to say, right? But what if you made some tenuous link with woman-about-town Paris Hilton, with accompanying illustration? Plus, other media news of the day.

Paris and the RBA — joined at the hip. Nobody wants to hear about what Reserve Bank governor Glenn Stevens has to say, right? But what if you made some tenuous link with woman-about-town Paris Hilton, with accompanying illustration? Nick Nichols, writing in today’s Gold Coast Bulletin, has the right idea…

PARIS Hilton gets lucky again — homebuyers get screwed. These are the headlines of the week.

While they are somehow disparate, they share a similar theme in that they describe two glaringly obvious cases of injustice.

On the one hand, the fate of a dizzy socialite who can’t tell the difference between chewing gum and crack cocaine takes a turn for the better because overpaid lawyers can sniff out a platinum credit card at 50 paces.

On the other, there is no joy for homebuyers who can’t tell the difference between an interest rate rise and a crack over the head — because there isn’t one.

If Paris Hilton were on the case, we might stand a chance.

But justice in a handbag is clearly a privilege for the rich.

Go the Titans! Meanwhile, you reckon the Bulletin‘s goldcoast.com.au site is backing the Titans in the NRL finals series …?

The iPhone is here … and gone. Received from Optus on September 20: 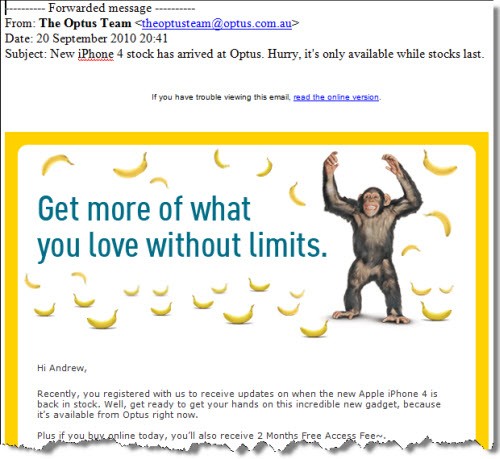 Received from Optus on September 21: 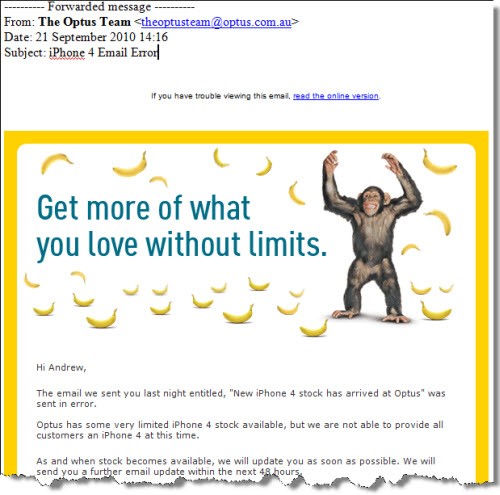 “A new survey of the readership of Australian newspapers and magazines should be in the market by the end of next year.” — The Australian

I dug the dirt, and they hung me out to dry

“A private investigator paid by journalists to illegally obtain information about celebrities and public figures has said he was a fall guy for the powerful newspaper groups he worked for.” — The Guardian

“Barely a week after launch, a Seattle-based streaming TV start-up filed suit against major broadcast networks, hoping that a court will approve of it’s attempt to retransmit live television broadcasts over the Web.” — WebNewser

“’That’s already the case. The dinosaur has died. Only the brain has yet to receive the message.’ As this publication’s dining critic and free-floating reptile brain, I’ll try to grunt out a retort.” — ChicagoMag.com

“The Washington Post is back with a repeat edition of their ‘America’s Next Great Pundit’ contest. Last year, they found an American Pundit that was so Great that he hasn’t written any punditry since this past March.” — Huffington Post

Home and Away too steamy for Kiwis