The Australian has found a new way to repackage its sports content for commercial gain -- sport for rich people. Plus, Pizza Hut gets emotional and other media news of the day.

The Oz cashing in on sport. The Australian has found a new way to repackage its sports content for commercial gain — sport for rich people. Its Sports Lifestyle section — “brought to you by Range Rover” — features news from golf and sailing, of course. Plus rugby union, for those private school toffs up north. And that richest of all sports, Formula One motor racing. But where’s the polo coverage…? — Jason Whittaker 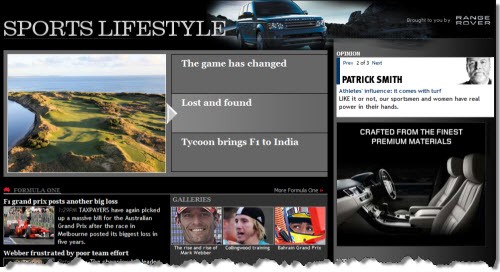 NT News watch: We do love those great NT News vox pops. Like this one today on the Darwin Detention Centre…

…but not as much as we love the front-page screamers. Though why Billy ate the glass as well is beyond us… 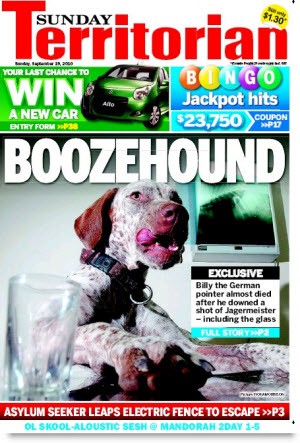 Pizza Hut gets emotional. Would you be more inclined to buy a pizza if you knew the hopes, dreams and menu preferences of the 19-year-old making it for you? Pizza Hut in the US seems to think so. It’s launched a new ad campaign aimed at tapping into the emotions behind its pizzas — and it’s made its employees take centre stage.

“We just need to incite the consumer to pull up the emotional side of the brand … Our pizzas, our pasta, the wings, the way they taste, the crust,” gushed Pizza Hut’s chief marketing officer Brian Niccol to AdAge.com. He added: “We need to leverage that as opposed to, say, we’ve done anything wrong … we have no need to denigrate the brand in order to get people to engage with it.”

A novel approach to the art of advertising, no doubt. — Crikey intern Inga Ting

“Herald Sun columnist Andrew Bolt is being sued under the Racial Vilification Act by a group of Aborigines led by 73-year-old activist Pat Eatock over two columns he wrote last year.” — The Age

“A number of new internet search engines created by Christian, Jewish or Muslim entities aim to filter out queries from web users in a way that is more relevant to those users and keeps them from temptation, alcohol and p-rnography.” — Sydney Morning Herald

“James Murdoch’s plan to charge for online access to U.K. tabloid News of the World shows he’s extending his paywall model even as advertisers flee websites of two of his other newspapers where Internet readers have to pay.” — Bloomberg

“Rumors surfaced earlier today that Facebook was building a mobile device based on Google’s Android OS. According to an official representative however, the company is not, in fact, developing a device.” — Mashable