The high costs of dodgy interpreting in Afghanistan

the US army is seemingly so naive about language and communication skills that they think nothing of putting the lives of civilians and soldiers into the hands of untrained and inexperienced interpreters, writes Ingrid Piller on the Fully (Sic) blog site.

The American broadcaster, ABC News, recently broke a whistleblower report that US army interpreters deployed in Afghanistan often don’t speak the local languages. In fact, up to a quarter of the interpreters hired by a private provider, Mission Essential Personnel, failed basic language tests.

Click on the video below, to watch one such interpreting episode unfold: a Pashto-speaking villager in effect offers to co-operate with US troops but the interpreter makes up an entirely different scenario with the Americans eventually walking away and cursing the villager. No wonder they don’t get anywhere winning the hearts and minds of the locals! 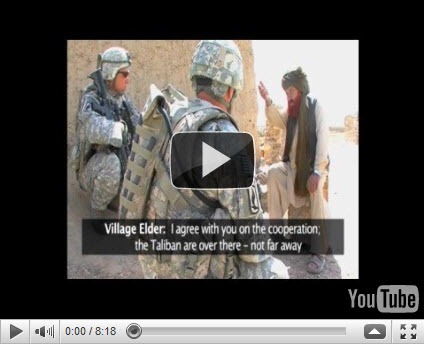 A Christian Science Monitor report has some examples of the damage caused by incompetent interpreters: in one case, misinterpreted directions resulted in a mortar attack on the wrong spot. The entire livestock of a village was killed in that attack; US troops paid compensation to the villagers. In another example, a request for shooting illumination flares was misinterpreted as a request for a mortar attack, which resulted in an unspecified number of casualties.