Will Labor have the immigration debate it squibbed in 1988?

The Fitzgerald Report, commissioned by Bob Hawke in 1988 to investigate migration policy, was hidden in a cupboard somewhere but perhaps now is the time to get someone to dust it down. 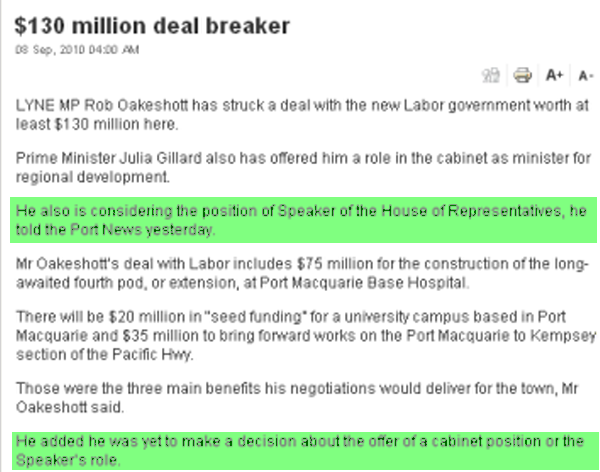 Will Labor have the immigration debate it squibbed in 1988? Family reunion as a key plank of Australian immigration policy remains for me a constant reminder of what happens when a politician, even such a highly principled one as Labor’s Gough Whitlam, puts short-term political advantage ahead of a reasoned assessment of what is best for the country.

The notion that former migrants should have a major say in who were the new migrants became Labor policy because it was seen back in 1972 as a way of securing votes. And the rest, as they say, is history. Governments since then have been too scared to abandon family reunion as a significant method of determining the migrant intake for fear of losing votes from what has become a corner stone of the Australian version of multiculturalism.

The Labor Government of Bob Hawke back in 1988 toyed with the idea of change and commissioned Dr Stephen Fitzgerald, who had served as Australian ambassador to China, to report on Immigration: A Commitment to Australia. The Fitzgerald report found that there were major problems with migrant selection mechanisms, widespread community mistrust of the immigration program and that citizenship was undervalued.

The report examined key issues relating to immigration in Australia, particularly public perceptions of the program, non-European migration and the notion of multiculturalism. It made recommendations regarding the size and scale of the program but also on how best to educate the Australian public on the aims and benefits of immigration. It also recommended that Australia’s economic and social interests be examined in the course of developing immigration policy, that social harmony be a key consideration and that the non-discriminatory nature of the policy in terms of individuals’ ethnic background, sex and religion be emphasised.

The issue of multiculturalism was approached as a problem:

Perhaps part of the problem is the word itself. Perhaps too much is expected of the concept. It appears it cannot accommodate the many definitions which are forced upon it by exponents and opponents… Just as Australia is a democracy but it has its own identity, so also is it multicultural, but nonetheless identifiably Australian. It is the Australian identity that matters most in Australia. And if the Government will affirm that strongly, multiculturalism might seem less divisive or threatening.

The lure of the ethnic vote proved too strong for these ideas to be embraced and the Fitzgerald Report was hidden in a cupboard somewhere but perhaps now is the time to get someone to dust it down and update it because immigration and population policy are going to be major issues for all political parties in the years ahead with some of the questions of a difficult kind for politicians to grapple with. You will get an idea of the debate to come from the lengthy article by former Treasury Secretary (and National Party Senator) John Stone in a recent issue of Quadrant.

At the top of the Stone list is the persistent  claim that immigration has beneficial economic effects.  Of the economic growth justification he writes:

About forty-five years ago the then Secretary to the Treasury, Sir Richard (Dick) Randall, asked me to draft a Treasury paper on the economic effects of immigration. Randall, a strong supporter of our then immigration policies (as was I), believed such a paper would conclude that they produced real economic benefits.

Weeks later, having struggled—with my small staff—to produce that paper, I told Randall that we could not honestly reach that conclusion. While immigration produced a larger labour force, and hence a greater rate of growth of total Gross Domestic Product (GDP), we could not show that it raised per capita GDP—the average Australian’s living standard. While the immigrants were almost invariably better off, existing Australians were if anything marginally worse off. Despite many attempts since by interested parties to prove the contrary, I have never seen an intellectually rigorous study that did so.

In 2005 the Productivity Commission was asked to examine the matter. Its April 2006 report, Economic Impacts of Immigration and Population Growth, reached essentially the same conclusions as we had done forty years earlier. Even for skilled migration, “the effect of increased skilled migration on average living standards is projected to be positive, but small. It is also likely that most of the benefits accrue to the immigrants themselves”.

In short, immigration does not improve average Australians’ living standards, and that long-standing argument for it has no substance. Our corporate chieftains—including importantly those controlling our media—find that conclusion unacceptable. More immigrants mean more demand for their products, whether widgets or newspapers. Thus, when the latter editorialise about the need for large (and preferably larger) immigration programs “in the national interest”, they should declare their own.

Stung by a taste of h0ney in India. There will be much bewilderment around the hives today after an Indian government authority has found that a batch of honey labelled as Australian contains antibiotics. 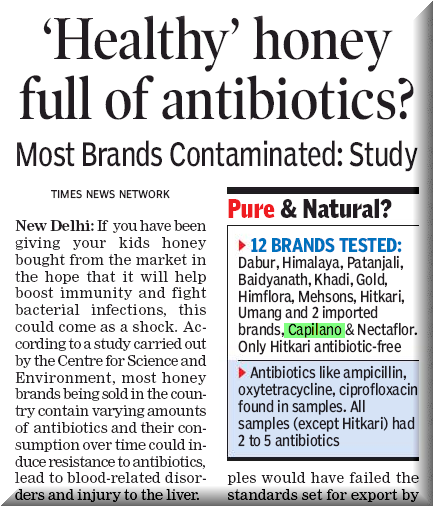 Capilano Honey, based in Queensland, are stunned by the report. They do not export directly to India but some of their honey might have reached the Indian market via the middle east. The company spokesman says tests on the company’s honey had never revealed any traces of antibiotics. Nor have  residue tests by Australian agricultural authorities in recent years  found any traces of antibiotics.

Not so in India, it would appear. 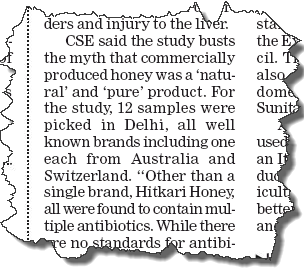 No doubt we will hear and read more about this honey war.

Women know while men tend to think they do. An academic study of eight years of Gallup opinion poll data on climate change knowledge and concern in the US general public has found women know more about the subject than men. Not that men let their greater ignorance deter them from professing to be more expert. Consistent with much existing sociology of science research, the study author Aaron M. McCright finds women underestimate their climate change knowledge more than do men.

Also, women express slightly greater concern about climate change than do men, and this gender divide is not accounted for by differences in key values and beliefs or in the social roles that men and women differentially perform in society. 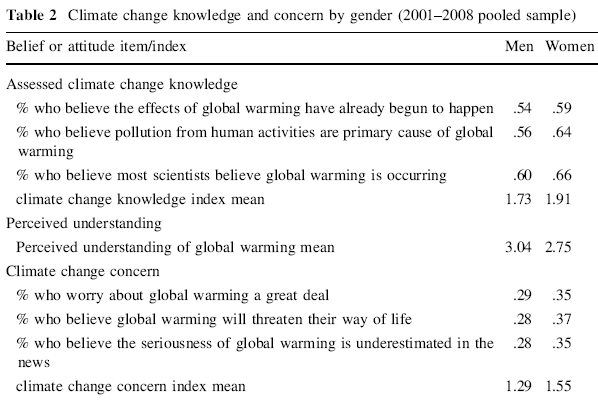 Malcolm Fraser: a champion for immigration and a bigger Australia

Do we need to cut Australia’s immigration, even if that hurts the economy?

Re immigration: the other side of the debate is that we need immigration to counterbalance the decline in the working age population that is predicted to otherwise occur over the next few decades, leading to a narrowing of the tax base. Bernard Salt has argued this case eloquently.

Re climate change knowledge: the survey results do NOT indicate that women have greater knowledge of climate change than men. It indicates that they accept the received/majority opinion more, not that they have greater knowledge of the science, or are better able to interpret the science. The author of the study assumes that the IPCC ‘consensus’ is correct, although it has been contested, and then merely measures the extent to which public opinion is consistent with this, not the extent to which it is well-founded. This is a study about public opinion, not public knowledge.

Re immigration. I accept that many argue for Australian immigration on demographic grounds but surely Bernard Keane has been arguing frequently and stridently for immigration on economic grounds notwithstanding the efforts of some Crikey posters to convince him that GDP growth is not the same as the per capita growth that counts.

Re Indian claims about Australian honey. An acquaintance argues that India’s outrage over their students’ experience in Australia is payback for Australia refusing to sell them uranium. If this is right they could be extending the front to honey.