Rudd’s no mouthpiece for Julia

We really are close to accepting a presidential style of government when the pundits start worrying that a Foreign Minister might actually start making foreign policy.

A Foreign Minister making foreign policy. We really are close to accepting a presidential style of government when the pundits start worrying that a Foreign Minister might actually start making foreign policy. Yet that is what has been happening since the appointment of Kevin Rudd as Minister for Foreign Affairs. It is as if the notion that the man might actually have some ideas of his own and be something other than a mouthpiece for his Prime Minister is something to be alarmed about.

On the contrary, it seems to me to be a wonderful change for the better that our dealings with other countries and international bodies under a Julia Gillard administration will not just be a Prime Ministerial play thing and that the department of which Rudd is the ministerial head will once again become the principal source of advice to government rather than a secondary influence after an adviser in the PM’s office and a boffin or two within Prime Minister and Cabinet second guessing the real diplomats.

Close to crossing the line? It is often a difficult and fine line for the head of the defence force to justify the way the forces he commands are fighting a war yet avoid putting himself in the position of justifying the very war itself. The second should clearly be the prerogative of the civilian administration yet it is over this line and into the role of political advocacy that some might think Air Chief Marshall Angus Houston crossed this week when discussing the role of Australian troops in Afghanistan.

Although this was an important statement by Defence Chief Houston, no transcript of his remarks had been posted when I wrote this at 10am this morning but in the absence of any published correction we can presume the version of his remarks on the ABC website is an accurate enough record.

What Air Chief Marshall Houston is reported as saying is:

“So any notion of changing strategy at this point would not be sensible. It’s important that we maintain our resolve; we maintain our determination to give this strategy a chance to deliver the effects that I’m sure it will deliver over the next 12 months.”

If this was just a reference to military strategy — the way the war is being fought — then well and good. He is entitled to his opinion and well qualified to give one. But any wider meaning to “maintain our resolve” ventures into the dangerous area where Australian politics now has different views.

At least one independent and all of the Greens, the parliamentarians this Labor Government needs to govern, don’t think we should be fighting in Afghanistan at all.

A waste of Turnbull. Turning Malcolm Turnbull into an attack dog on the government’s broadband network plans is surely a waste of talent. This Liberal politician of ideas and vision is a man who should be used to create policy not to destroy one.

And it is worth recalling that it was Turnbull concentrating on showing how macho he could be in opposing a government that ruined his reputation over Godwin Grech and played a major part in losing his leadership of the Liberal Party.

My quote for the day. From the Confessions of a community college dean blog:

Putting s-x into a politics column. An Italian version of equal opportunity in politics. A close ally of Silvio Berlusconi, the London Daily Telegraph reports, has provoked a furious debate on s-xism in politics after saying that women wanting to be elected to parliament should use their bodies to kick-start their careers. Giorgio Stracquadanio, an Italian government MP, said it was “absolutely legitimate” for women to use their sex appeal and physical attributes in order to ensure success in their political careers. 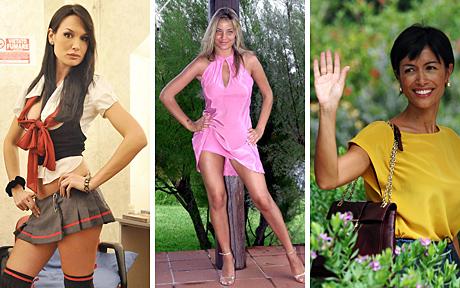 Palin for President. Her influence just keeps growing. Sarah Palin took another scalp this morning when the female candidate she supported for the Republican Senate nomination in Delaware beat the man supported by the Republican Party establishment. The chances of the former Governor of Alaska becoming her party’s candidate for the next presidential race remain at around 17%.

While talking of Rudd and of line crossing, isn’t it nice to see how Julie Bishop puts the Country’s interest first and her domestic political interests second when she shit cans Rudd and says the Prime Minister and her Foreign Minister are bitter enemies just as the latter jets off to represent… err… the Country’s interest internationally. So much for politics stopping at the border. Self interest first, daylight making up the trifecta and the national interest nobbled by colourful identities. Oh well, start as you mean to go on I suppose.

I’m not convinced that Turnbull will be wasted in communications. First, the national broadband network is an important development which should be supported by a credible critic, and Turnbull is surely one of the better qualified in the Coalition.

Secondly, presumably the Coalition will have to develop a reasonable alternative policy some time so Turnbull will have to create at least 1 policy.

While he’s at it he might review the apparently bipartisan cross media ownership laws and anti siphoning rules which are shot with inconsistency, protectionism and ignore any technological development after about 1950.

Rudd v Bishop. Its a knockout already. Stay down on the canvas devil woman, else you are going to get really done over. The new Foreign Minister in his first press conference this morning showed the media he means business and is not in the mood for taking their cr-p. Ms Bishop should be very very wary. Im liking what I see of K Rudd reinvented as a Minister in a portfolio he loves.