TV networks and movie studios love remakes and, in a world of post-irony, reimaginings. Why? Instant name recognition. It’s easier to get a project greenlit if the Execs are familiar with a concept/brand. Audiences equally have a similar reaction when the marketing begins.People love familiarity and nostalgia. Recently on TV we’ve seen remakes of V, […]

TV networks and movie studios love remakes and, in a world of post-irony, reimaginings. Why? Instant name recognition. It’s easier to get a project greenlit if the Execs are familiar with a concept/brand. Audiences equally have a similar reaction when the marketing begins.People love familiarity and nostalgia.

Recently on TV we’ve seen remakes of V, The Prisoner, Battlestar Galactica, Bionic Woman, 90210, Melrose Place, The Fugitive, Knight Rider, and the soon to launch Hawaii 5-0. Very rarely are remade shows a success, yet they keep getting greenlit.

“It’s a story in a detention centre about a woman who, wrongly accused, seeks her revenge.”

“We’re very excited about it. We’ve looked at Prisoner for some time now and wondered whether it’s time to revive the style of that show.”

A Prisoner remake series for Ten makes perfect sense. The show is well-remembered, retains a loyal fanbase locally and in the UK/US where it was named Prisoner: Cell Block H, the DVD set is often well-stocked at most JB Hifi stores (released by Shock, the set checks in at a mammoth 174 DVD’s), crime drama is huge in Australia at the moment, and Ten would be well-served with a well-recognised brand on the channel following the move of Neighbours to the digital channel Eleven.

With that in mind, why is the program set to be called “Inside Out”?

In fairness, it may just be News Ltd that have blown the Prisoner aspect of it out of proportion. But, with the show so closely aligned with Prisoner, it’s a fairly easy leap to make. Especially with the involvement of Ian Bradley.

I doubt that the show is to be strict Prisoner remake. I’m sure it will have a new flavour, a modern sensibility, and possibly take on elements of successful similar fare like Underbelly and the US series Oz. Calling it a Prisoner remake may be a disservice to the show, but the audience are already making the connection and will inevitably be disappointed when it turns out as something other than their expectations.

Why not tap into the name recognition of Prisoner? Everyone will be looking at this as a Prisoner-infused series anyway. Why not take advantage of that and look at the show as an extension of the Prisoner brand identity? Underbelly was very successful with this tactic with Underbelly: Tale of Two Cities and Underbelly: The Golden Mile. It could just as well work for Prisoner. Especially in foreign markets where this could do great business in program sales as well as DVD/digital sales.

Prisoner: Inside Out. Works for me. 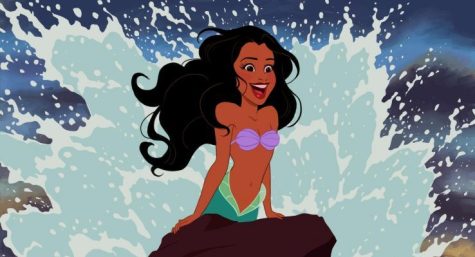 Charlie’s Angels 2011 and the culture of TV remakes