Chief of the Defence Force Angus Houston issued an instruction Monday revoking the policy that effectively banned transgender service members. The ADF is believed to be the last government agency that specifically fired employees for transitioning gender, writes Harley Dennett.

Chief of the Defence Force Angus Houston issued an instruction Monday revoking the policy that effectively banned transgender service members. The ADF is believed to be the last government agency that specifically fired employees for transitioning gender.

The individual whose recent gender transition lead to the reform work was not available for public comment, but the referral service that assists gay, lesbian, bisexual and transgender service members, DEFGLIS, was aware that commanders had been anything but understanding.

While the ADF works on a new policy to address those problems, slated for December, Air Chief Marshall Houston called on commanders to show more understanding. Monday’s signal instructed commanders to “manage ADF transgender personnel with fairness, respect and dignity … and existing medical review provisions; and ensure all personnel are not subjects to unacceptable behavior”.

It comes 18 years after the ADF repealed the ban on gay and lesbian service members, and two years after it started recognising same-sex relationships for family entitlements. Yet Australia still trails Canada, Israel, Czech Republic, Spain and Thailand, which not only allow transgender soldiers to serve but also support them through diversity programs.

Last year the ADF joined a Pride in Diversity sexualities conference with Justice Michael Kirby to look into discrimination in the forces, the first time the ADF consulted outside on the issue. Gay and lesbian soldiers and their families have marched in the Mardi Gras for the past three years but are still waiting for authorisation to do so in uniform like other community events.

Medical discharges for service members who express transgender feelings has become standard across the globe since “gender identity disorder” was included in the third edition of the Diagnostic and Statistical Manual of Mental Disorders (DSM III) in 1980. The draft of the fifth edition has become mired in controversy over whether the diagnoses should remain when many transgender people do not regard cross-gender feelings as a disorder.

Transgender people haven’t had good fortune with Western militaries, with recent examples including:

The US-based Palm Centre, which specialises in LGBT military matters, released a report on transgender soldiers in 2007 that found much of the military’s beliefs about transgender and intersex medical requirements were myths and posed no barrier to effective service.

While transgender and intersex people will no longer be fired from government employment, there remains significant discrimination against this segment of the Australian population.

The Australian Human Rights Commission’s Sex Files report last year found systemic barriers for cross-gender and intersex individuals to obtain relevant personal documentation, that in some cases, the absence of which endangered lives. Further, Commissioner Graeme Innes said the commission didn’t have the resources to further investigate other problems such as the lack of access to medical services and appropriate protections from discrimination.

There are no Commonwealth protections against workplace discrimination on the basis of gender status, however the Gillard government has promised to address the issue for the first time when it consolidates existing anti-discrimination laws during this term. The Fair Work Act currently includes sexual orientation as a form of unfair discrimination, but not gender status.

News of the demise of the transgender ban will undoubtedly raise the ire of retired Brigadier Jim Wallace, who heads the Australian Christian Lobby. Wallace has been an outspoken opponent of gays and women serving in combat roles.

Broderick verdict on Defence: abuse is worse than outside 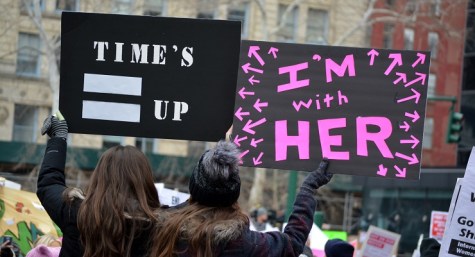 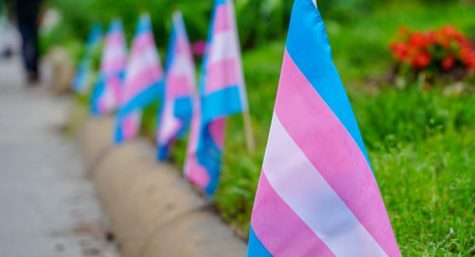 Still, by Guy Rundle’s reasoning, the fact that men, with their hard bodies, have traditionally done the fighting bit, we should think very carefully about letting transgender people into the military. I don’t have a reason, just a prejudice based on some child hood trauma.

In Australia employees are sacked. Are we going to see “sidewalk”, “flashlight” and “flip-flop” as the standard terms on Crikey?

I hope you weren’t touching yourself when you were thinking about “men, with their hard bodies traditionally doing all the fighting”

You are seemingly unaware that women first served in the Aussie military during World War II and that the RAAF was the first service to fully integrate women into operational units in 1977.

The only positions from which women are currently excluded are those with a high probability of hand to hand combat, like infantry

Having watched a 6ft Tongan tranny beat 4 bogans who had tried to mug her into unconsciousness in Kings Cross circa 1995, I suspect some would have a lot to offer in combat roles too

“We all know one of the main factors of war is the element of surprise. And what could be more surprising than the First Battalion Transvestite Brigade – Airborne Wing parachuting in behind enemy lines wearing fabulous make up?”

From his Dressed to Kill DVD 🙂

Cool, now transgender people can kill Afghan civilians too. What a victory.