Andrew Denton’s apparent spray at TV legends Graham Kennedy and Bert Newton set the Fairfax online pages alight yesterday. Too bad it was a beat-up. And is this the worst use of the criminally overused "gate" suffix?

Denton to Fairfax: you misrepresented me. Andrew Denton’s apparent spray at TV legends Graham Kennedy and Bert Newton set the Fairfax online pages alight yesterday, with more than 200 commenter’s reacting to the piece under the headline ‘”I’m sick to f-cking death of them”, Denton’s spray at TV greats’. There was just one problem with the article — which must have brought in a tonne of hits — the piece was a beat-up, as Denton proved today. In an open letter published on Fairfax online, Denton claims that his comments were misinterpreted:

It has been drawn to my attention that the SMH, and Age, online is running the headline ‘”I’m sick to f-cking death of them”, Denton’s spray at TV greats’.

This headline misrepresents what I have actually said and I request that you change it.

As you will see in the article my words were: “With due respect to the late and the living Graham Kennedy and Bert Newton, I’m sick to f-cking death of hearing them eulogised [at] every Logies.”

One viewing of the original interview on Mumbrella shows that he’s got a pretty good case, yet Fairfax this morning continued to spruik “Denton’s pop at the TV industry”. — Tom Cowie 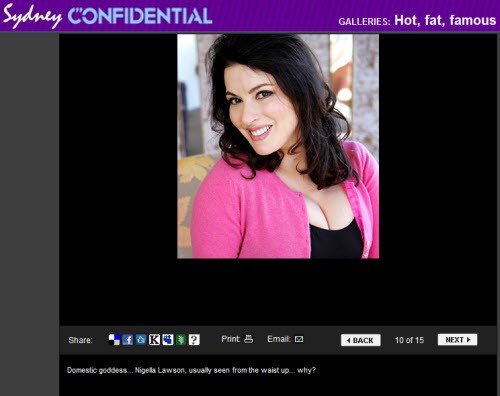 Gate-Gate. Is this the worst use of the criminally overused “gate” suffix? 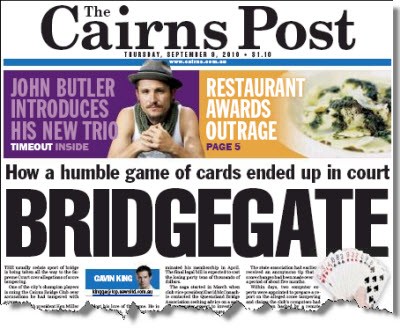 Vox pop of the day: Ray Bauer, speaking to The Advertiser in Adelaide, speaks for the nation …

“The Downing Street communications chief Andy Coulson is under renewed pressure as it was announced that MPs will hold an emergency Commons debate about newspaper phone hacking tomorrow.” — The Guardian

“Asked about his response to the suggestion that the NYT might print its last edition in 2015, Sulzberger said he saw no point in making such predictions and said all he could say was that ‘we will stop printing the New York Times sometime in the future, date TBD.'” — EditorsWeblog.org

Nothing to be excited about in advertising

“Political parties and vested interests such as the mining lobby were forecast to spend up to an extra $100 million in the lead up to the August 21 poll.” — The Australian

“Kim France, the editor who invented Lucky magazine in 2000 along with James Truman, who was the Condé Nast editorial director at the time, has left the magazine. She was replaced by Brandon Holley, who worked at Condé Nast in 2007 until Jane, the magazine she was editing, was closed. Since then, Ms Holley has been working as editor in chief of Shine, Yahoo’s site for women.” — New York Times

“Journalists who have lost their jobs in the UK in the past five years still have an enduring love and passion for the industry, despite struggling to find new work and fears over money, according to new research conducted by Journalism.co.uk and the University of Central Lancashire.” — Journalism.co.uk

Some propaganda with your morning paper? Why Fairfax is spruiking for Putin