The Christchurch earthquake … by an MP in the centre of it

I have experienced personal terror while my home threw me around like I was some drunken sailor on a ship at 4.35am on Saturday, writes New Zealand MP Aaron Gilmore from Christchurch.

Well the past 48 hours have been some of the most dramatic of my life to date. I have experienced personal terror while my home threw me around like I was some drunken sailor on a ship at 4.35am on Saturday. My daughter Evelyn sleeping through it in the room next door while I struggled to get to her and protect her from falling debris. The noise was incredible. Minutes later the fear that it was not all over as aftershocks hit.

Then the adrenalin kicked in and a search for cellphone, torches and radios and survival kit. The place was dark and a cold -2° frost was outside reminded me that I needed to put on some clothes. A quick reccy of my house to see it had not fallen down and thoughts to see what had happened. Calls and texts to my wider family followed. My brother was within 15 minutes in the car with his wife and two kids on the road leaving their house as fear of a tsunami hit. My other brother is fine too. 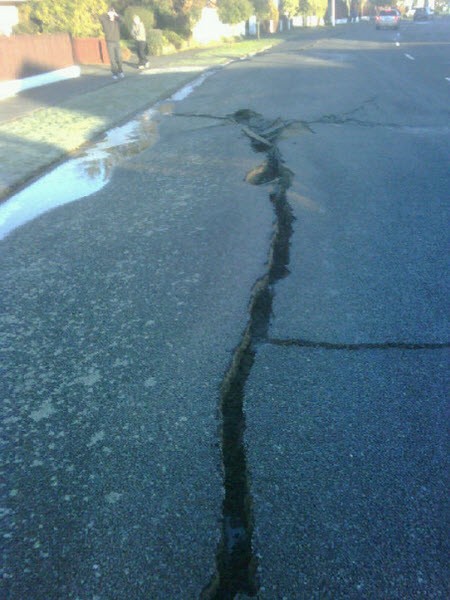 My brain kicked in to track down on radio what had occurred. A 7.4 earthquake. Thirty kilometres west of Christchurch. I ring my brother Craig to say stop heading inland. Over the next few hours I go into planning mode. Calling and texting lots of people as I gather more information. My street and neighbours are fine. Discover quickly that my suburb is pretty well off. People milling around the streets as daylight hits the damage becomes more evident. I visit my father who for the first weekend in about 37 years is on his own to check in he is a bit shaken up.

By 6am it is becoming clear that the city of my birth has suffered terribly but miraculously no one has died. Thoughts then move to what one can do. Civil defence passes on info to me to advise my cell contacts in the area. I text out to a few hundred locals about what has happened and to stay out of the central city. Next texts and calls start flooding into me. Seeing if I am OK and asking questions. A quick trip to my office to gather water bottles nearby sees it fine while the building two along has serious damage.

A quick trip around my area shows that Brighton, Bexley and Dallington were hit bad. Brooklands too. I fed back information to Minister of Civil Defence on what I see.
Over the next few hours more damage are reported. The destruction will take months and maybe billions to fix. All the while the emergency workers are working frantically to clear debris and get services working again. I help where I can. My suburb gets restored by mid-afternoon on Saturday. Others are not so lucky. 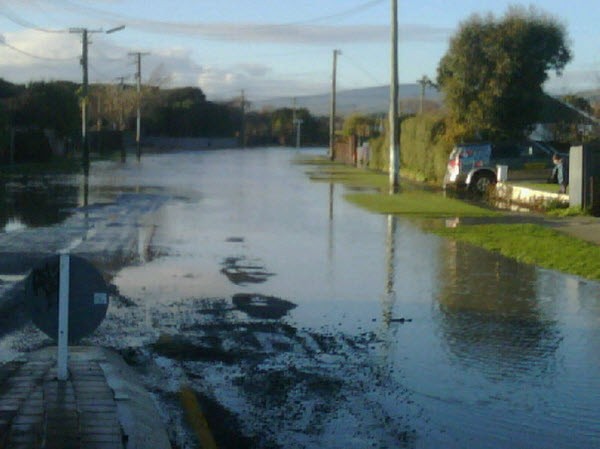 The PM and other senior ministers arrive and come and visit first-hand our local damage. Thousands of homes and business are damaged or destroyed. By Sunday morning my brother’s house and street are told it will be weeks, if at all. I distribute water bottles to people and hear their fears and stories. Attending a meeting of some 300 in Brooklands Hall it is clear that communication is poor in places and more needs to be done for these people, and I give them a plea to remain calm and what they can do. The welfare centres fill up and people move in with friends and family.

Heading into CD central in town I see first hand the damage in the city and receive a brief from the mayor and staff. Still after some pleading and questions and great work by Orion manage and the Council team led by Mayor Bob to get fresh water, and power restored to the Brooklands area, which was great.

The level of community spirit is amazing to see. Schools are now to be shut and much work is needed to bring things to some form of normal but as I write this some 95% of the city has power, most has water and sewerage reconnected too. The rest is seriously damaged. My brother’s house is bad and so he and his family move into my place. 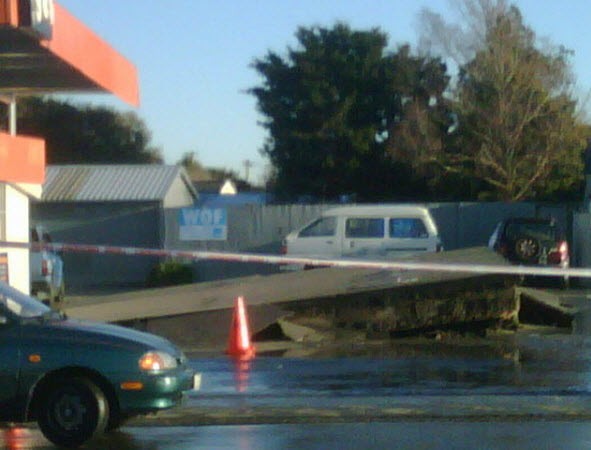 I am now in a period of anger. I am angry that this could happen to my home town. And that anger now needs to be funnelled into the rebuild, and that also brings opportunity. While some want to leave Christchurch I want to rebuild it bigger and better. Our city will remember this forever and I don’t think I will ever be the same again.