The Daily Telegraph gave its Confidential column a glamorous makeover last week, launching a dedicated website with all the latest gossip -- and gratuitous bikini shots. Plus all the media news of the day. 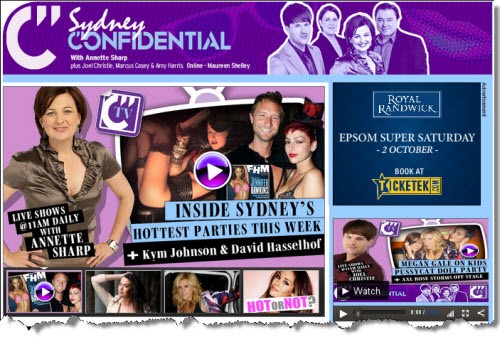 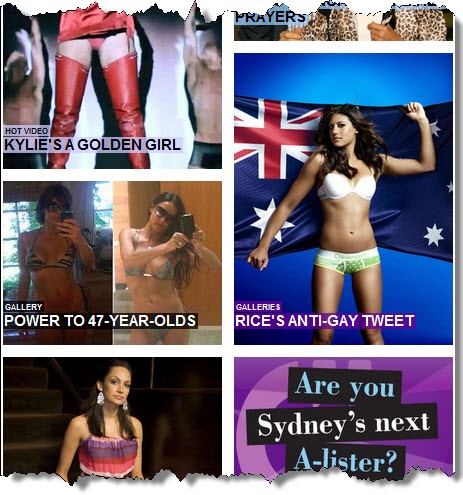 We only read it for the articles. Well, that and the daily videos where chief gossip-monger Annette Sharp gathers her starry-eyed troops around the office to discuss the day in celebrity scandal… 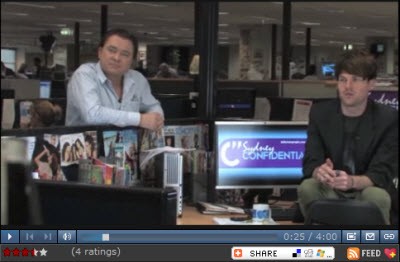 …a remarkably similar concept, it has to be said, to the TV output of global gossip goliath TMZ (seen here on Nine’s Go! channel), where its Starbucks-sipping sleuths casually laze about the office to bitch about whose arse looked big in that. 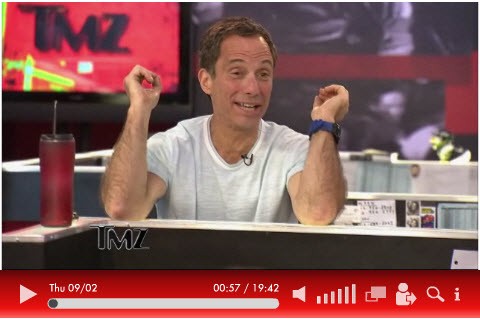 Puppet regime? What is the ABC trying to say with the photo for this story about Rob Oakeshott, asks Crikey reader Marcus Ogden? 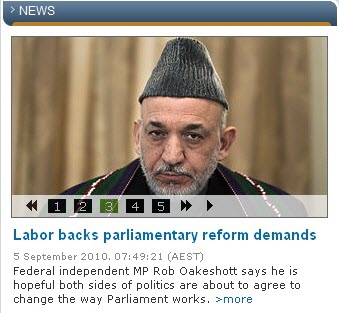 News of the World to NY Times: we’re more ethical than you

“Yes, Murdoch’s News of the World, which has paid out millions in phone-hacking settlements, whose reporter went to jail for his role in the scandal, which faces a stream of angry plaintiffs, and which wants to wage newspaper war on the New York Times but thinks the Times should be enjoined from investigating Murdoch’s newspapers, wants to dictate ethical standards to the Times.” — Slate

“Heavy metal fans revel in their image as outcasts. For the music industry, however, followers of the British metal band Iron Maiden have become model citizens.” — New York Times

No more bus rides for journos

“The era of acquiescent journalists trailing in the thrall of federal election candidates is over. Phil Gardner, editor-in-chief of Melbourne’s Herald & Weekly Times newspaper group says his papers are likely to ignore future federal election campaign buses.” — The Australian

Google the front for new marketing

“Before BP could stem the oil gusher at the bottom of the Gulf of Mexico, it unleashed $100 million in ad spending, largely on network TV, to stem the damage to its image. But it also started spending heavily where it had never spent much before: buying ads in Google’s search results.” — Advertising Age

NO More Bus rides for Journos – great, absolutely great. Then we won’t have to put up with the inane reporting and pictures those same journos produced.

Give the voters what they want instead – policy details. Of course, there may be few journos who can understand policy detail enough to write about it!!

Thanks, BH. I just had a thought… perhaps the policy details were there all along, only the journalists didn’t know a policy when they saw one.