Labor’s salespeople let it down

How a government presiding over the best growth rate in the developed world could not win an election. It just doesn't make sense.

How did it come to this? When you look at the national accounts figures for the June quarter released today by the Australian Bureau of Statistics you just have to shake your head in amazement that a government presiding over the best growth rate in the developed world could not win an election. It just doesn’t make sense. The salespeople of the Labor Government clearly have a lot to answer for.

In seasonally adjusted terms, GDP increased 1.2% in the June quarter, non-farm GDP similarly grew 1.2%. Through the year GDP growth was 3.3%. 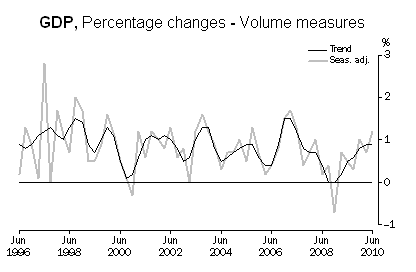 Good news in the ABS figures is that inflation has not yet become a problem. The chain price index for Household final consumption expenditure (HFCE) was 0.4%, compared to an increase of 0.6% in the Consumer Price Index (CPI) over the same period. The HFCE chain price index is the National Accounts measure most directly comparable to the CPI. Nor are wage rises getting out of hand. Both the trend Real Unit Labour Costs and the Non-farm Real ULC decreased 0.2% during the quarter.

Not the only ones. And we are getting worried about post-election negotiations to choose a government going on for two weeks! 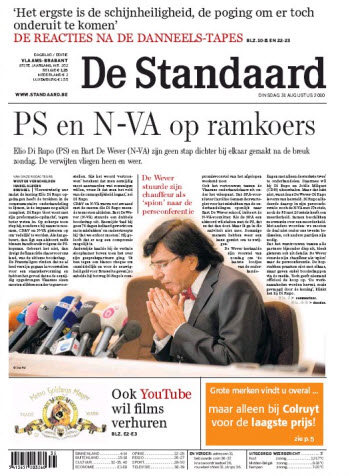 “PS and N-VA spoiling for a fight,” headlines De Standaard, which reports that two months after general elections, negotiations on the formation of a coalition in Belgium are now in total deadlock.

Back to the 1980s with housing. The oft forgotten part of the Labor Government’s economic stimulus program was the boost given to providing more government owned housing. Building approval figures out from the Bureau of Statistics show that in the year ended July public dwellings have provided the greatest share of the total since the mid 1980s. 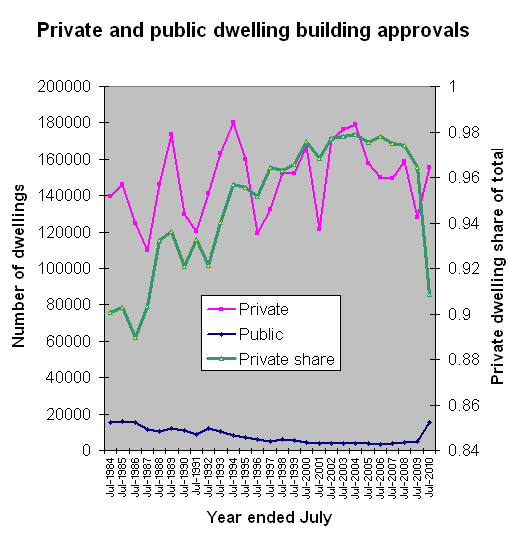 Pessimism about the USA. With so many countries — Germany, the United Kingdom, the rest of the European Community — thinking they can rely on increasing exports to stimulate their growth while cutting back their spending at home to reduce government debt, what is happening in the world’s biggest market takes on extra significance. And in the United States the signals are not good as its economy staggers along with unemployment still approaching 10 per cent and growth insufficient to stop it rising further.

These extracts from the article “No Clothes” on Tim Duy’s Fed Watch website give the flavour of the problems ahead.

“Rereading Federal Reserve Chairman Ben Bernanke’s recent speech and measuring it against the incoming data leaves me with a pit in my stomach. I sense Bernanke reveals in this speech he is the proverbial emperor without clothes, short on policy options but long on hope. A last ditch attempt to persuade us that as long as we don’t believe deflation will be a problem, it will not be a problem.”

“Bottom Line: Bernanke’s speech struck me as anything but reassuring. He made it clear that the Fed’s remaining options were weak and/or less than palatable for policymakers. With such low ammunition, how can we take seriously his conviction that the Fed will aggressively defend against the threat of deflation that is already upon us? Simply wait around for the fiscal policy backstop? Don’t hold your breath – this Administration is about to be on the run; they have already dropped the policy ball, and there will not be a second chance. We already had a lost decade, and another is upon us.”

Number of problem US banks keeps growing. And to give another example, the major Wall Street banks may be back in the business of paying big bonuses to staff but the United States banking system overall clearly still has its problems. 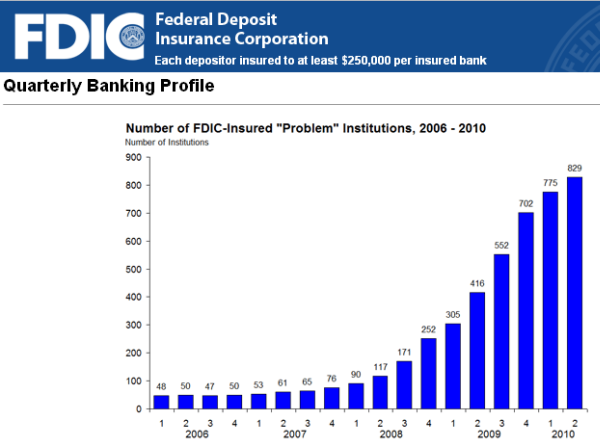 Overnight the FDIC reported that 829 banks with assets of $403 billion were now on its “problem” list. While the number was up from 775 banks at the end of the first quarter of this year, the total assets at risk was down slightly at $431 billion.

For all those with campaign withdrawal symptoms. The US Republican Party is bringing out The Young Guns as its campaign for November’s Congressional election gets under way. 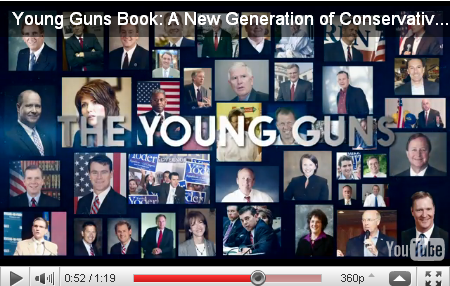 C’mon Richard, I read your resume and you’re a smart fella.

“The salespeople of the Labor Government clearly have a lot to answer for” is surely said tongue in cheek.

Not even god could have competed with the tsunami of misreporting and negative opinion through a coordinated anti Labor media with the sycophant ABC in tow.

I only see what’s obvious to me. You know from the inside exactly what went down, I’m sure and strength of its impact.