The InterAcademy Council found the UN Intergovernmental Panel on Climate Change (IPCC) had some major failings in the way it went about "providing policy-relevant information".

Doing climate change science better. The language was formal and measured but the message was savage enough. The InterAcademy Council (IAC), a multinational organization of science academies “created to produce reports on scientific, technological, and health issues related to the great global challenges of our time, providing knowledge and advice to national governments and international organizations”, found the UN Intergovernmental Panel on Climate Change (IPCC) had some major failings in the way it went about “providing policy-relevant information”.

Some examples from the section of the report on Transparency:

From extensive oral and written input gathered by the Committee, it is clear that several stages of the assessment process are poorly understood, even to many scientists and government representatives who participate in the process. Most important are the absence of criteria for selecting key participants in the assessment process and the lack of documentation for selecting what scientific and technical information is assessed.

… no matter how well constructed IPCC’s assessment practices may be, the quality of the result depends on the quality of the leaders at all levels who guide the assessment process. It is only by engaging the energy and expertise of a large cadre of distinguished scholars as well as the thoughtful participation of government representatives that high standards are maintained and that truly authoritative assessments continue to be produced. Moreover, the IPCC should think more creatively about maintaining flexibility in the character and structure of the assessment, including the number and scope of Working Groups and the timing of reports.

For a review by perhaps the world’s most prestigious scientific organisation of a Nobel prize winner the report was quite a severe rebuke. 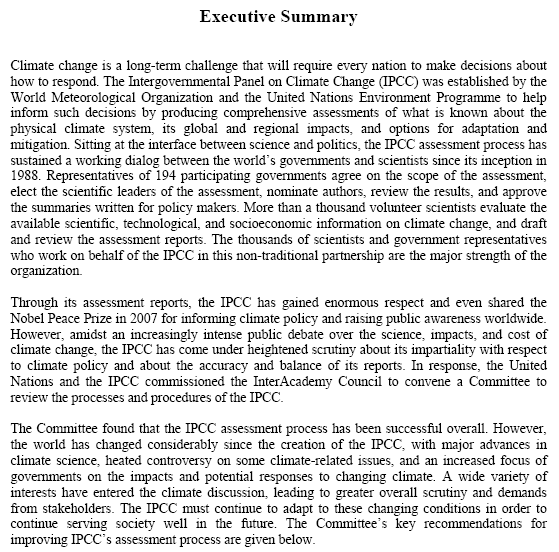 The need to get it right. That there is  need for the IPCC to do things better is clear from the continuing evidence that the scepticism produced by the mistakes in the last report have derailed international attempts to curb carbon emissions.

The Climate Action Tracker, a web-based assessment system that shows how the commitments of each country to reduce greenhouse-gas emissions contribute to total reductions globally are progressing, calculates there is a virtual certainty of temperature rises exceeding 1.5°C, with global warming by 2100 very likely to rise above 2°C and even a 50% chance of exceeding 3°C. 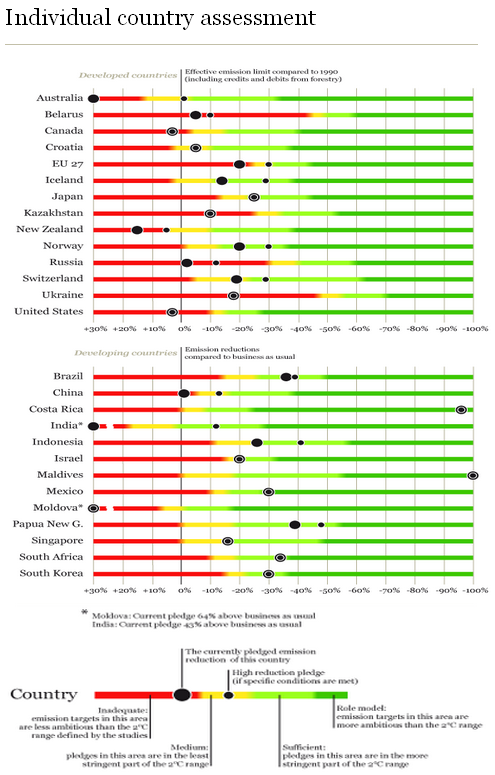 Canada attracting Tamils. There is nothing particularly unique about Australia attracting Sri Lankans to arrive by boat uninvited. Canada has become a prized location too and for ship loads rather than small boat loads.

Earlier this month 492 Tamil asylum seekers arrived in British Columbia aboard the MV Sun Sea and today the Toronto Globe and Mail reports on the arrival in Thailand of another major group awaiting a suitable ship to take them across the Pacific.

Putting Indonesians in prison more quickly. Perhaps the demonstrations in Darwin by the Indonesian crew members who brought boat people to Australia are at last getting the message that being part of the people smuggling business is not a simple way of supplementing a low income. The very fact that they do not like the conditions they are being held under is the best possible way of cutting off the illegal trade.

By all means speed up the process of charging them with an illegal activity and transfer them to a Darwin jail from as detention centre after a court appearance but continue to send the message that the price of aiding and abetting people smuggling is being locked up for a long period.

Re “Putting Indonesians in prison more quickly”. Apart from the terrible syntax, it is disappointing to see Richard Farmer following the fascist right wing line with approval of harsh treatment of so-called “people smugglers”. There is an answer to this non-existent problem. Process asylum seekers onshore in conformance with our obligations before letting them out into a welcoming and sympathetic Australian public. The sailors who crew the boats should be treated well and repatriated to Indonesia on normal commercial flights. this would be much, much cheaper than the ridiculous farce we now have.