It seems The Age will accept any advertiser who'll pay the big ones these days. Plus, maaaaate, check out Seven, UK TV "lacks balls" and other media news of the day.

Desperate times call for… It seems The Age will accept any advertiser who’ll pay the big ones these days. On page three of this morning’s edition: 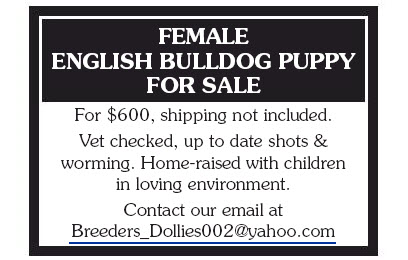 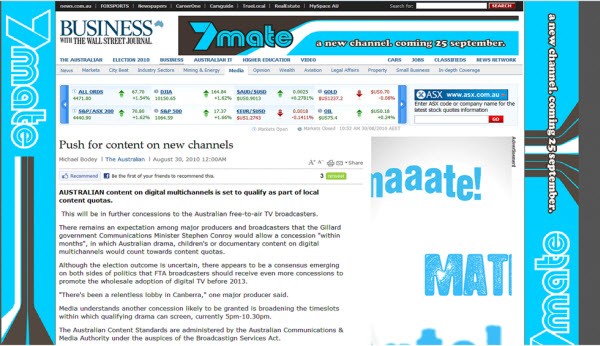 “…marketing experts say companies these days are quicker to pull the trigger on a voluntary product recall both in the hopes of averting legal problems down the road and as they come to grips with conducting business in an ever-more transparent world where consumers air their grievances via Twitter and Facebook and government agencies are right there to listen.” — Advertising Age

“How will new media replace old media? The rise of independent journalism startups, combined with the shrinking of mainstream news organizations, provokes the question… more attention should be given to the concept of collaboration — not competition — between new and old.” — Poyntor

“USA Today to lay off 130 as it de-emphasizes print edition…About 9 percent of the workforce will be cut. Gannett’s flagship paper will no longer have separate managing editors overseeing its News, Sports, Money and Life sections.” — Associated Press

“Paul Abbott, the creator of Shameless and State of Play, has criticised the “disturbing level of self censorship” that sees UK dramas commissioned only in short runs.” — The Guardian

How to deal with iPhone/BlackBerry addicts

“It seems crazy to need to write this, but I will: It’s not polite to use a BlackBerry or iPhone at the table. Ever. It’s bad manners, because you are neglecting your dining partners. (I’d rather see people talk with their mouths full. At least then they’re engaged in the conversation.)” — CBS

“…my proposed list of 10 commandments every Facebook user should be forced to follow or else suffer an eternal afterlife of emoticons and fundraiser pleas from high school algebra partners. 1. Thou shall not post or tag friends on embarrassing or incriminating photos.” — The Frisky