I did not misunderestimate Tony Abbott

With the Coalition gaining a 3% swing in the poll, many of its supporters are enjoying a ‘told ya so’ moment about the electability of Tony Abbott. James Paterson (not the thriller writer) brought them all together in an article for the Oz Spectator, rounding up the usual suspects. Your correspondent was surprised and pleased […] 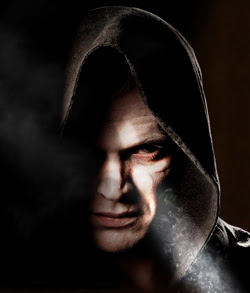 With the Coalition gaining a 3% swing in the poll, many of its supporters are enjoying a ‘told ya so’ moment about the electability of Tony Abbott. James Paterson (not the thriller writer) brought them all together in an article for the Oz Spectator, rounding up the usual suspects. Your correspondent was surprised and pleased to be included:

And Crikey’s resident angry former Marxist, Guy Rundle, after comparing Abbott to Taliban leader Mullah Omar… …boasted that ‘vanquishing Abbott shouldn’t be too hard’ because Abbott is ‘a weird little creep’ who would destroy himself without much help.

Please because at least someone is paying attention (former Marxist?), surprised because taken out of full context the quote is exactly the opposite of what I suggested. Here’s the full quote:

The possession of an idea of politics, of what it is as a distinct activity, has thus given Abbott an instant towering quality, compared to the people around him. Turnbull, Hockey, Nelson — these were political kalkitos figures. Remember Kalkitos? Those transfer figures —   soldiers, astronauts etc — that you attached to a cardboard landscape with a pencil? That’s been the Liberal Party for two years. Abbott is no kalkitos, and he may well give the party a sense of purpose and forward motion. But he will do so from the deep wellsprings of his own politics, of a sense — literal or otherwise — that the world is simply a shadow of a deeper order….

…With the election of Abbott, Labor has no choice but to make this a fight between modernity and its other….That shouldn’t be too hard, if Labor maintains a positive message about modernity, hope and possibility, and what a weird little creep Abbott ultimately is.

‘towering quality…purpose and forward motion…deep wellsprings….’, yeah I really underestimated that guy, didn’t I? My point was that Labor, using intelligence, grace and wit, should have drawn all Abbott’s weirder attitudes out – not as the main game, but as a side issue that put him on the defensive.

My one error was to say that shouldn’t be too hard – but that was not because I underestimated Abbott, but overestimated Labor (merely saying that Labor has a pulse would have been to overestimate them). What could Keating or Hawke, with Watson, Freudenburg, Ellis etc etc have done with Abbott’s remark about his daughters’ virginity? A direct assault wouldn’t work, but four well-placed jokes could have had people snickering every time Abbott posed with near teenage girls. At that point, Abbott could have announced a cure for cancer, and no-one would have noticed. As with ‘can a souffle rise twice’ and ‘I want to do you slowly’, a single well-chosen line would have resituated Abbott entirely.
Why didn’t Labor do that? Because they would have had polling that nine people and a cane toad in Queensland think Jesus rode a dinosaur to church,and might not attacks on Abbott’s medieval Christianity. But that’s the whole point of humour. It allows you to say something while not doing so. Humour is the way you bring voters over the line – making it impossible for them to vote for your opponent, because they simply can’t take her/him seriously, even if they feel closer to your opponent’s politics

Strategically, this inability to stitch Abbott up – as a religious conservative of a European reactionary type, as an essentially un-Australian figure – was one key reason why Labor couldn’t lay a glove on him. Given that they didn’t have stability or incumbency as much of a backstop, you would have thought that painting Labor as, in the last analysis, the sane party, would have been one useful substitute.

But doing that would have required some breadth of knowledge, and Labor’s new supremos know nothing except numbers and polling – the not un-useful set of techniques that, when raised to the status of politics tout court, become a self-defeating pseudo-science. Politics will always be an art, not a science, and the character of an art is that the skills it demands can never be reduced to a series of methods. Labor’s hacks have reduced their party to this pathetic state because it’s all they know, and encouraging any other methods would endanger their control of it, retention of which they regard as a higher priority than winning.

So I over-rated Labor, but I never underestimated Abbott. Labor never estimated him at all. I dont know what any of them did for the first two weeks of the campaign, maybe they were still on holiday. Two fourteen year olds riffing at a bus-stop could have got Abbott’s measure, but it well beyond Labor’s collective wit.
Meanwhile, I stand by my assessment that Abbott has some fatal speck of narcissism that will never allow him to give of his all – hence the botched health debate early on, hence the botched broadband thing on 7.30 Report, and the ongoing botching of negotiations with the rural independents,the doubty three. The one thing he could fix by simple hard work – debate and interview prep, mastery of the details – he flubs. Why? Because it’s the one thing that’s most flubbable. You simply don’t do the work, and then you say …’man, if I’d done the work, I would have nailed it. Now we’ll never know.’ Should his sloppy and evasive work on costings give the doubty three the pretext to back Labor, he can then sail back into Opposition with that tune ringing in his head. If he ever manages to fix this tic, he’ll be unbeatable – should his divided party give him a second chance (and of course by next week he may be PM).

But as bad as this would be for Abbott, it would be catastrophic for his fan club in the commentariat. While Abbott draws his strength from the Holy Trinity (Santamaria, George Pell and Christopher Pearson), they – dispirited cosmopolitans with a right-wing branding – draw their strength from Abbott. They don’t partake of his medieval mind-set, but they’re glad someone does, it’s a last resort gold standard for the deflated currency of their ideas. Should he remain opposition leader, hoping for a governmental collapse, he will do so under a bad sign, that of being Gillard’s bitch, Holofernes to her Judith. Should he vacate the leadership – well, who else is there? And where would he go? And what will become of poor old James Paterson and Tom ‘Heidi’ Switzer, who warm their chapped hands by the glow of his burning zeal?