Bob goes global … the best websites of the year …

What does the world make of Bob Katter? His trademark cowboy hat was dominating the international edition of the New York Times website this morning. Plus, the return of Satin Watch and other media news from around the globe.

Rural pollies make global headlines. What does the world make of Bob Katter? His trademark cowboy hat was dominating the international edition of the New York Times website this morning … 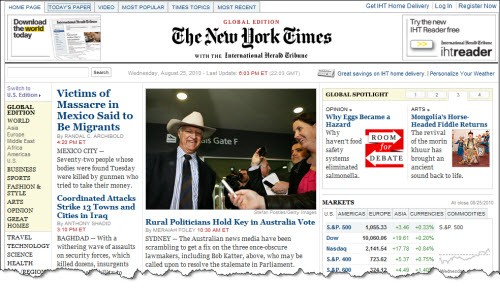 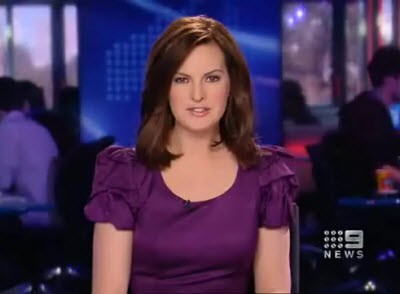 “From the helpful to the distracting, the big hitters to the unknowns, TIME offers a road map to the best of the web.” — Time

Washington Times thanks God for survival

“The executive editor of The Washington Times says the owner of the financially troubled newspaper has reached a preliminary agreement to sell the paper to a company affiliated with the Unification Church.” — Huffington Post

Do you hear that? The sound of girls’ hearts breaking

“Hamish & Andy are quitting their nationally syndicated Today Network drivetime show — the most listened to in Australia — the duo have announced.” — Mumbrella

Oodles and oodles of Google

“[Tech Crunch’s] comprehensive record of the search giant’s [Google] ploy for world domination, or whatever they’re calling it these days.” — Tech Crunch

“Shareholder trading values Facebook at more than $33 billion … With shares selling for up to $76, investors are calculating social networking site is worth nearly twice as much as Yahoo!” — The Guardian